Political Risk: Germany Pledges to Speed Up Vaccinations
31
At the beginning of February, Chancellor Angela Merkel announced that all German citizens will be able to receive a COVID-19 vaccination by the end of the third quarter of this year. Achieving this goal requires rapid delivery of doses and vaccinations. Failure to keep the promise may jeopardise the political fortunes of the Christian Democrats in the Bundestag elections and slow the lifting of restrictions in the economy of Poland’s most important trading partner.
Lidia Gibadło 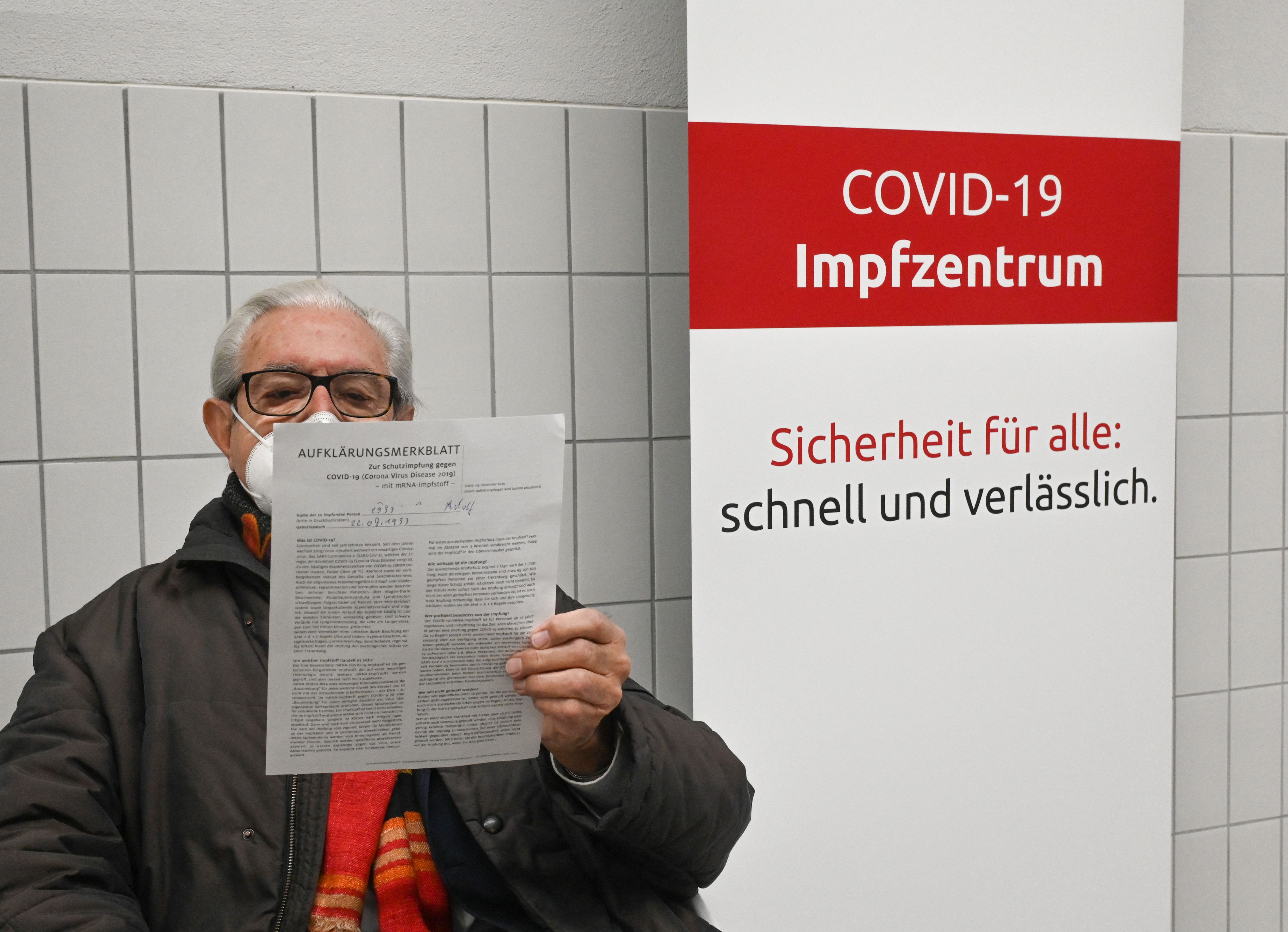 The declaration by the head of the German government was preceded by a meeting with the prime ministers of the federal states, representatives of pharmaceutical companies, and scientists and was intended to calm a public concerned about the slow rate of vaccinations. According to data from the Robert Koch Institute (RKI), from the end of December 2020 to February 9 this year, just 2.9% of Germany’s population had received the first dose of the vaccine and just 1.3% had received both doses. At the same time, according to research by the Infratest dimap institute in February, 76% of respondents declared their willingness to take a vaccine. The discrepancy between vaccination readiness and the vaccination rate, as well as reports of rapid progress in the vaccination process in countries such as Israel, results in a negative evaluation of the entire process (68% of those polled) and of the management of the pandemic crisis by the federal and state authorities (52%). Although this has not yet led to a decline in the ratings of the “grand coalition” and confidence in Chancellor Merkel, in the run up to the fall elections, the low level of COVID-19 vaccinations may pose a political risk.

As in other EU countries, Germany’s main problem is the insufficient deliveries of vaccines. According to data from the federal ministry of health, Germany has reserved 242 million doses from vaccine providers since the beginning of the pandemic: 56.2 million from AstraZeneca, 55.8 million from the Biontech-Pfizer consortium, and 50.5 million from Moderna. The remaining vaccines (37.25 million doses from Johnson & Johnson and 42 million doses from CureVac) have not yet been approved. In addition, Germany will receive 30 million doses from Biontech-Pfizer and 20 million from AstraZeneca as part of purchases outside the EU bloc system. However, this does not mean that Germany will get the reserved number of vaccines on time. In January, both Biontech-Pfizer and AstraZeneca cut deliveries to the EU, and leading government officials and regional prime ministers dampened hopes of a sharp acceleration of vaccine deliveries. The number of available doses of the Biontech/Pfizer vaccine is also limited due to the need to provide a second dose of the preparation needed to achieve full immunity.

The lack of vaccines has also resulted in problems with the coordination of the vaccination process. In line with the national strategy of November 2020, the federal authorities are responsible for purchasing, financing, and prioritising COVID-19 vaccinations, while the federal states are responsible for providing the infrastructure, personnel to perform the vaccinations, and preparing a registration system. As a result, there are different systems for making appointments for vaccinations across Germany, which makes it difficult to manage the process and collect data: in January, the RKI data differed from those published by the regional ministries of health.

The low vaccination rate is also the result of bureaucratic procedures. The group that received the vaccine first included residents of nursing homes and retirement houses, who are often unable to declare their consent to receive the vaccine due to their health condition. In this situation, the responsibility for submitting the declaration fell on their guardians or legal representatives after a consultation with an accredited doctor, which lengthened the vaccination period for the group at highest risk and slowed the pace of subsequent vaccinations. Streamlining the process is to be ensured by a Ministry of Health order that entered into force on 8 February. The new regulations make the vaccination process more flexible and are intended to prevent situations when unused doses of the vaccine must be thrown away.

The slow vaccination process and growing social impatience are generating political disputes: the co-ruling SPD has shed responsibility for the problems with vaccinations because, in this, an election year, it may burden it as a coalition partner of the larger partner, the Christian Democrats. Since January, the Social Democrats have been taking steps to present the federal health ministry led by Jens Spahn (CDU) as the one to blame for the low immunisation rate. In January, the prime ministers of SPD-run states and the minister of finance, Olaf Scholz, sent Spahn a catalogue of questions about the slow pace of vaccinations and problems with the supply of vaccines, to which the minister had to answer in the Bundestag. Although the Christian Democrats refute the accusations, pointing to the need to reform the federal system and adapt it to fight the pandemic, some of them hold EU institutions responsible: according to the head of the CSU and Bavarian prime minister, Markus Söder, the EU is to blame for not securing enough does and for ordering them too late.

The slow vaccination rate is also an argument used by the opposition to win over CDU/CSU and SPD votes in the upcoming elections. In March 2020, the Greens, the Free Democratic Party (FDP), and Die Linke avoided criticising the government because, at the start of the pandemic when there was a spike in the number of cases, such a reaction would have been seen as a lack of solidarity in the major crisis. From the perspective of the ruling coalition’s competitors, seven months before the Bundestag elections and one year after the outbreak of the pandemic, the time has come to evaluate the actions of the federal government. Blaming the central government in Berlin for mistakes in the fight against the pandemic and for the ineffectiveness of the vaccination process is also an opportunity for the Greens, FDP, Die Linke, and Alternative for Germany (AfD) to strengthen their positions in this year’s state elections.

Chancellor Merkel’s announcement that Germany will speed up the vaccination process is a kind of political commitment that will largely determine the success of the Christian Democrats in the Bundestag elections. If the federal government fails to provide Germany with faster vaccine deliveries and streamline the process, the CDU/CSU may lose the support it won during the pandemic (+8 percentage points compared to March 2020). The Christian Democrats’ loss would be the Greens’ gain, as it probably would be the second-strongest grouping after the federal elections and put it on track for talks on the formation of a coalition.

Further problems with the vaccination process may also generate additional tensions within the Christian Democrats, especially if the slow vaccination rate harms the party’s results in the March state elections in Baden-Württemberg and Rhineland-Palatinate, reducing their chances of taking power in both regions. Failure to achieve this goal will weaken the authority of the new CDU chairman, Armin Laschet, and thus may reduce the likelihood of him receiving the chancellorship nomination in the Bundestag elections.

Blaming the EU for too few vaccines is an opportunity for the anti-European AfD to win additional votes in an election year. This could empower Eurosceptics and help win over voters, especially during this year’s elections in the eastern federal states where AfD enjoys a lot of support.

The ineffective coordination of the vaccination process between the federal and state authorities is an argument for supporters of systemic reform in Germany. It is possible that further problems with the management of the fight against the COVID-19 pandemic will induce political parties to rebuild the federal system after the elections to the Bundestag and transfer more competences in health policy and education to the central government in Berlin.

The pressure related to the low level of vaccinations increases the likelihood that Germany will cooperate with Russia on the production of the Sputnik V vaccine, provided that it is authorised by the European Medicines Agency (EMA). However, a Civey institute survey from the beginning of February found that just 4.3% of the respondents declared they preferred the Russian vaccine. Its potential launch in Eastern Germany (Dessau, Saxony-Anhalt) may strengthen pro-Russia sympathies in this part of Germany and would be used in Russian propaganda and as an argument for opponents of tightening policy towards Russia. At the same time, the speeding up of the vaccination process depends on the pace of the economic recovery in Poland’s key trading partner: a higher vaccination rate combined with a drop in the number of cases will allow Germany to reduce or eliminate pandemic restrictions and will result in an increase in demand for goods and services, for which Poland was the fifth-largest supplier in 2019.