Home Page The Limits of a Protest Party’s Success: Challenges for Alternative for Germany

The Limits of a Protest Party’s Success: Challenges for Alternative for Germany
50(1798)/2019
Winning third place in the 2017 parliamentary election and introducing representatives to the assemblies of all constituent states anchored Alternative for Germany (AfD) on the German political scene. This allows the party to set another goal: enlarging representation in the European Parliament and landtags in the east of Germany. However, image problems and divisions within the party are a barrier to further growth of support, whereas the lack of coalition capability prevents AfD from transforming electoral successes into co-management at the state and federal level.
Lidia Gibadło 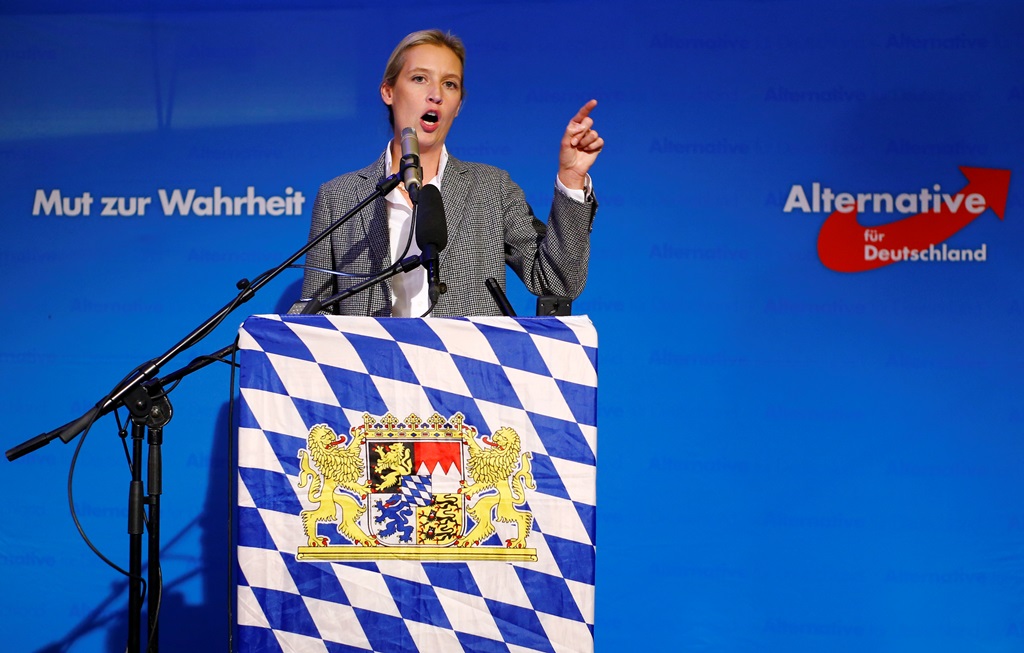 The result of the 2017 election was the biggest success of AfD, established four years earlier. Winning 12.6% of votes, it became the largest opposition party in the Bundestag. Over a year later, the group gained representatives in the Bavarian and Hesse landtags, the only state parliaments in which it had no representation. The party leaders can also be satisfied with their prospects in the elections in Brandenburg, Saxony and Thuringia, which will be a chance for AfD to become the second political force in the east of Germany. Polls also indicate that, during this year’s elections to the European Parliament, the party may improve on its 2014 result of 7.1%.

Sources and Structure of Support

An element of AfD’s uniqueness, and the main reason for its success, is the party’s critical attitude towards migration and asylum policy, and the future of the Eurozone. These themes have dominated German public debate in this decade. AfD is the only party in favour of a return to the German mark. It was a consistent critic of the actions of Angela Merkel’s government during the 2015 migration crisis, and recognises the restrictions introduced so far as insufficient. Thus, AfD filled a niche in the German party system, winning over voters whose views in both areas were not represented by any of the other mainstream groupings.

This, combined with AfD’s opposition to both the current political system and the credibility of mainstream media allowed the party in 2017 to mobilise voters who had not participated in previous parliamentary elections. It was this group that showed most support for AfD, making up 24.8% of the party’s votes. A similar tendency can be seen in the elections at the state level, for example in Hesse, Bavaria and North Rhine-Westphalia.

The AfD’s anti-establishment image works particularly well in the eastern part of Germany. According to research carried out by the Allensbach Institute in January 2019, residents of the former German Democratic Republic have lower confidence in the judiciary, feel less secure in the event of illness or unemployment, and are much more sceptical about the effectiveness of state institutions. Taking skilful advantage of social moods, AfD won nearly 22% support in the most recent parliamentary elections in eastern Germany (compared to 10.7% in the west of the country).

The favourable results at federal and provincial level are also due to the acquisition of Christian Democrats’ voters, disappointed by the programme shift to social democracy. Implementing centre-left proposals (such as abandoning nuclear energy and ending compulsory military service) won them some voters from SPD and the Greens, but some of CDU’s more traditional right-wing supporters switched to AfD. In this way, 24.8% of the Christian Democrat voters who decided to vote for another party did so in favour of AfD during the recent Bundestag elections.

Although AfD has been building up its position on the German political scene since its establishment, the process of political strengthening is uncertain. First, it has a problem with winning new groups of voters due to its image as a party serious about only two issues. Focusing on criticism of the government’s migration and Eurozone policies, AfD's proposals in the social or fiscal spheres are overlooked and fail to break into mainstream public debate.

The party also has to reckon with increasingly fierce competition for right-wing voters from the Christian Democrats. Annegret Kramp-Karrenbauer, the new CDU chairwoman, does not hide the fact that the aim of the party under her leadership is to regain the voters who supported AfD. This is to be assisted by a programmatic shift to the right, distancing the party from Merkel’s political course and presenting a conservative vision of European integration.

AfD’s internal situation is another problem. The division between moderate activists and those sympathising with the radical nationalist group “Wing” is becoming increasingly visible, and threatens a third split within the party. There may also be legal problems for AfD, as “Wing” and the party youth organisation are classified as a “suspected cases” by the Federal Office for the Protection of the Constitution, in relation to activities threatening the democratic order of Germany.

AfD is also alleged to have broken election finance law in relation to campaigns by Alice Weidel (the head of the party’s Bundestag faction) and Jörg Meuthen, the main candidate in the elections to the European Parliament. In addition, the party’s credibility is weakened by its politicians’ contacts with the Russian authorities, and by media reports about Moscow influence over Markus Frohnmaier, representing AfD in the Bundestag.

The perceived limitations of the party’s programme, along with its legal problems, condemns AfD to political isolation at both state and federal level. The groupings present in the Bundestag and the landtags have ruled out the possibility of forming a coalition with AfD, for fear of losing voters discouraged by establishing cooperation with an extreme right-wing nationalist party which is under investigation by counter-intelligence services and has members suspected of breaking the law and maintaining close contacts with Russia. AfD’s performance in recent elections rule out the possibility that it could form a government on its own, so it will continue in its role as deeply critical opposition party.

The arrival of the far-right party of protest influenced the shape of the German political scene. AfD is primarily the Christian Democrats’ competitor in the battle for the right-wing electorate. In order to regain the voters who switched to AfD, the CDU proposes tighter migration policy and criticises plans to expand the social policy formulated by the SPD. If the Christian Democrats maintain this course, it can be expected that they will gradually win back disappointed voters, thus marginalising AfD. Yet the price for this is likely to be the loss of more centre-oriented voters to SPD or the Greens.

Although other parties refuse to cooperate with AfD in federal or state assemblies, it may influence the existing political system. AfD’s good election results in the east of Germany will force the mainstream parties to engage in broad coalition negotiations, which may complicate the process of forming state governments. The resulting tensions at regional level may further weaken a federal government plagued by disputes, and thus contribute to its collapse.

For pro-European forces, the AfD’s chance to expand its representation in the European Parliament pose a risk. Increased funds for party financing, the opportunity to deliver longer speeches, and a better chance of filling posts in the EP may prove persuasive arguments for AfD to join forces with the Italian League, the French National Assembly, the Danish People’s Party and the Finns Party. If, after the election, the Eurosceptic parties eventually succeed in creating a common faction, AfD could be one of its leading forces.

From the Polish perspective, the political isolation of the pro-Russian and anti-European party is good news. However, the negative consequences for Germany’s political stability in the event of a good result for AfD in this year’s elections in the former German Democratic Republic, and the prospect of a stronger grouping of Eurosceptics in the EP may be of concern. AfD’s desire to limit cooperation within the EU, shared by other extreme parties, could destabilise the situation in Europe, which would be beneficial for Russia in light of Moscow’s aggressive policy. 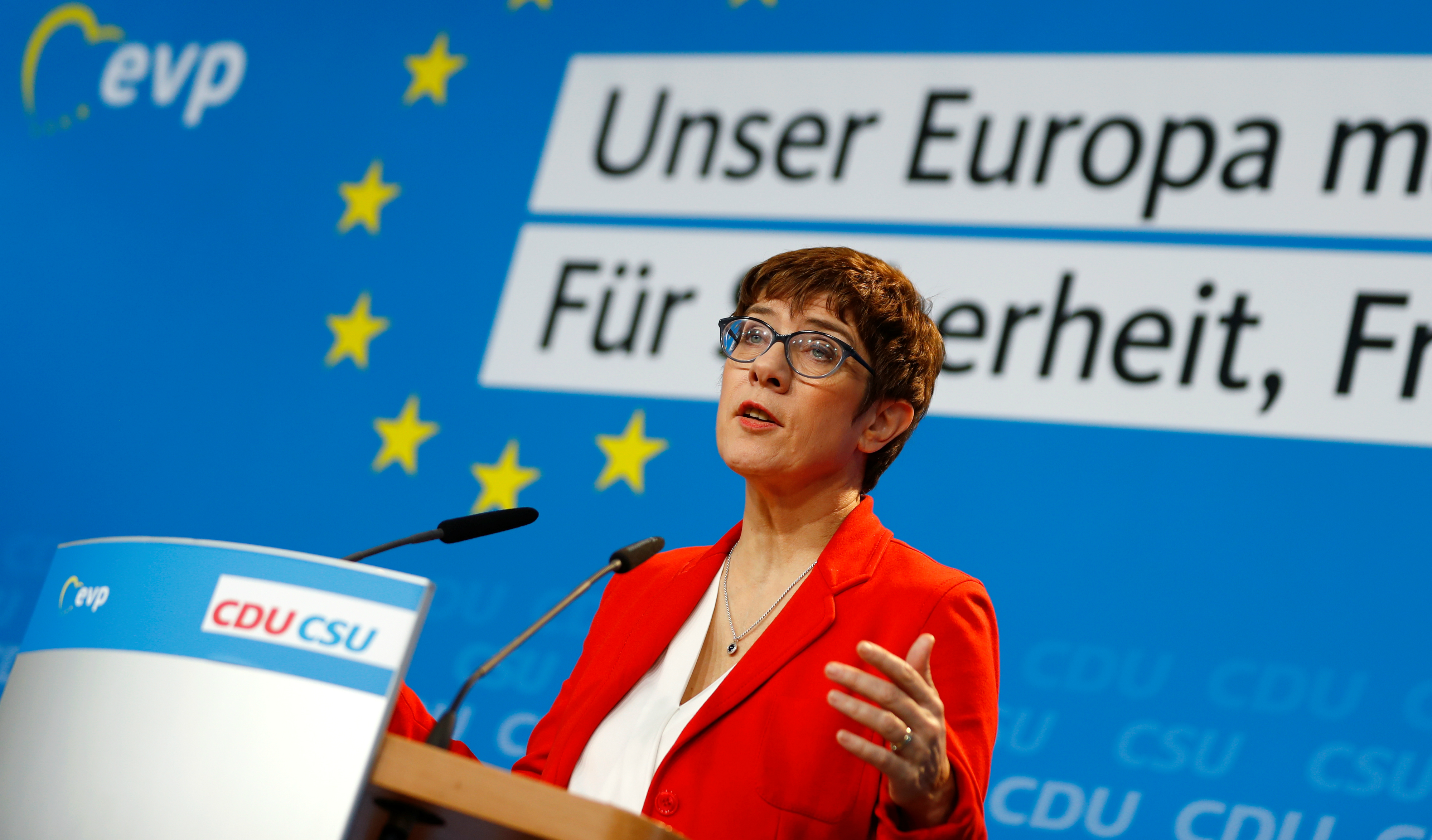 Elections in Saxony and Brandenburg. Tough Victory for CDU and SPD
Lidia Gibadło 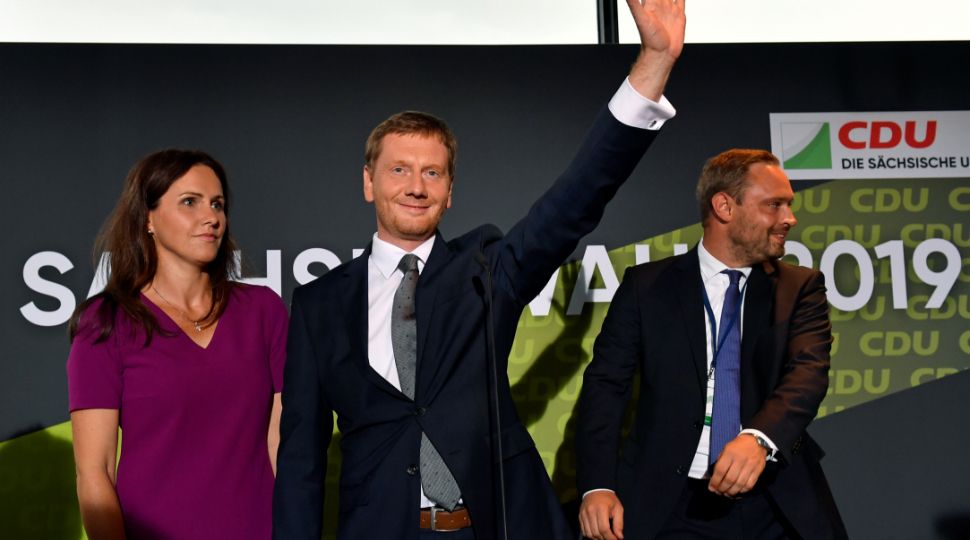