Russia has completed the annexation of the Donetsk, Luhansk, Kherson, and Zaporizhzhia regions, which belong to Ukraine. Their annexation to Russia is an escalation of the conflict and a blatant violation of international law without legal consequences. Countries supporting Ukraine should underline the illegality of Russia’s actions to persuade developing states that have so far been ambivalent in their stance towards the war to side with Ukraine.

What steps did Russia take?

Following the sham referendums in the occupied territories of Ukraine, on 30 September, Russian President Vladimir Putin concluded agreements with the puppet authorities of these areas to incorporate them into the Russian Federation. Both chambers of the Russian parliament ratified them on 3 and 4 October, and also adopted constitutional laws regulating the annexation process signed by Putin on 5 October. On this basis, Russia intends to treat the occupied areas as part of its territory—the Donetsk and Luhansk regions as republics, and Kherson and Zaporizhzhia as Russian regions. Although they are not even fully controlled by the Russian military, the republics are to exist within the boundaries defined in their constitutions and the Russian regions within the boundaries “existing on the day of their incorporation” (Russia considers 30 September to be this day). Russia has automatically granted the inhabitants of these areas citizenship with the possibility of renouncing it within a month of annexation. A form of pressure on them not to exercise this option is a guarantee of employment until the beginning of 2026 for Russian citizens only. The legislation also sets out rules for the establishment of Russian administrative and judicial bodies in the occupied territories and provides for the replacement of the Ukrainian hryvnia with the Russian rouble from 2023.

How should the annexation be assessed from the point of view of international law?

The annexation of the occupied Ukrainian regions and the actions that are to follow it constitute a flagrant violation by Russia of the sovereignty, political independence, and integrity of Ukraine within its internationally recognised borders and a violation of the prohibition of interference in its internal affairs. These principles derive, among others, from the UN Charter, the CSCE Final Act, and the 1994 Budapest Memorandum. They are also enshrined in numerous UN General Assembly resolutions, both general and universal, such as the 1970 Friendly Relations Declaration, as well as directly concerning Ukraine, including the 2014 Resolution 68/262 adopted in response to the annexation of Crimea.

The illegality of the annexation is part of a series of overtly hostile actions against the rules-based international order taken by Russia that includes the recognition and support of the separatist republics of Abkhazia and South Ossetia, the annexation of Crimea, and the recognition of the “People’s Republics” in the Donbas.

What are the practical implications of the lack of legality of the Russian actions?

All the regions remain occupied parts of Ukrainian territory and not part of Russia. Russia cannot claim any rights to them, including the right to use nuclear weapons to defend them (the 1996 advisory opinion of the International Court of Justice grants such a possibility only in case of self-defence of a state’s own territory, provided that the very survival of that state is at stake). Annexation also does not absolve Russia of its obligation to comply with the Fourth Geneva Convention, which includes prohibitions on extending penal provisions to the population of an occupied territory or forcing them to serve in the armed forces of the occupying power.

The illegality of the annexation also entails the obligation of third states not to recognise its effects, as was the case with other territorial acquisitions obtained by force, such as the annexation of Kuwait by Iraq or East Timor by Indonesia. Thus, third states should not, among others, recognise passports or other documents, court sentences, etc. issued by Russian bodies established in the regions, except for humanitarian reasons in a specific case.

How have opponents of the annexation reacted and what more can be done?

The annexation has been condemned by, among others, the G7, the EU, NATO, the OSCE, the Council of Europe, and many representatives of states, albeit mainly developed ones, as well as by the UN Secretary General. New sanctions have been imposed on Russia by the U.S., and further sanctions have been announced by the EU and the UK, among others. However, a UN Security Council resolution condemning the annexation was vetoed by Russia (Brazil, China, India, and Gabon abstained).

The response to the annexation should be widespread non-recognition, as well as further sanctions against Russia that are as severe as possible, and support for Ukraine, including arms supplies. It is in the interest of Poland and other states opposing the annexation to persuade developing countries to jointly refuse to recognise it during the vote in the UN General Assembly scheduled for next week (the resolution to refuse to recognise the 2014 annexation of Crimea was supported by 100 states against 11, but as many as 82 abstained or did not participate in the vote). It is important to point out to these states the dangers of challenging the rules-based international order and emphasise their obligations, such as the one not to recognise illegal territorial acquisitions spelled out in the 1933 Montevideo Convention, binding on most South American states. 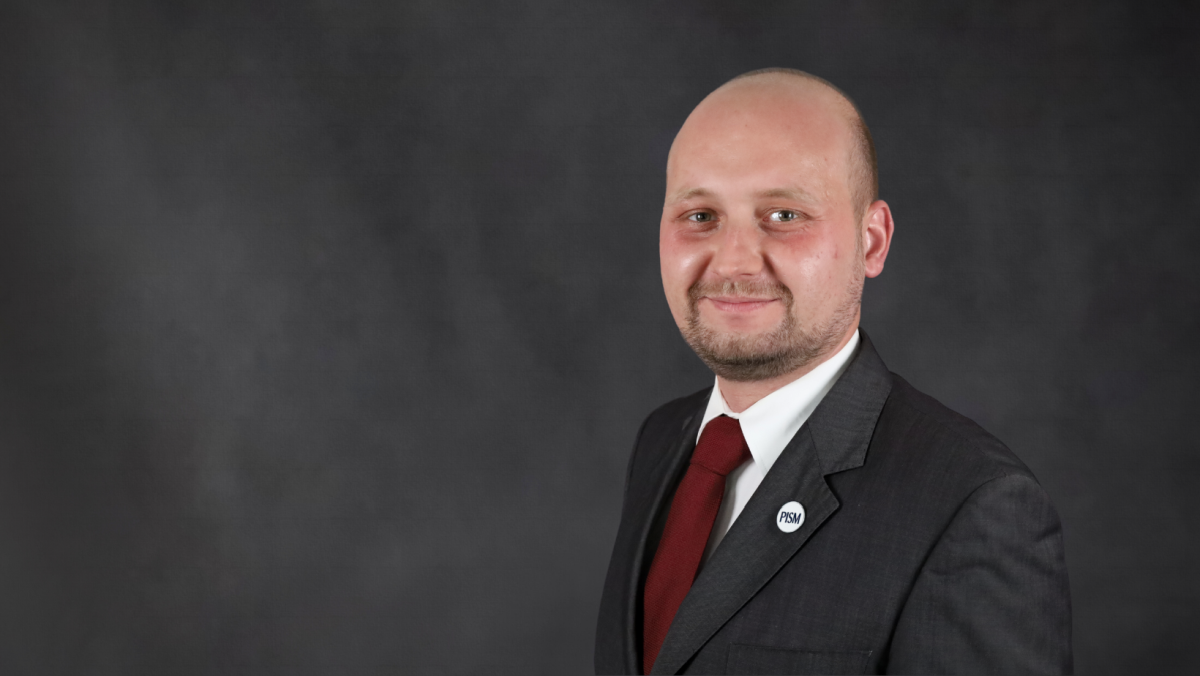 Prospects for Russia’s Policy Towards the South Caucasus
Arkadiusz Legieć 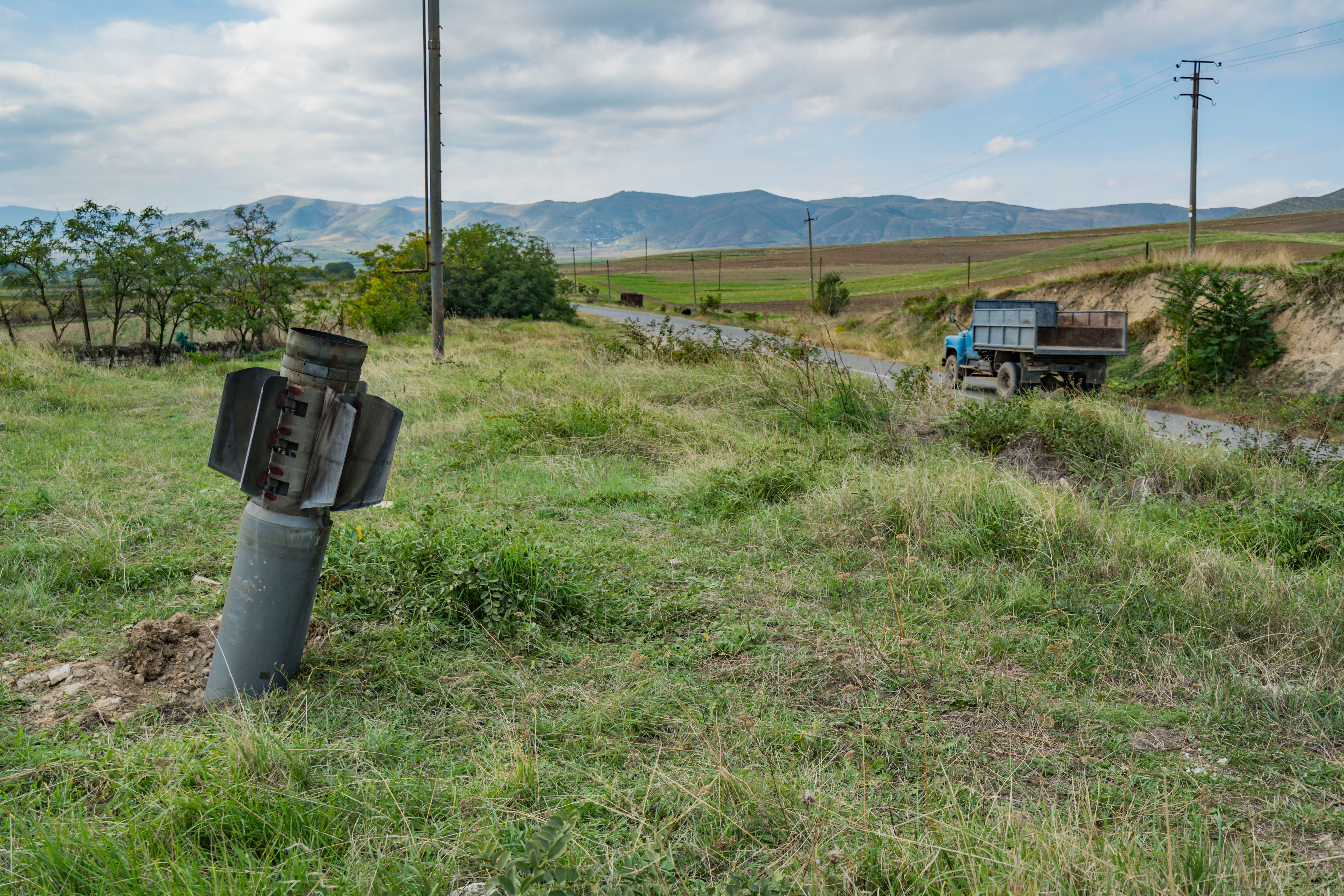