In response to the attack on Ukraine, most international organisations have condemned Russia’s actions. Suspension of the aggressor’s rights or expulsion has been less frequent because of how the organisations make decisions or the arrangement of political forces, among other reasons. Deprivation of membership also poses a risk of being interpreted by Russia as exemption from some international obligations. An alternative to the suspension of membership rights is to use other forms of limiting cooperation with an aggressor, which may be a solution that may be promoted by Poland. 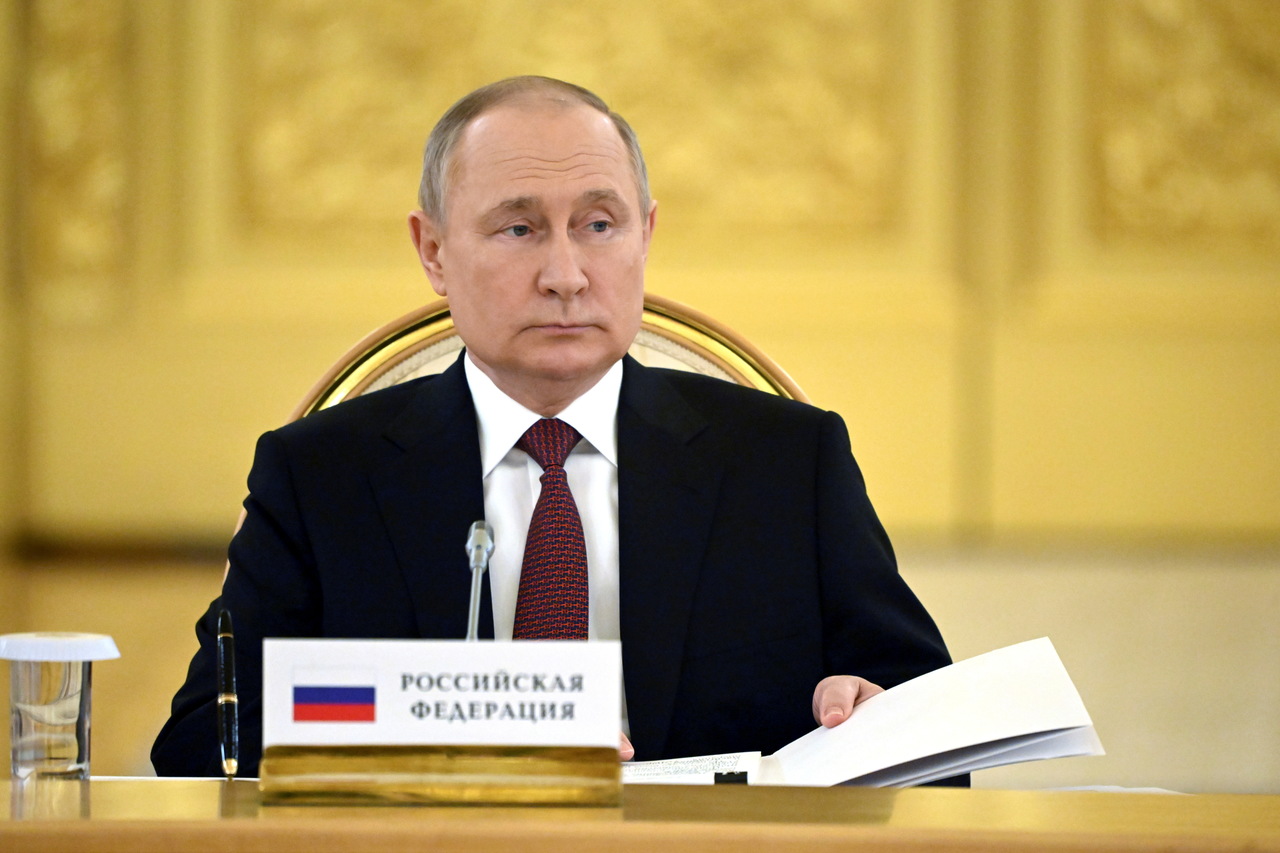 Restrictions on Russia’s activity in international structures may consist of a temporary suspension of membership rights or removal from an organisation. So far, Russia has been deprived of membership only by the Council of Europe (on 16 March). The Council of the Baltic Sea States (on 5 March), the Bank for International Settlements (10 March), the International Council for the Exploration of the Sea (30 March), and the World Tourism Organisation (UNWTO, 27 April) have all suspended Russia’s membership. The OECD suspended Russia’s participation in its bodies and froze its accession process, which the organisation had already delayed since 2014. The suspensions are usually applied without specifying a specific end date.

Not all proposals for restrictions have been implemented. In April, the European Parliament unsuccessfully called for Russia’s exclusion from the G20, Interpol, the World Trade Organisation (WTO), UNESCO, and others to communicate to it that the international community will not go back to business as usual after the aggression. Poland has called for the exclusion of Russia from, among others, the International Atomic Energy Agency (IAEA) and UNESCO. It also supported the UK’s demands to change the venue of this year’s session of the UNESCO Intergovernmental Committee for the Protection of World Cultural and Natural Heritage, scheduled for June, from Kazan. At the initiative of the Russian ambassador, who currently presides over the Committee, the summit was only postponed, without specifying a new date.

The stalemate in attempts to deprive Russia of membership or suspend its rights in organisations in some cases results from the lack of an explicit legal basis for such actions. When there are no procedures, states justify their proposals for excluding Russia with the goals of the organisation, which oftentimes include the aim of peaceful cooperation. The argument that cooperation is not possible with a state violating the peace was made by, among others, Lithuania in its attempts to exclude Russia from UNESCO. This justification also was used by the UNWTO, which in its regulations allows the Assembly to suspend a member pursuing a policy that is contrary to the basic goals of the organisation, including the promotion and development of tourism for peace.

Expulsion procedures may also be particularly complex and time-consuming, and therefore difficult to carry out. In the case of the WTO, it is possible if its members change its functional acts, including rules pertaining to members’ rights or obligations, by a two-thirds majority vote followed by a three-fourths vote setting a time limit for a country to adapt to the rules, withdraw from membership, or obtain consent to remain in the organisation. As a result of the difficulty in expelling Russia, some countries choose to act bilaterally. For example, Ukraine and Canada withdrew trade preferences for Russia under WTO national security exceptions that may be applied in the event of war or another emergency in international relations.

Another obstacle may be the composition of the structures or the cast of their organs. Although the U.S. and Australia, supported by the G7, proposed to exclude Russia from the G20, this decision requires unanimity, making it easy for China, India, Saudi Arabia, Brazil, South Africa or Indonesia, holding the presidency, to block it. A basic solution, therefore, remains a boycott of joint meetings, already used by the U.S., Canada, and the UK in April and planned by the G7 countries in connection with the November G20 summit in Bali. Members of the Arctic Council also decided to take a similar step. Since Russia is to preside over the council until May 2023, the other countries suspended their participation in its events from 3 March this year. APEC also has not taken steps to exclude Russia. Thailand, holding its presidency, stated that the war in Ukraine would not affect cooperation in the organisation, even though some members, including the U.S., have imposed economic sanctions on Russia.

The balance of interests of the international community remains an important factor. Some organisations (such as the IAEA) try to gauge the median between imposing sanctions and not deepening threats to security or, as may result from exclusion from the International Labour Organisation (ILO), to worsen protection of the rights of the inhabitants of Russia. Termination of membership could be treated by Russia as exemption from international obligations related to participation in these formats. It could also make it even more difficult to continue proceedings pending against the state or to execute final decisions at a later stage. For example, the International Civil Aviation Organisation (ICAO) from 14 March has conducted proceedings in connection with the shooting down of flight MH17 in 2014 over the Russia-backed separatist territories of Ukraine.

In the absence of a decision to exclude Russia, some international organisations may limit the aggressor’s membership rights in other ways. Russia’s exclusion from the UN is not possible without the recommendation of the Security Council (UNSC), where Russia has a veto, but on 7 April, the General Assembly (UNGA) suspended its membership in the UN Human Rights Council. In addition, on 26 April, the UNGA adopted a resolution providing for the automatic convening of a General Assembly in the event of a veto of a UNSC decision. The World Bank stopped all programmes for Russia on 2 March. Likewise, Scandinavian and EU states in the Barents Euro-Arctic Council have stopped their cooperation with Russia.

Not all such undertakings are sufficient. For example, Interpol has not met demands to exclude Russian requests from Ukraine, a move supported by Australia, Canada, New Zealand, Poland, the UK, and the U.S., but stated it has “heightened supervision and monitoring” of its communication instead. This means that all messages sent by the aggressor are to be checked by the organisation before they reach countries (normally, they are sent directly). However, the arguments for the complete suspension of Russia’s rights in Interpol include its abuse of the system by the regime of Vladimir Putin to harass and persecute political opponents. In a similar vein, Ukraine reported to the World Meteorological Organisation (WMO) that the current meteorological information it provides to Russia may facilitate attack planning, but formally the organisation has not discussed possible restrictions (such actions are initiated by regional structures).

A state’s exclusion from international structures is primarily symbolic, as it makes stark that the other members no longer treat it, in this case Russia, as a partner and that its crimes will not be tolerated. However, it is not systematic, because it depends on the initiative of like-minded countries and support from a sufficient number of members in each format.

International organisations have more often suspended Russia’s membership rights than excluded it completely. This approach, although less firm, can prove beneficial because it is easier to gather support for such a decision, it deprives the aggressor of rights and privileges, and does not relieve it of its obligations. The reversible nature of the suspension also makes it possible to impose conditions on Russia to meet to restore membership, and thus offers an opportunity to influence its behaviour. Suspension also hinders the possible subsequent normalisation of relations with an aggressor state to a lesser extent than expulsion, although Russia itself is also withdrawing from some of them, such as the Council of Europe (on 10 March) and the Council of the Baltic Sea States (17 May). In some cases, depriving an aggressor of membership may also bring more losses than benefits, increasing its sense of impunity and lowering protections, creating a threat to the state’s inhabitants and the international community.

Poland, which often puts forward demands to exclude Russia from international structures, can coordinate its efforts with other countries, including Lithuania, Ukraine, and the U.S., which are also active in this field. For example, it is worth considering jointly calling on the World Intellectual Property Organisation (WIPO) and the International Telecommunication Union (ITU) to take a more unequivocal stance on the Russian attack on Ukraine. Suspending the aggressor’s rights in these organisations would strengthen the pressure placed on Russia without increasing the risk to the international community.

The OSCE and the War in Ukraine
Stefania Kolarz