Activities of the Russian Armed Forces during the COVID-19 Pandemic
85
Although the Russian armed forces have been mobilised to help tackle the COVID-19 pandemic, troops have not stopped intensive training. They are also conducting operations in Syria, Armenia and Tajikistan. This shows that the army is an important tool in Russian internal and foreign policy. The significant mobilisation potential of the Russian armed forces will be an important challenge for NATO countries.
Anna Maria Dyner 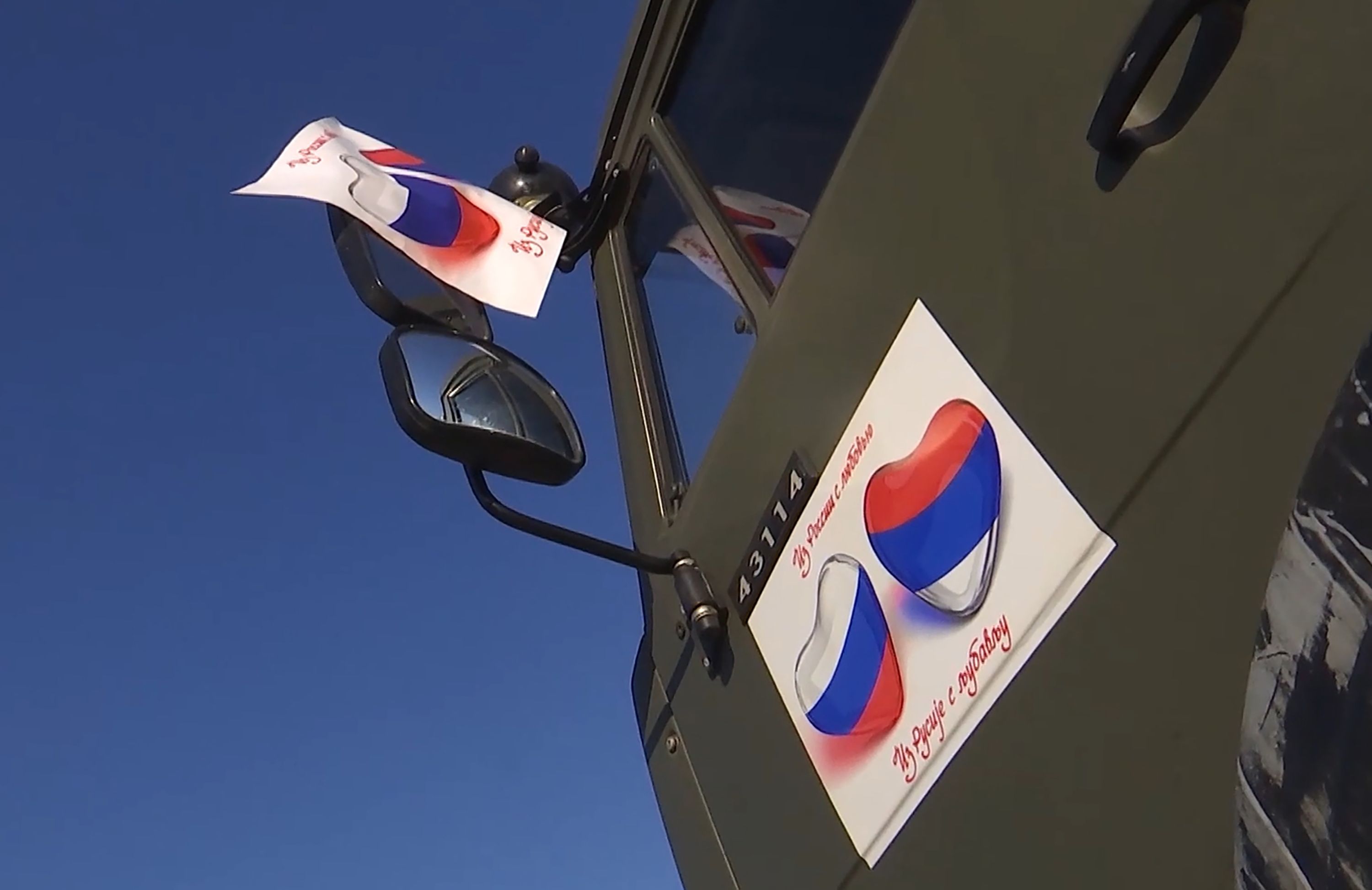 In Russia, the armed forces, along with the police and the National Guard can be mobilised to maintain domestic order. Of all state institutions, the army enjoys the greatest trust of the Russians (63% of respondents, according to a Levada Centre poll carried out in October 2019). Unlike the Ministry of Emergency Situations, which focuses on rescue operations and fire protection, the army has resources and procedures dating back to the USSR, to counter the spread of the pandemic.

Between 25 and 28 March, by order of President Vladimir Putin, military units throughout the country were put into a state of combat readiness (snap exercises), with particular emphasis on nuclear, biological and chemical protection troops (NBC), rail and engineering forces, and the Russian Strategic Missile Forces. Among other activities, the condition of decontamination equipment in reserve was checked the possibility of building field hospitals and laboratories was investigated, and 172 anti-contamination units along with 32 military hospitals were put into constant readiness. Moreover, 49 mobile sanitary and epidemiological groups were also formed. The army was involved in the construction of 16 hospitals for dealing with infectious disease, and the defence industry engaged in the production of medical supplies such as personal protective equipment and respirators.

In March and April, despite the spreading pandemic and involvement of part of the army in combating its effects, Russian military exercises were not cancelled. They took place mainly in the west of the country, despite the March announcements of Deputy Defence Minister Alexander Fomin about their suspension on NATO borders. In the Kaliningrad Oblast, rocket, artillery and aviation were among those taking part in the training. In other parts of the Western Military District, air defence and radio-electronic units underwent exercises. In the Southern Military District, most activities were carried out in annexed Crimea (mainly concerning coastal defence) and the Caucasus, as part of preparations for this year’s largest drills, the Caucasus 2020 scheduled for September. In the Eastern Military District, long-range strategic bombers and the Pacific Fleet trained, while mechanised and air defence units were active in the Arctic. Russian aircraft were also intercepted by NATO fighters, over the Baltic Sea and the coast of Alaska, and Russia has tested ground-based anti-satellite missiles.

The re-arming of the Kaliningrad Oblast continued, with new BM-30 Smerch multi-rocket launcher systems deployed to the 244th artillery brigade to strengthen the exclave’s defence system. Officially, this was presented as a response to the strengthening of NATO’s Eastern Flank and military manoeuvres conducted there (for example, Defender Europe 2020).

The Russian authorities have also decided to maintain military expenditures, and Prime Minister Mikhail Mishustin ordered the acceleration of purchases of aviation and automotive equipment. These purchases were part of the armed forces modernisation plan for 2027, but have been brought forward by three years, to 2024. The orders are intended to help the Russian arms industry survive the crisis.

During the pandemic, the Russian army has also conducted operations abroad. Some of them helped other countries deal with the pandemic while others were regular exercises and military activities.

Eight medical brigades were sent to Italy. They included military doctors, NBC protection troops and decontamination equipment. The medics were sent to work in a field hospital near Bergamo. The operation was headed by the deputy commander of the Russian NBC protection troops. However, the Italian press reported that a significant number of Russian military personnel present were intelligence officers who focused on obtaining sensitive information on armed forces stationed in Italy. Despite this, the support given to Italy was intended to show that Russia is a reliable partner, more helpful than the European Union or NATO. Sending troops to a NATO member was also supposed to prove that the Russian army is not a threat to anyone and that it is an institution with which everyone can cooperate. Ultimately, this will also be used as an argument for lifting the sanctions imposed on Russia in connection with its aggression against Ukraine.

At the same time, 87 military personnel were sent to Serbia at the request of the authorities there. Some were military doctors who were directed to work mainly in Belgrade and Valjevo, and some were NBC protection troops. Russia also sent Serbia equipment for decontaminating buildings and streets. Serbia remains Russia’s traditional ally in the Balkans and is interested in participating in Russian energy projects.

What is more, Russia sent two An-124 Ruslan military aircraft (NATO reporting name: Condor) to the United States, with medical equipment. Although the U.S. State Department stated that the materials were purchased from Russia, Russian propaganda emphasised that it was humanitarian aid, largely financed by Russian entities. The Russian media sought to prove that even the largest power uses Russian aid.

Russian troops also conducted training activities at the 102nd base in Armenia and organised artillery exercises with Armenian units. They were also active in the 201st base, located in Tajikistan and in the Pamir Mountains, where they trained for action against sabotage groups.

Russia also strengthened its artillery units located in Abkhazia (the 7th military base, where the 131st mechanised brigade is stationed). Officially, this was a response to greater cooperation between Georgia and NATO. Moreover, Russian armed forces stationed in Transnistria carried out intensive exercises including primarily the NBC protection troops.

Also, the Russian air forces, along with the Syrian army, conducted regular military operations in the provinces of Idlib and Aleppo. Together with the Turkish army, Russian units patrolled the security corridor along the M4 route as agreed on 5 March in Moscow.

The consequences of the COVID-19 pandemic will be used by Russia to persuade the West to reset relations, lifting sanctions and restarting political cooperation. However, the regular activities of the Russian armed forces, including the strengthening of military components at the borders with NATO, Ukraine and Georgia, shows that the pandemic has not changed Russia’s perception of major threats. The actions of NATO and the countries that cooperate with it are still considered the greatest risk. Thus, only in the event of a sharp increase in the number of COVID-19 cases among soldiers can it be expected that there will be a partial reduction in the number of exercises in western Russia or in the activity of the Russian army outside the country. Neither should any significant decrease in military expenditure be expected.

However, because of the pandemic, it can be expected that Russia will propose to the U.S. an automatic extension, for another five years, of the Strategic Arms Reduction Treaty (the New Start), indicating that this will allow a return to negotiations when the threat of COVID-19 is over.

Regardless of the pandemic, the Russian armed forces will be preparing for this year’s biggest test of their combat readiness, the Caucasus drills. Preparations for the Victory Parade will continue, although it has been postponed. This year’s celebration of the anniversary of the end of the Second World War is a key element of Russian historical policy. 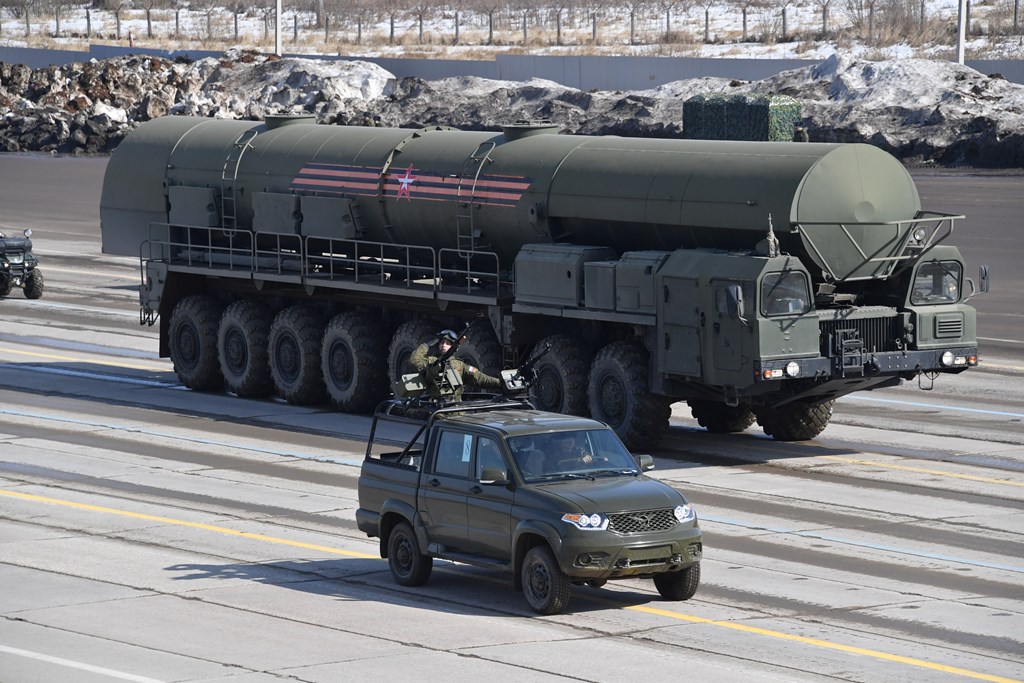 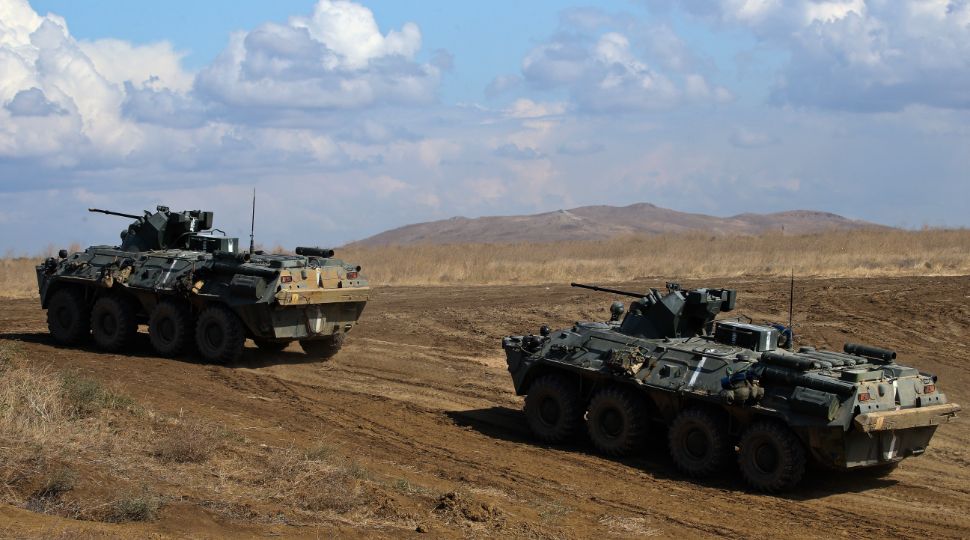