Home Page The EU's Prospects for Decoupling from Russian Gas

The EU's Prospects for Decoupling from Russian Gas
73

The Russian aggression against Ukraine and cut-off of gas supplies to Poland and Bulgaria have strengthened the arguments of supporters of EU independence from Russian gas. However, the prospect of a total embargo is still distant because of opposition from some countries, including Austria, Germany, and Hungary. As a result, the EU will focus on a gradual reduction in purchases of Russian gas, which will have a negative impact on the effectiveness of the sanctions against Russia. It is in Poland’s interest to strive for increasing the pace of diversification of gas supplies to the EU and reducing use.

EU countries import about 40% of the gas they consume from Russia (155 bcm). However, dependence on this source is uneven. Western Europe imports minimal amounts of gas from Russia (e.g., Belgium, France, Spain, the Netherlands, Portugal), while Central and Eastern Europe depend on this country for more than 50% of their supplies (e.g., Bulgaria, Germany, Poland, Hungary, Slovakia).

Funds from customs duties and taxes on natural gas account for about 7% of Russia’s budget revenues, which equals about half of Russia’s war budget. About two-thirds of Russia’s gas exports go to the EU. It is not possible to quickly redirect it to other consumers because the gas that reaches Europe come from areas not connected to Asian countries. The Power of Siberia 2 pipeline is intended to be such a link, but it is not expected to become operational until 2030.

Diversification Potential in the EU

The replacement of Russian gas by LNG is hampered by infrastructural deficiencies. Most LNG terminals are located in countries importing small volumes of Russian gas (France, Spain, Portugal) while the fewest terminals are in Central and Eastern European countries (only in Croatia, Lithuania, and Poland). The possibilities to transport gas from Western European terminals to the east are limited due to the low capacity of interconnectors. The current usage of large liquefaction terminals—exceeding 90% of their capacity—is also a challenge.

Increasing imports via pipelines from a direction other than Russia will not replace Russian gas either. While it is possible to increase supplies from Azerbaijan by about 5 bcm a year, from North Africa by about 40 bcm (although a large part could go to Spain, which lacks connections to areas further east) and from Norway by about 20 bcm, that is a fraction of the imported Russian gas.

Discussion on Decoupling from Russian gas

The Baltic states and Poland are the most determined to reduce gas imports from Russia. Estonia, Lithuania, and Latvia already stopped importing Russian gas on 1 April thanks to the increased use of a floating storage regasification unit (FSRU) in Klaipėda, Lithuania. To meet the long-term demand of the Baltic states and Finland, with the latter connected to Estonia by the Balticconnector undersea pipeline, the countries plan to place a rented FSRU at the Estonian port of Paldiski by November this year. Poland intended to give up Russian gas imports upon the expiry on 31 December 2022 of the Yamal contract, which covered about half of its needs. However, on 26 April 2022, Russia announced the suspension of exports to Poland and Bulgaria, citing their refusal to pay for gas in roubles. However, with storage facilities over 75% of full and existing interconnectors and others to be commissioned this year (with Lithuania, Norway, and Slovakia), Poland is able to provide alternative sources of supply now. The Bulgarian interconnectors also make it possible to cover the small demand from that country.

A total embargo on Russian gas is opposed by Austria, Germany, and Hungary, while a number of countries, such as Czechia, refrain from taking a clear position. German Vice-Chancellor Robert Habeck announced on 3 March, referring to Germany’s energy security, that he would block such an initiative at the EU forum. However, during his visit to Warsaw on 26 April, he stated that Germany’s over-dependence on Russian gas was a mistake. Germany plans to eliminate this dependence by mid-2024 through the development of RES, reduction of gas consumption, and diversification of supplies, including with the use of three planned LNG terminals. Austrian Foreign Minister Alexander Schallenberg announced on 4 April that he would not support the sanctions because they would hit his country. Hungary’s opposition, in turn, is the result of the Orbán government’s close cooperation with Russia in the field of energy. Hungary buys cheap oil, gas (bypassing Ukraine), and nuclear technology from Russia.

The lack of unanimous support for a total embargo on Russian gas by EU states has prompted the European Commission (EC) to spread out its efforts to reduce dependence on Russia. On 8 March, the EC presented its draft REPowerEU plan. It assumes measures to reduce imports from Russia as early as 2022 by diversifying how it obtains gas (50 bcm in the form of LNG, 10 bcm by pipelines, and 3.5 bcm by producing biomethane), increasing energy efficiency, (reducing consumption by about 14 bcm per year), installing photovoltaic panels (2.5 bcm), heat pumps (1.5 bcm), and wind and solar power plants (20 bcm). Altogether, consumption reduction, and diversification are expected to yield about 101.5 bcm of savings by the end of the year (two-thirds of imports from Russia), and by 2030, 163.5 bcm of savings. This is expected to make the EU completely independent of Russian gas by the end of the decade.

The International Energy Agency, in its “10-point plan to reduce EU dependence on Russian gas” also published on 8 March proposed measures to reduce gas imports from Russia by 103 bcm within a year. The plan calls for an increase in imports from outside Russia during the year, with 10 bcm through pipelines from Azerbaijan and Norway and 20 bcm of LNG. Reductions in consumption of gas could be achieved through the full use of biofuel power plants (9 bcm), accelerated connections of new RES installations (6 bcm), full use of nuclear power, including delaying the planned disconnection of reactors from the grid in Germany (16 bcm), installation of heat pumps (2 bcm), increased energy efficiency (2 bcm), and reduction of home heating by an average of 1°C (10 bcm). Additionally, the IEA points out the possibility of increasing the use of coal-fired power plants (22 bcm) and the use of liquid fuels in some gas-fired power plants (6 bcm).

The suspension of gas supplies to Poland and Bulgaria took place in the context of the visit of the German Vice-Chancellor to Warsaw, during which the possibility of supplying non-Russian crude oil to German refineries using the Gdansk crude oil terminal was discussed. Russia is thus trying to put pressure on EU countries not to impose an embargo on Russian oil by blackmailing them with the halting of gas supplies. The cut-off of supplies to Poland and Bulgaria was not accidental. Supplies to Bulgaria are insignificant from the perspective of Russia’s export earnings because of their small volumes. Poland, on the other hand, planned to give up Russian gas from 1 January 2023, so it was not a promising market from Russia’s perspective.

By suspending gas supplies to Poland, Russia violated the Yamal contract. It had no grounds for such a step—a change in the currency in which payment for gas is made must be accepted by both parties to the contract. Therefore, Poland may use international arbitration to demand compensation for Russia’s unilateral breach of the contract.

An EU embargo on Russian gas would be severe for Russia’s budget, limiting its ability to finance the invasion of Ukraine and preparations for a possible attack on other countries. Resistance from Austria, Germany, and especially Hungary makes the chances of a total embargo very slim. Poland may, however, seek more decisive steps from the Union than those proposed by the EC. The pace of withdrawal from Russian supplies may be accelerated by additional duties on Russian resources, temporary replacement of gas with other fossil fuels (even at the cost of revising climate targets in the short term), greater reduction in consumption, and increased use of nuclear power plants, the potential of which was omitted in the EC’s plan. This should be accompanied by initiatives increasing the EU’s energy security, such as the obligation to maintain minimum gas reserves.

From the Polish perspective, it will be crucial to maintain the EU’s mobilisation for independence from Russia, regardless of the development of the Russia-Ukraine war. This process should take place through the expansion of transmission infrastructure within the EU (the MidCat gas pipeline from Spain to France), the construction of regasification terminals, and gas pipelines connecting the EU with new suppliers (for example, the East Med from Israel to Greece). This will require cooperation with the U.S., which can financially support the East Med project (it was supported at the time by then-Vice President Joe Biden during the Obama presidency, but he withdrew his backing for it on taking office in 2021) and increased investment in U.S. liquefaction terminals. 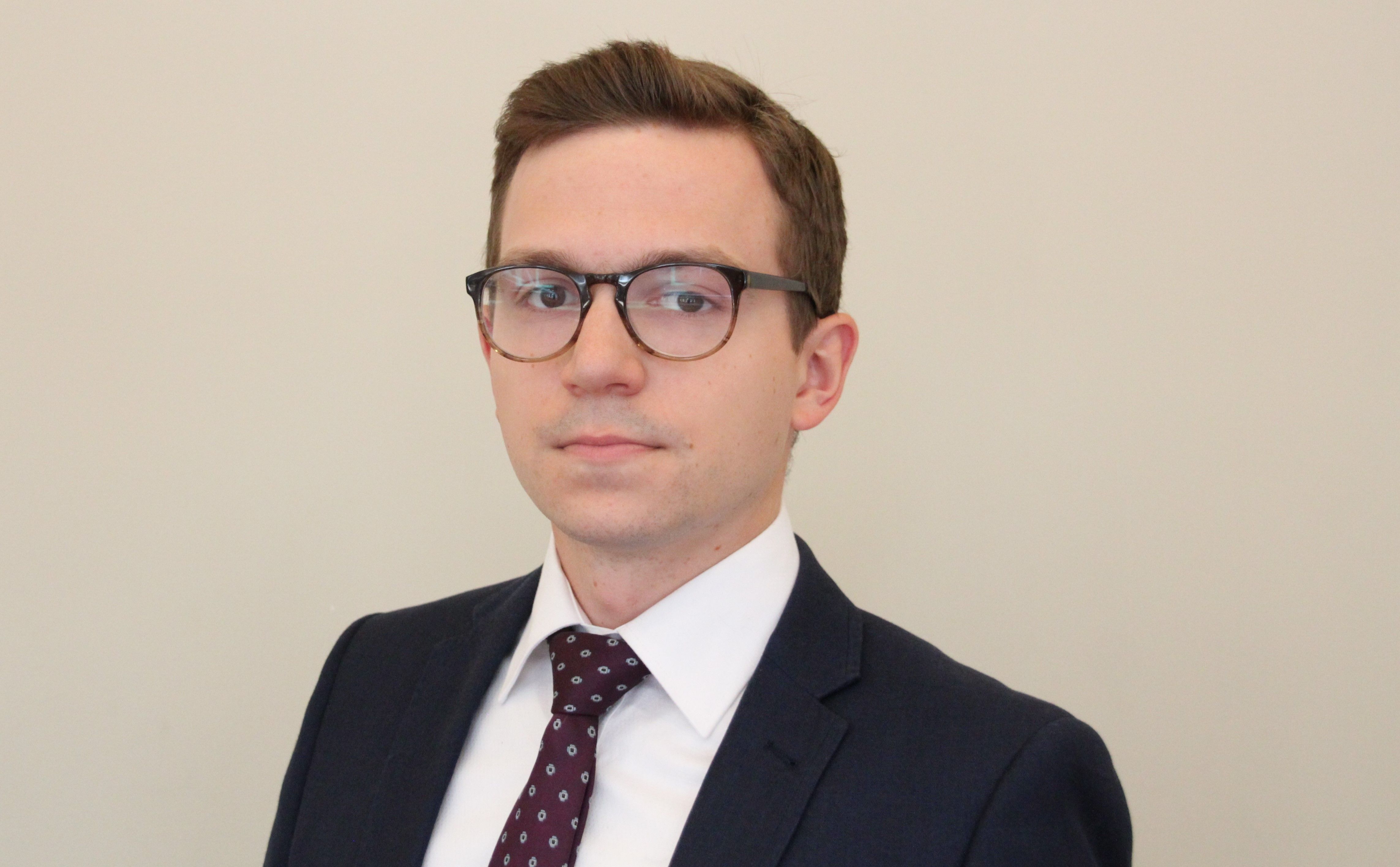