The Russian authorities are constantly trying to circumvent EU economic restrictions. They use various methods of concealing trade in sanctioned goods, especially crude oil, including through companies from non-EU countries. The challenge for the EU is how to minimise these practices, which are facilitated by the differences between the Member States in detecting and pursuing such infringements. The Union should adopt common standards in this area as soon as possible. In coordination with the G-7, the EU could also add foreign companies participating in the circumvention schemes to sanctions lists. 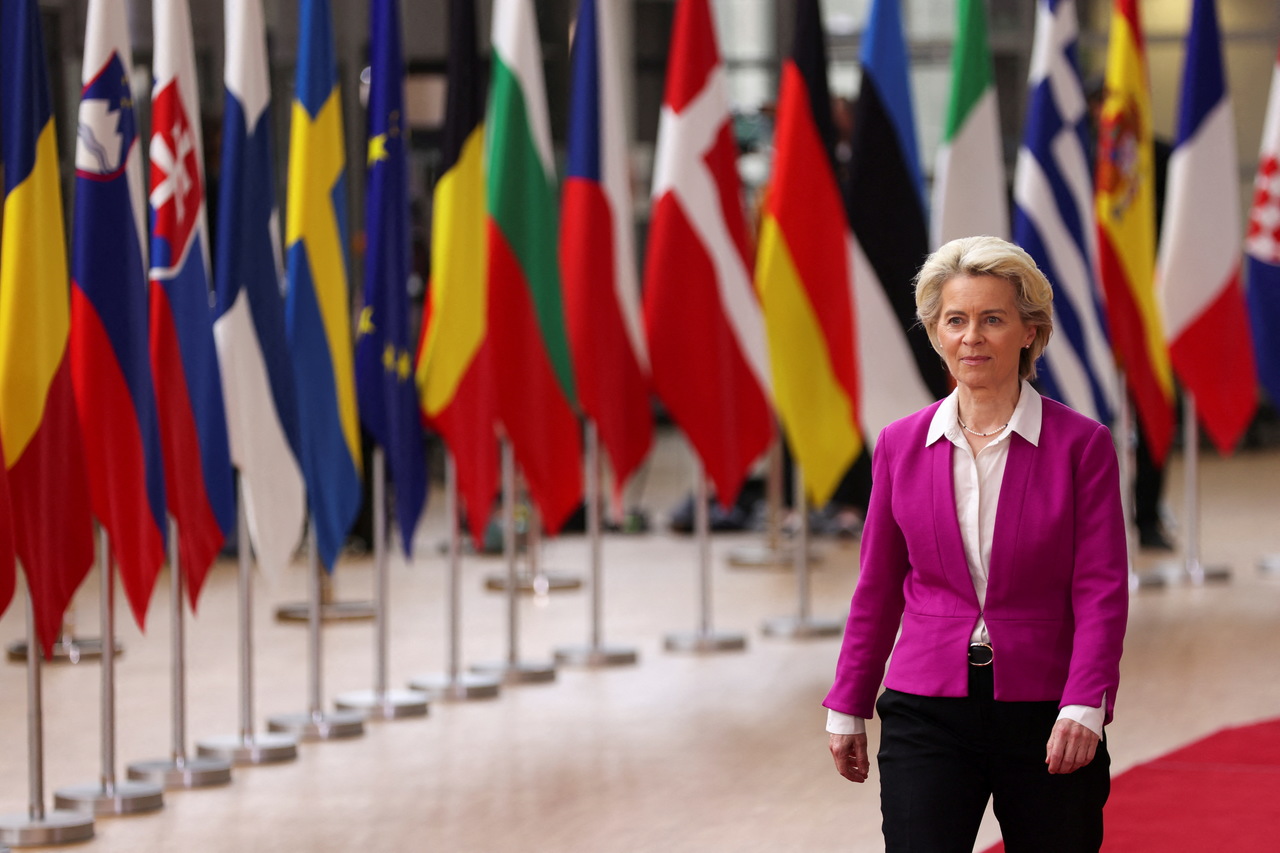 In the aftermath of Russia’s full-scale invasion of Ukraine on 24 February, the EU adopted—in coordination with the G-7 and others—unprecedented economic sanctions aimed at weakening the Russian authorities’ ability to finance the war. These restrictions include a ban on the import and/or export of products in many industries, such as oil, coal, metals, and technology, and in transport and the financial sector. While the Member States implement the sanctions through various legal and institutional solutions, and the European Commission (EC) only monitors their action, the EU is working to improve its enforcement.

Shortages of essential products and components imported from Western countries, especially in the military sector, have turned out to be severe for Russia, which is trying to obtain them despite the restrictions. The Russian authorities have allowed the import of certain goods such as vehicles, technology, or metals without the consent of the trademark owner. The firms are trying to transfer the products across the EU border by falsifying customs declarations by indicating an incorrect commodity code. Russian entities are importing Western products through companies from third countries that are not bound by sanctions, such as firms in Turkey. Russia also settles payment via bartering, for example, with Iran (e.g., Russian steel in exchange for car parts and gas turbines). To facilitate international payments, the Russian authorities try to use roubles in such trade. They are conducting talks on increasing the recognition of the Russian Mir payment card by other countries—the United Arab Emirates (UAE), Egypt, Iran and Venezuela. Importantly, Russian companies already have extensive experience in dealing with Western sanctions from 2014. Despite severe restrictions on EU trade with Crimea, there are still too many EU-based companies violating or avoiding the sanctions. In 2015, German Siemens, under a contract with a Russian company, delivered gas turbines for the construction of a power plant in Crimea, and French Auchan sold its products there through a company registered in Russia.

Russia, in particular, is trying to circumvent restrictions in the oil sector. Although the oil  embargo will be fully implemented by the EU only from February 2023, several countries such as Australia, Canada, the UK, and the U.S. are already implementing it, and many companies voluntarily boycott oil purchases or participation in its sale (e.g., ship owners, banks). Some customers prefer to camouflage the purchase of Russian oil for image reasons and to avoid the high costs of transport resulting from the increase in insurance prices for Russian tankers. In this situation, Russian companies use various methods of concealing the source of the sold raw material. To avoid scrutiny, Russian oil is trans-shipped between tankers at sea, not in ports. Ships can have an opaque ownership structure, use false registration numbers or flags, and their crews may limit vessel course detection by manipulating their location systems. The trans-shipment routes lead through the areas of the North-Central Atlantic, the Mediterranean Sea (near the coasts of Gibraltar, Malta, Greece, Egypt) and the Black Sea. Russian crude oil is also mixed with other types of crude oil in refined products such as gasoline, diesel, and chemicals. Media reports indicate, for example, cases of refining Russian oil in India and its sale in the U.S.

Challenges for the EU

So far, many Member States have not prioritised detecting and prosecuting infringements of EU sanctions. According to the EC, there have been only a few cases in which natural or legal persons were held liable for violating the restrictions. In March 2021, two German citizens were convicted of violating the arms embargo adopted in 2014 against Russia, and one of the penalties was €8 million. In 2019, a Belgian court convicted three companies, AAE Chemie Trading, Anex, and Danmar, for exporting chemicals to Syria without a license, and the fine was €500,000. After Russia’s invasion of Ukraine, the number of sanctions infringement proceedings increased in some countries, for example, in Poland there were 45 in September.

Member States’ enforcement practices vary significantly, which undermines the effectiveness of the restrictions and allows Russian companies to circumvent them. There are multiple definitions of a breach of EU sanctions in criminal or administrative law, and the maximum financial penalties vary widely. In 2021, depending on the scale of the infringement, they were from €1,200 up to €5 million for private individuals, and from €133,000 up to €37.5 million for legal entities. However, this year, several countries increased those fines, for example, Poland, to around €4 million. To coordinate Member State practices, the EC proposed in May that violations of EU sanctions should be included in the category of cross-border crimes requiring, as in the case of terrorism, trafficking in human beings, and organised crime, a common method of combating evasion. Adopting this solution requires a unanimous decision of the Member States, which would be followed by negotiations on the specific text of the directive. As Germany is suspending this process due to the required approval of the national parliament, the decision will most likely be made at the end of October. The EC is also holding talks with the Member States on improving the coordination of sanctions implementation at the EU level, for example, by strengthening the competences of relevant authorities, including the European Public Prosecutor’s Office (EPPO).

The EU has little scope to impact foreign companies that break sanctions, as the restrictions apply within the EU's jurisdiction, meaning only on its territory, against EU citizens or companies and organisations registered in the EU, including their foreign affiliates. With regard to other entities, the Member States and EU institutions can only undertake diplomatic actions. For example, the French minister for Europe and foreign affairs spoke about preventing Turkish companies from circumventing EU sanctions during a visit to Turkey in September. A solution presented by Poland and being considered is adding to the sanction lists foreign companies that participate in violating the sanctions.

The financial sector in the EU has limited capacity to detect suspicious transactions. Banks should monitor user data when setting up bank accounts, but in practice, identifying the true owners of businesses can be problematic with, for example, the use of shell companies. Transactions are most often verified only randomly by automatic monitoring systems. Their meticulous checking in the field of international trade requires verification by employees, and thus appropriate human resources.

Russia will be constantly improving the ways it tries to circumvent sanctions, especially in response to the full application of the EU oil embargo in 2023. Primarily, it will strengthen cooperation with third countries not bound by EU restrictions, such as Iran, Turkey, and the UAE, but also it will operate on the black market.

To reduce the scale of such practices, the Member States should adopt as soon as possible a directive qualifying infringement of sanctions for a cross-border offense and improve operational cooperation between relevant services (e.g., customs, police). It would be beneficial to strengthen the competences of the relevant EU bodies, such as the European Public Prosecutor’s Office, to better coordinate the implementation of restrictions. At the same time, the EC and the Member States should tighten cooperation with banks and other financial institutions. Following the example of American and British solutions, the EU may consider sending regular updates to them about possible ways Russia has of circumventing the sanctions and the criteria for searching for suspicious transactions. To limit circumvention through foreign companies, the EU should sanction such companies in documented cases. These actions should be coordinated with the U.S., as the very high penalties imposed by this country for breaking the restrictions would deter companies and intermediaries from trading with Russia. 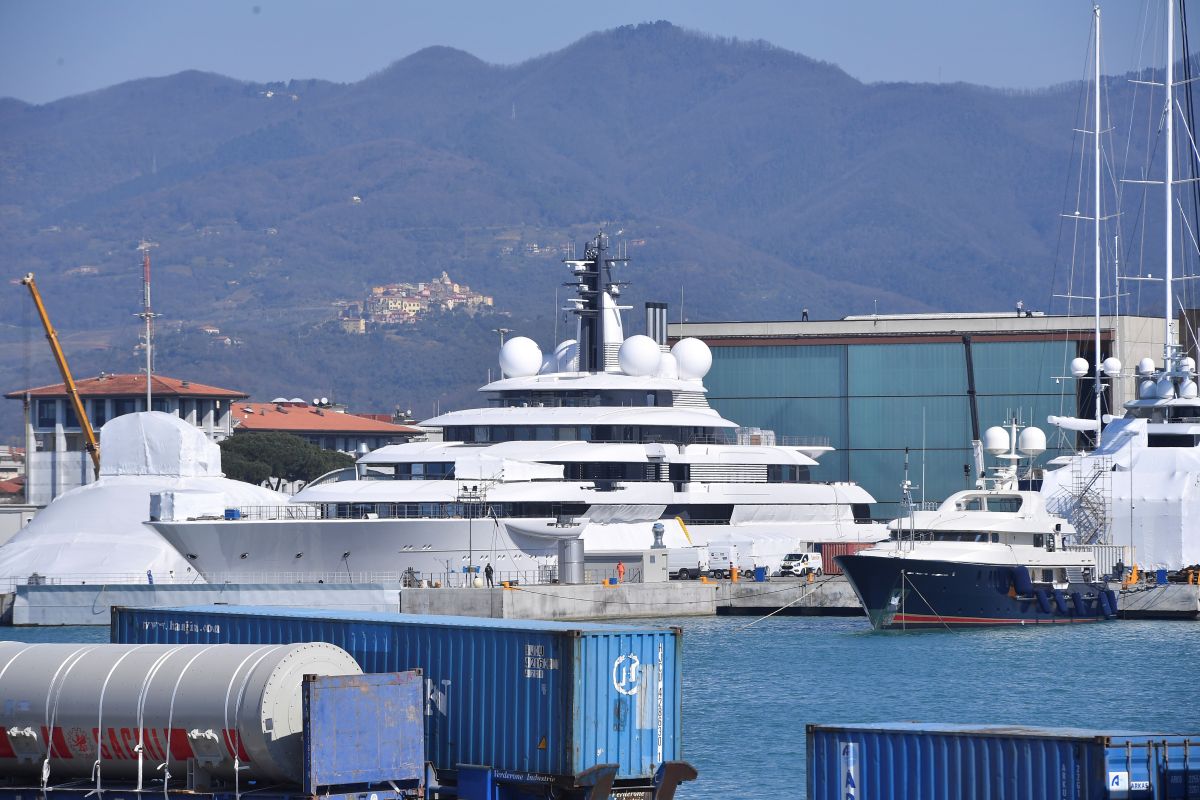