The inability of local and international forces to defeat the jihadists in the Sahel region has led to grassroots initiatives to reach an understanding with them. In Mali, Niger, and Burkina Faso, preparations are also underway for similar talks by governments, with the hope of including some extremists in the political mainstream. This may help with stabilising the volatile situation, but it carries the risk of strengthening the influence of the radicals.

International military forces (including UN, French, and the European Takuba mission) have been working together with local forces against jihadists in Mali and other Sahel countries since 2013, but have not managed to defeat them. On the contrary, military operations, especially pacifications carried out by Malian and other regional troops, led to the recruitment of new fighters by jihadists. In recent years, the extremists have gained new followers mainly from the pastoral Fulani community, an ethnic group marginalised in many West and Central African countries. As a result, a conflict zone that was initially limited to the northern part of Mali has expanded to the central areas of Mali, Burkina Faso, and parts of Niger, adjacent to their borders. From 2019, extremists also began attacking the northern provinces of Gulf of Guinea states Benin, Togo, and the Ivory Coast.

The presence of jihadists in the countryside has resulted in the exposure of the local populations to attacks, displacements, school closings (about 1,500 in Mali alone) and the loss of sources of income. As a result, local communities began to look for ways to obtain basic guarantees from jihadists in return for safety and the ability to resume economic activities. Influenced by this grassroots movement, the governments of the countries in the region also began to work on their own strategies or a political way out of the fighting.

The Conference of National Understanding held in March and April 2017 with the participation of several hundred delegates from all over the country recommended the opening of talks with the Malian leaders of parties that make up the Al Qaeda-affiliated coalition, the Group for Support of Islam and Muslims (JNIM). However, France opposed the talks, claiming they would go against the goal of defeating the jihadists, a position backed by then President Ibrahim Boubacar Keïta. Nevertheless, because of the intensification of the crisis in the central part of Mali, the leaders of local communities, regardless of the policy of the central government, have since 2019 entered into at least a dozen agreements at the municipal level with mid-level jihadist commanders. The deals have allowed the population to return to a relatively normal life without fear of attack, at the expense of the Islamisation of the law, such as limits on what women wear. This has opened local channels of communication with the extremists to resolve disputes. Local ethnic “self-defense” forces also have successfully negotiated ceasefires with JNIM fighters. Some of the agreements broke down quickly, but others have held and allowed residents to gradually secure more freedoms.

At the beginning of 2020, under the influence of pressure from local leaders, the presidential administration changed its position. Regardless of the French criticism, it announced that it had established contact with the leaders of the two strongest components of JNIM: the Fulani-oriented Katibat Macina (the dominant organisation in central Mali) and the Ansar Dine group from the north of the country. These groups replied that they would agree to talks on the condition that French and UN forces withdraw from the country. The August 2020 military coup interrupted these preparations, but soon the new ruling junta initiated its own talks—two months after the coup, it exchanged 200 jihadist prisoners for four hostages, a Malian opposition leader and three kidnapped Europeans. In October last year, the government formally designated the High Islamic Council (HCIM), a state-sanctioned representative of Muslim organisations, to start talks on its behalf with the jihadists about ending the war.

Like in Mali, the inhabitants of the municipalities in the northern part of Burkina Faso close to the border with Mali began in 2018 to negotiate with jihadists from the native Ansaroul Islam group associated with JNIM. The central authorities expressed their support for local agreements but did not participate in them. The first, although temporary, success of the government in this field was the ceasefire with jihadists agreed in 2020 by the security services before the presidential elections. It allowed for voting to proceed in November 2020, including in conflict-ridden areas. As a result of the agreement, the frequency of jihadist attacks decreased several times over the next three months. A more comprehensive approach to the talks was declared by the new military authorities of Burkina Faso led by Lt. Col. Paul-Henri Sandaogo Damiba, who overthrew President Roch Kaboré in December 2021. On 1 April this year, Damiba announced a plan of talks to be steered at the local level by “peace committees” (chiefs, local religious leaders, and officials) and centrally coordinated by the Minister of National Reconciliation Yéro Boly. The state also authorised a meeting between Emir of Djibo and the leader of Ansaroul Islam, which led to the jihadists lifting their blockade of the city in April 2022, making it possible to reach more than 200,000 internally displaced people (IDP) staying there.

In this country, the dominant jihadist group on its border with Mali and Burkina Faso is the local branch of ISIS, which from March 2022 has been operating the territory as the so-called caliphate’s “Sahel Province”. This is the faction most opposed to talks—in 2019, it was joined by Macina fighters outraged by the prospect of dialogue. However, despite its transnational connotations, in Niger itself this group is considered local (the core of its fighters are local Fulanis from Tillaberi Province), which makes it possible for its members to return to the community, for example, after negotiations with clan leaders. To this end, in April 2021 Niger’s President Mohamed Bazoum appointed a new advisor, Moustapha Limam Chafi, an experienced hostage negotiator of Mauritanian origin, regarded as the person with the best connections and mediation skills in the Sahel. In February, Bazoum announced the release of nine jihadist commanders whose families his emissaries had contacted. This was the first wide release of its kind. The commanders were received at the presidential palace as an announcement of further talks. At the same time, Niger is expanding a network of centres offering rehabilitation and vocational courses for extremists who want to return to civilian life.

Agreements at the local level have in many cases softened the jihadist attitude towards the population and contributed to an overall improvement in security. However, the grassroots negotiations take place while the inhabitants are on the defensive, and they have nothing to offer the jihadists but to comply with their demands. Sometimes the extremists use ceasefires to regroup and gain time. Nevertheless, bottom-up talks will continue to take place, as they are the most effective method of at least temporary protection of the population against violence, especially in the context of the intensification of the conflict and the increase in the number of its victims recorded in recent months.

Political talks are more challenging, although they are supported by the majority of the region’s inhabitants and elites. The ongoing withdrawal of French forces from Mali is both conducive to and may hinder political compromise in the region. On the one hand, it creates circumstances in which the jihadists can consider themselves victorious and thus be less motivated to continue their attacks. On the other hand, by gaining space to act, they may feel encouraged to expand their territory. While JNIM does not aspire to fully replace secular states, the prospect of sanctioning the (in fact already accomplished) “Talibanisation” of those parts of Mali and Burkina Faso in which it dominates is real. Although since 2017 the group does not apply punishments such as stoning or cutting off hands, there is no guarantee that it will not revert to such practices, particularly if pressured by Al-Qaeda central. Before the possible inclusion of extremists into the political system, the countries of the region will have to conduct a debate on the acceptable limits of a compromise on the place of religion in the law. Niger authorities might eventually succeed in detaching some fighters from ISIS structures, but the growing presence of Western forces in the country will make it difficult to start an open dialogue with the extremist group’s leaders.

While the EU supports the fight against jihadists, it will be faced with having to accept concessions in their favour. The prospect of about 2 million IDPs returning to their homes in the three Sahel countries reduces the risk of an increase in uncontrolled migration to Europe, which should eventually help shift the EU’s approach. The Maghreb states will accept the agreements if they involve Sahel jihadists breaking ties with Al-Qaeda and weakening ISIS influence, which would reduce the risk of cross-border attacks.

Mali after the Coup
Jędrzej Czerep 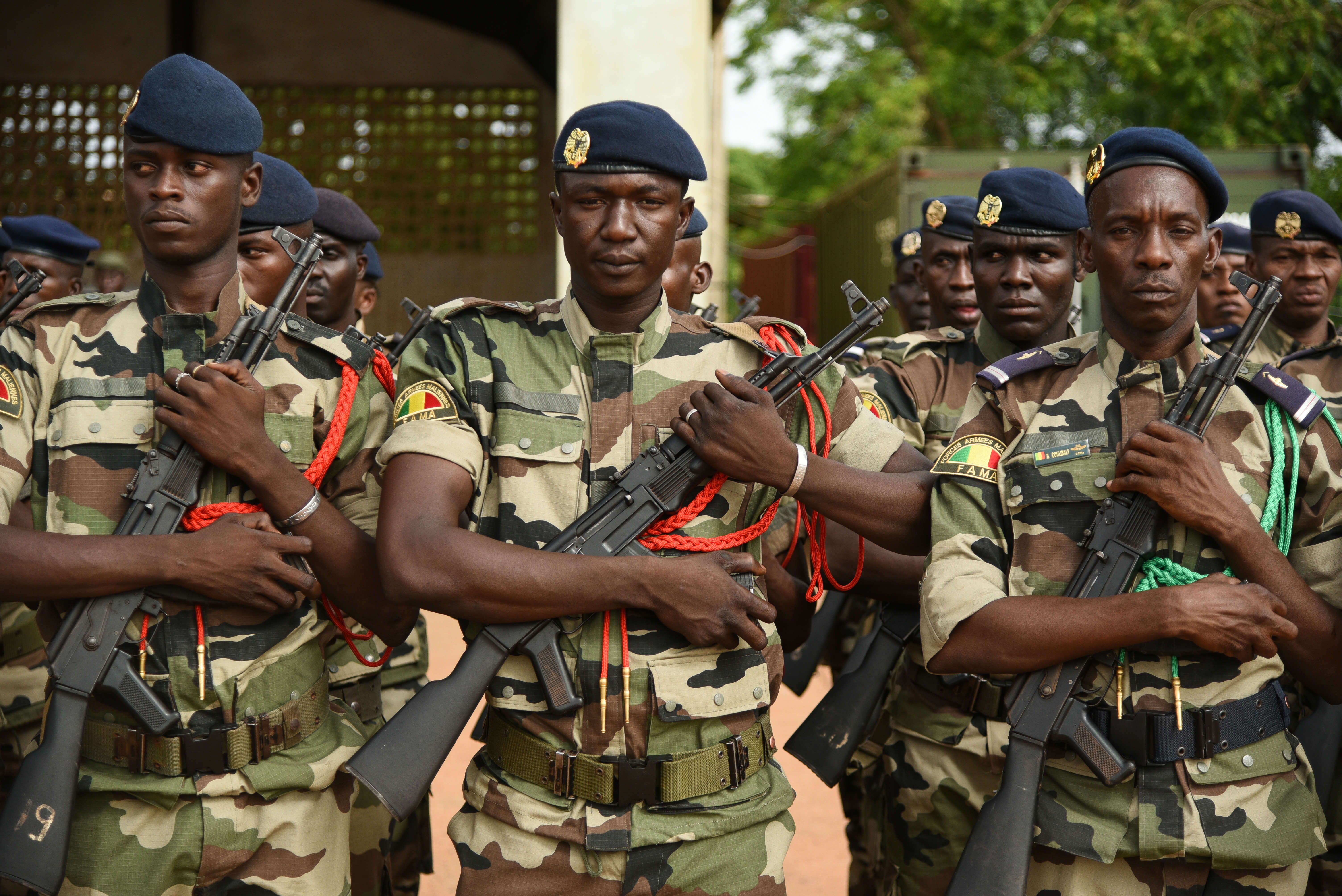 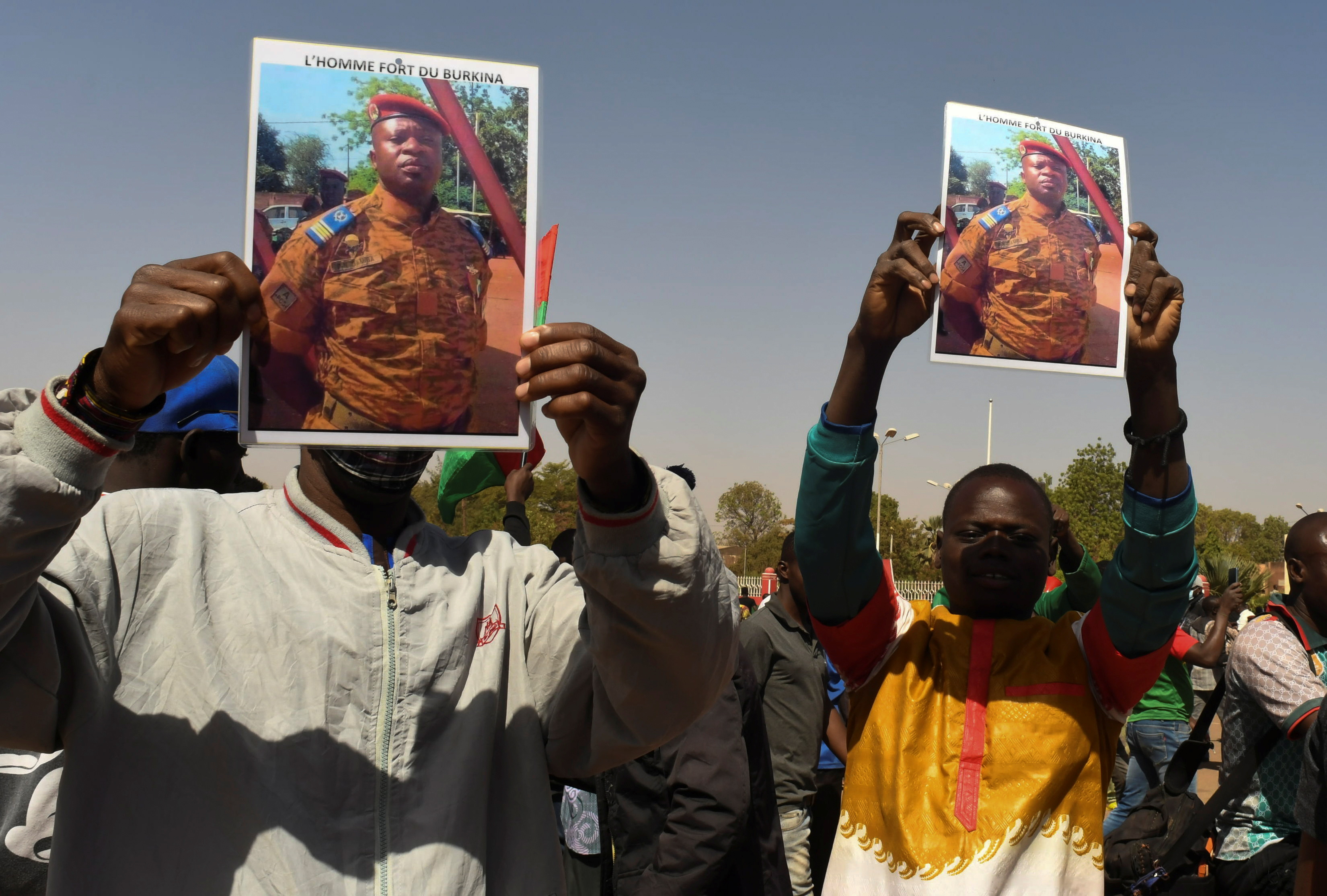