In February, a new joint military doctrine for Belarus and Russia was published. Its content reflects the changes that have taken place in recent years both in the perception of threats by Belarus and Russia and in the security policy of the Union State. Both countries will deepen their military, political, and economic integration to counter the alleged dangers posed by NATO. This will require the Alliance to further adjust its deterrence and defence capabilities on its Eastern Flank. 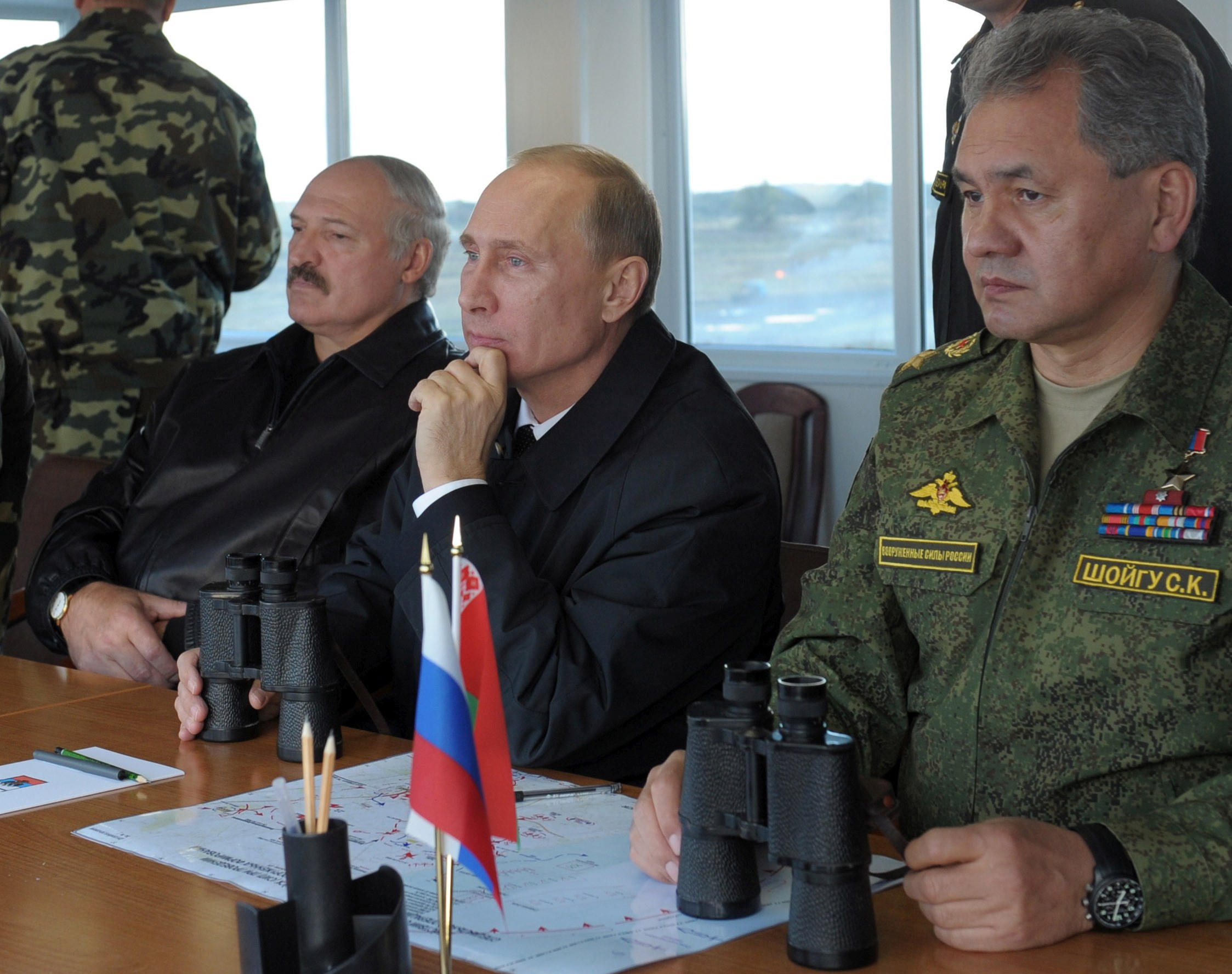 The military doctrine of the Union State, the adoption of which was announced at the meeting of the Supreme Council of the Union State of Belarus and Russia on 4 November 2021, shows how Belarus and Russia perceive the most important threats and how they plan to protect themselves from them. The first and only document of this type so far was adopted in December 2001, shortly after the Union State was established, and as particularly important threats it indicated those related to international terrorism. The doctrine of 2001 assumed increasing military integration between Belarus and Russia and the coordination of their security and foreign policies. However, while both countries conducted frequent joint exercises and developed the Regional Forces Group, until the presidential elections in Belarus in August 2020, there was no real integration. In 2018, Belarus even blocked the signing of a new Union State military doctrine, pointing out that the document did not fully reflect its interests. That changed after the elections and the protests and repression in the country that followed. The present document was adopted as an element of the deepening integration of Russia and Belarus.

The Most Important Provisions

The new document contains numerous references to the 2016 Belarusian military doctrine and 2014 Russian military doctrine. The catalogue of threats indicated in it is a compilation of the Belarusian and Russian doctrines, although the description of some have been lengthened. Both the catalogue of threats and the methods of action of potential enemies indicated in the new doctrine should be considered as areas in which both Russia and Belarus will activate a response. The document is definitely different from the doctrine of 2001. It shows the Union State is more likely to confront Western countries than to cooperate with them. It also has a different structure, one largely based on the military doctrine of Belarus. It focuses on broad periods: a time of peace, a time of an increasing military threat, and a time of war, to which appropriate actions by Belarus, Russia, and Union State entities have been adjusted.

Much attention in the document was devoted to the Regional Forces Group, which includes the armed forces of Belarus and Russia. Previously, it was assumed that on the Russian side they were made up of only units of the Western Military District. That changed in practice in 2022 when Russia transferred components from its Eastern Military District to Belarus for exercises of the Regional Forces Group.

The doctrine focuses on the period of increasing military threat, which may last for a long time. During it, both states should not only pursue the agreed security and foreign policy but also organise regular exercises, deepen cooperation between their defence industries, coordinate the procurement of armaments, and develop the infrastructure necessary for the use of the Regional Forces Group and establish its joint command. Hybrid threats are considered very important, which corresponds to the military doctrines of Russia and Belarus. The dangers related to information warfare and cyberthreats were identified as most important.

The Practical Meaning of the Doctrine

The provisions of the doctrine indicate that Belarus and Russia consider NATO as the most important challenge to their security, especially the Alliance’s development of infrastructure in the countries of the Eastern Flank, and the policy of the United States, including alleged plans to deploy weapons in space and building capabilities to destroy any target in the world by conventional missiles—although the U.S. has terminated the Conventional Prompt Global Strike programme. In response, both countries plan to deepen military integration, including the unification of the legal framework for the creation and use of armed forces units of both countries, unification of their command systems, increasing the degree of integration within the Regional Forces Group (its joint command is to be created during the time of increasing threat), and unification of military education systems. Moreover, the cooperation between defence industry enterprises will be expanded, as they will be able to count on systemic support from both countries.

In practice, the implementation of the provisions of the doctrine will most likely mean the creation of further joint training centres that will function as quasi-military bases and enable the deployment of Russian equipment to Belarus, such as the S-400 missile system (NATO reporting name: SA-21 Growler) or Iskander (SS-26 Stone) ballistic missile systems.

Taking into account that the most important goal of the Regional Forces Group is to stop an attack (by implication from NATO countries), and to conduct an effective counterattack, an increase in the number of exercises similar to Zapad and Union Resolve, which will be run according to similar scenarios, should be expected. Due to the greater number of manoeuvres, the number of Russian units in Belarus will also temporarily increase, which over time may turn into a permanent, rotating presence.

The great importance attached to hybrid threats in the doctrine indicates that both countries will use tools such as information warfare, cyberattacks (including on critical infrastructure). or energy blackmail to an even greater extent in relation to entities identified as a source of threat. It should also be expected that Belarus will be used by Russia as a proxy in conducting hybrid actions against NATO countries

The doctrine also indicates the need for concerted diplomatic actions by Russia and Belarus. Therefore, an increase in the number of joint initiatives of both countries at the OSCE and UN forum can be expected. That is why Belarus should not be perceived as totally independent in conducting its policy within these organisations. All this will mean for Belarus deeper military and political dependence on Russia.

The provisions of the new doctrine indicate that the military integration of Russia and Belarus will deepen to the extent that the Belarusian military will be fully interoperable with the armed forces of Russia in terms of training, command systems, and equipment used, and that in practice, at the operational level, it will be part of the Russian forces.

For Russia, the military subordination of Belarus is in line with its strategic goals. It not only increases security in the Western strategic direction but also it expands operational capabilities in relation to the countries of NATO’s Eastern Flank and Ukraine. In this context, the possibility of an unhampered and rapid expansion of its military presence and the deployment of equipment such as missile or air defence systems near the border with NATO countries (under the pretext of joint training and exercises), increasing the number of material storage areas for equipment, and extending the existing possibilities of using Belarusian infrastructure, such as airports, for military purposes will be of particular importance for Russia.

In turn, NATO, taking into account both the assumptions of the new doctrine and the progressing military integration within the Union State, should treat Belarus as part of the Russian military space. This should lead to changes in the defence and rearmament plans of the Eastern Flank. This should also be taken into account in Alliance–led exercises.

Particular attention should be paid to expanding the Alliance’s capabilities to counter information wars, prevent cyberattacks, and build resilience to hostile hybrid activities.

The countries of the Eastern Flank, as well as partner countries such as Ukraine, Finland, and Sweden, will be most exposed to threats below the threshold of war. This means that the Eastern Flank states bordering Belarus should extend the scope of cooperation in combating hybrid threats from this state. In this regard, it is worthwhile for them to cooperate with allies, in particular with the U.S., but also with NATO partner countries. 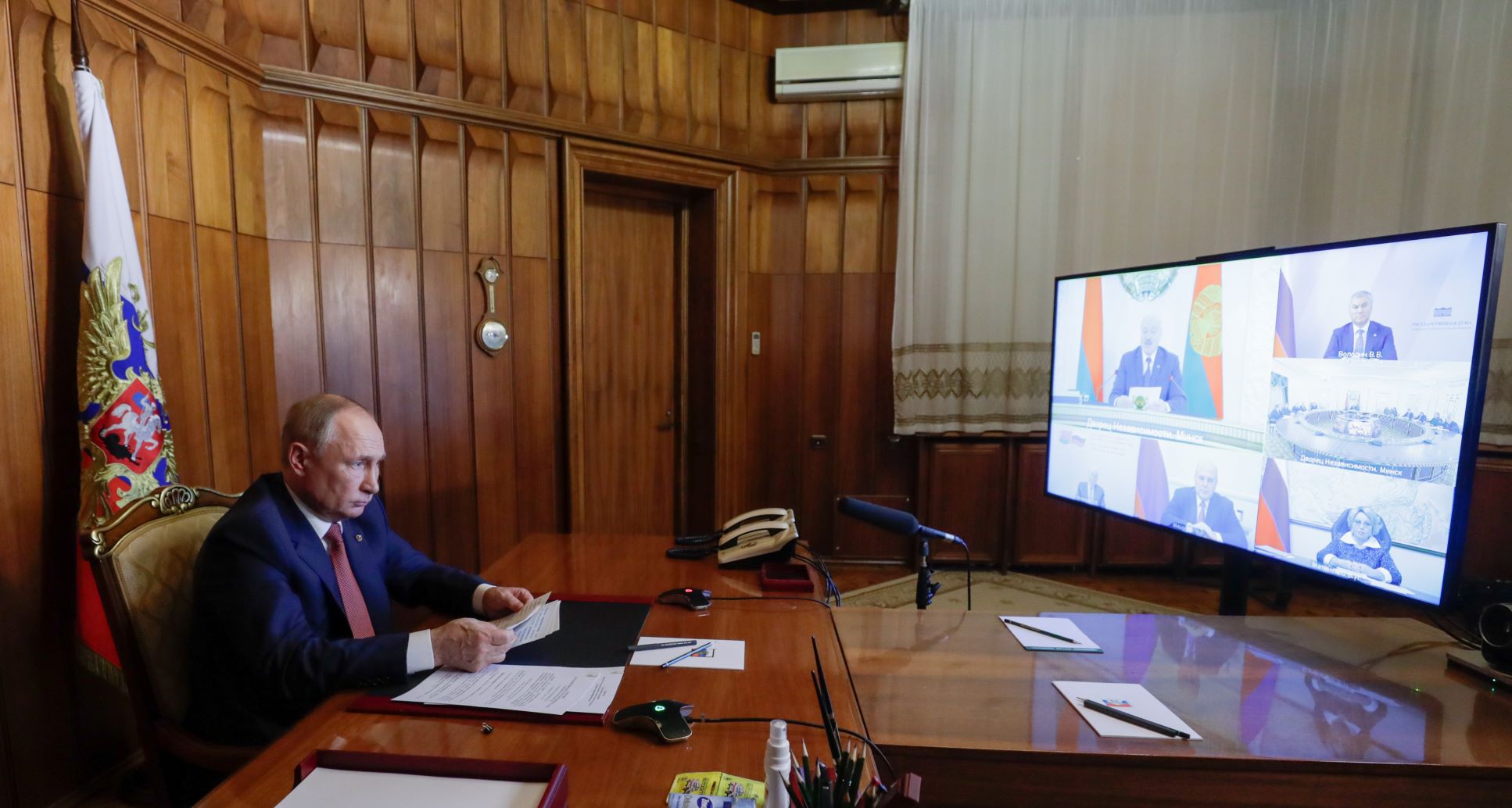