Iran Assists Russia with Weapons -- the Military and Political Consequences
171

Iran is strengthening its informal alliance with Russia despite its initially cautious position on the war against Ukraine. The use of Iranian drones by Russia has been confirmed multiple times, and there are increased signals about the delivery to Russia of ballistic missiles. These systems will marginally affect the unfavourable military situation for Russia, but they likely will increase damage to Ukraine’s civilian infrastructure and the risk of another refugee wave. In this context, there is an urgent need for assistance for Ukraine with counter-drone and missile defences, as well as a change of EU policy towards Iran on the issues of non-proliferation, its nuclear programme, and the internal situation. 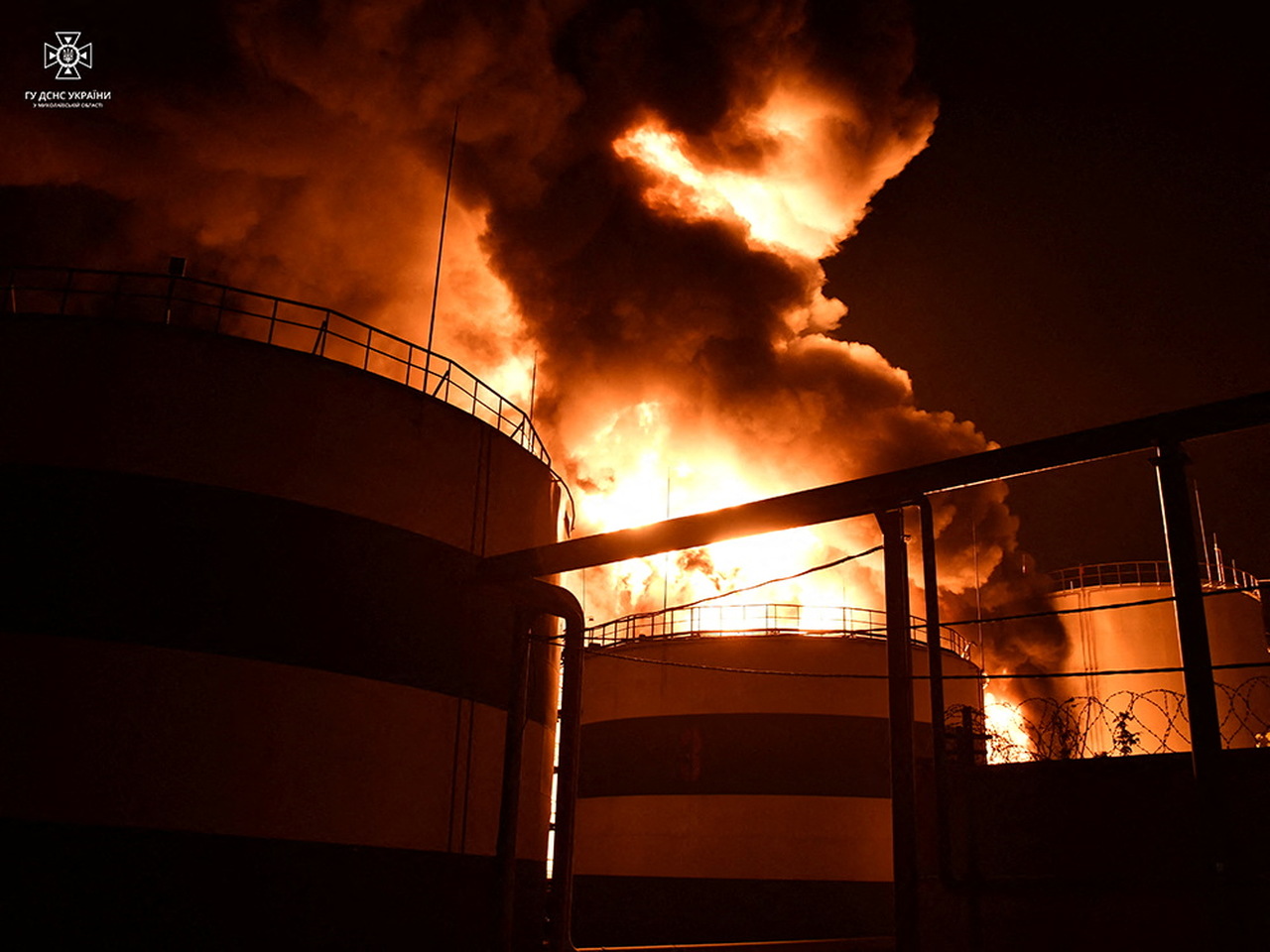 Since at least September this year, Russia has been launching Iranian uncrewed aerial vehicles (UAVs) against Ukraine. These proved previous U.S. intelligence reports on negotiations between Russia and Iran regarding reconnaissance drones and loitering munitions (“kamikaze drones”). In mid-October, reports also emerged on the planned delivery of short-range ballistic missiles from Iran to Russia, which coincided with the increased use of Iranian drones against civilian targets in Ukraine.

Russia is suffering high losses during the war with Ukraine, with every month showing growing gaps in its weapons and ammunition. Fragmentary information suggests Russia’s interest in a few systems from Iran. Negotiations on these were initiated in June, and in July-August in Iran there were military demonstrations and initial training for Russians. Iran first delivered Shahed-136 kamikaze drones and Mohajir-6 multi-role UAVs, both of which were confirmed over Ukraine in September. The Shahed-136 is an Iranian-made drone based on the smaller Shahed-131 used by Iran and Shia militias against targets in Saudi Arabia, Yemen, and Iraq. According to Iran, the Shahed-136 has a range of 2,500 km, which is in fact unattainable. The real range with a 40 kg warhead is more likely up to 630 km. Since October, Russia also has been using the Shahed-131 (250 km range) with a 15 kg warhead. According to Ukraine’s intelligence, Russia commissioned 2,400 of both systems; however, it is hard to estimate if and when Iran could delivery such a large quantity of kamikaze drones. The Mohajir-6 UAV is mainly dedicated to reconnaissance on the battlefield, but it can be armed with two light, gliding bombs, each weighing 45 kg. According to Iran, the Mohajir-6 has a range of 2,000 km, but the need for control stations and communication might limit its range to a 200-500 km radius. Moreover, Iran allegedly offered to Russia the Shahed-129, modelled on the Israeli Hermes-450 multi-role UAV. It has an engine and range similar to the Mohajir, but it can be armed with four light, gliding bombs. Currently, Iran may possess up to 50 of both multi-role models. It is reported that Iran also showed the Russians a Shahed-171 reconnaissance drone, but this as a simple imitation of the U.S.-made RQ-170 UAV, but likely without the declared performance and stealth technology of the original.

According to U.S. intelligence, Russia also negotiated with Iran the delivery of ballistic missiles of the Fateh-110 family. Its basic version carries a 500 kg warhead up to 300 km, but Iran supposed also offered the newest version, the Zulfiqar, which has a purported 700 km range (achievable with a lighter warhead). Iran might possess up to 100 launchers and an estimated reserve of 1,000 Fateh family missiles. These were already used against targets in Syria and Iraq. The leaked intelligence report does not mention the quantity and timeframe of Fateh and Zulfiqar deliveries to Russia, negotiations about other versions, or cruise missiles from Iran. There is also no official confirmation of non-governmental experts’ reports about the delivery of a heavy kamikaze drone, the Arash-2 (260 kg warhead, range up to 1,400 km), which likely is still in the testing phase.

With the war in Ukraine still continuing, Russia is deepening its “strategic partnership” with Iran, cemented by joint intervention in Syria. Russia’s cooperation with Israel (broken in 2014) along with new Western sanctions are making it impossible for Russian industry to meet the demand for various types of UAVs. Russia is searching for readily available, simple and cheap systems to fill gaps in its UAV capabilities, as well as its Iskander missile arsenal. This new phase in Russian-Iranian cooperation also stems from the refusal by China to provide these weapons and North Korea’s limited capabilities to Soviet standard artillery ammunition. Moreover, with the failures of the Russian Army and U.S. sanctions, there is the possibility Russia will lose more weapons contracts and even give up traditional Asian arms markets, which taken together make the Russia-Iran military cooperation more attractive.

In the context of internal tensions, Iran is even more determined to deepen the informal alliance with Russia. The authoritarian character of both regimes strengthens their common interests, and after more than a month of protests by Iranians, the demonstrations are perceived as a real threat of another “colour revolution”. Iran, like Russia, wants to use the high oil and gas prices to leverage its position vis-à-vis the West. Russia has offered to Iran nuclear technologies (so far, civilian) and in case of no compromise with the U.S., it will be hard to agree on new UN nuclear sanctions. Russia’s attractiveness to Iran is also related to some military capabilities, so far limited by international sanctions. Iran’s priorities are the Russian Su-34 multi-role jet and S-400 advanced air defence systems. Iran cannot further postpone its plans for modernisation of its air forces, based mainly on obsolete U.S. F-4, F-5, and F-14 airplanes (with 1-2 accidents a year). Russia may also support upgrades of Iran’s 35 MiG-29 airplanes to the SMT version and overhaul its three Kilo-class submarines. Moreover, Iran might see assistance to Russia with UAVs, missiles, and other equipment as stimulus for its own arms industry. In other words, a long Russia-Ukraine war may become a source of income that was never ensured by Iran’s allies or proxies in the Middle East.

So far, the weapons from Iran are not changing the military situation in Russia’s favour. Operations of the newly introduced systems also have not been without issues, so Iranian Revolutionary Guards are present in Crimea (and likely also in Belarus). The use of the Shahed-136 is further proof of Russia’s shrinking cruise-missile arsenal, while the introduction of the Shahed-131 suggests limited capabilities to produce new Russian kamikaze drones. Since September, Russia has used the Shahed-136 in eastern Ukraine and against Odesa, and since October, in strikes from Belarus against critical infrastructure and the civilian population of Ukraine. Through October, Russia damaged up to 30% of Ukraine’s power stations. The Russian calculus here might be based on its lessons learned from the Syrian war—the Iranian kamikaze drones and missiles may be intended to terrorise the Ukrainians in the hope that they will force concessions from their government, and through another wave of refugees, to destabilise the rest of Europe.

The multi-role Mohajir-6 UAVs will have a marginal impact on the course of the war in the east and south of Ukraine. Russia’s acute problems there are related to weak reconnaissance and high losses among artillery correction UAVs. Moreover, the Mohajir and Shahed-129 UAVs are too lightly armed to substitute for Russian close-air support by attack airplanes and helicopters. Nevertheless, these Iranian systems might complicate Ukraine’s air defences, creating a dilemma between the deployment of limited systems to the front or holding them back to protect cities and infrastructure. If Fateh-110 and Zulfiqar ballistic missiles are deployed to Belarus, Russia may also cause more damage and causalities in the Kyiv area. In this context, it should be stressed that Ukraine, after running out of interceptors for its S-300V systems, will be left without active defences against ballistic missiles.

Iranian weapons for Russia will permit it to continue its aggression against Ukraine. Air defence and counter-drone systems should be the priority of the military assistance to Ukraine in the next few months. To cope with the Iranian UAVs, Ukraine will need not only point air-defence systems in huge quantities but also electronic warfare systems. The expected introduction of Fateh-family missiles will cause also the need for a strategic decision—so far postponed—by Ukraine’s partners whether to reconstitute its ballistic missile defences, for instance with PAC or SAMP-T systems. Ukraine’s partners must also expect the need for additional humanitarian aid and support for civilian infrastructure during the winter with increased missile strikes by Russia.

In light of the prolonged social unrest in Iran and lack of real progress in the nuclear negotiations, there is the necessity for changing EU policies related to these issues. Recently agreed EU sanctions on Iranian UAV producers and the Revolutionary Guards should be presented to the Iran regime as a possible initial step towards harder policies on the latter, and countering UAV and missile proliferation beyond the Middle East. There are more visible circumstances to assume that the current government of Iran is not interested in a revival of the original conditions of the 2015 nuclear agreement (JCPOA). Some of Iran’s demands, like an agreement binding future U.S. administrations, are unrealistic, and further uranium enrichment to higher levels will negate support from the Biden administration and Congress for a deal. In the context of the unprecedented protests in Iran, there is also the need to increase EU sanctions on the Iranian regime regarding human rights issues. The effectiveness of this pressure will be greater with close and timely coordination of new EU and U.S. sanctions on Iran. 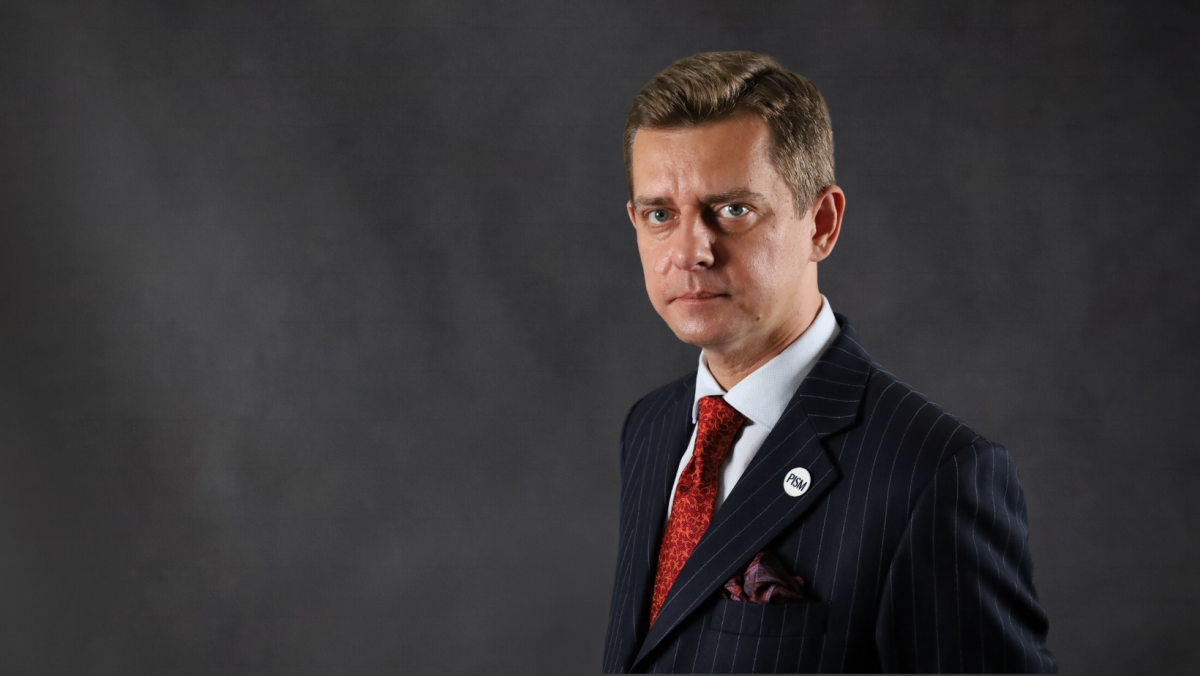 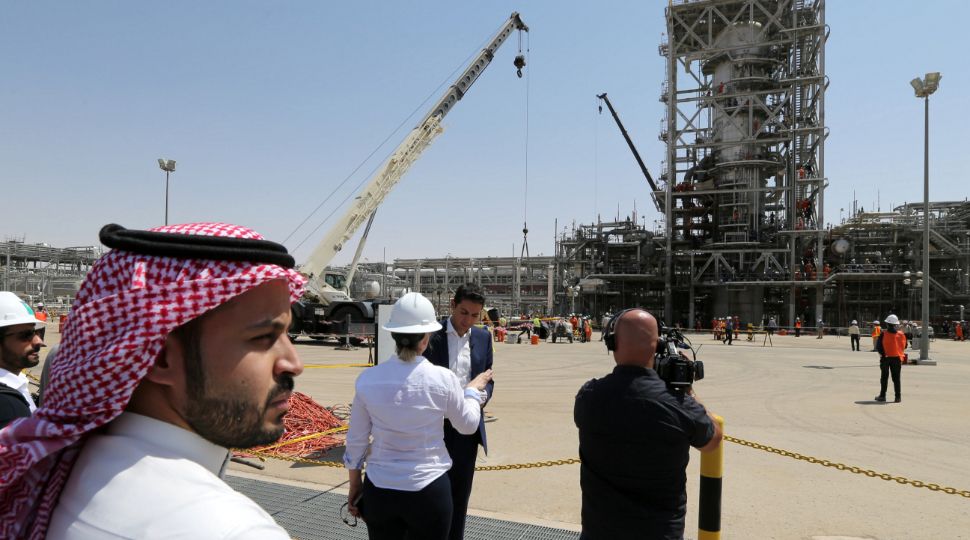 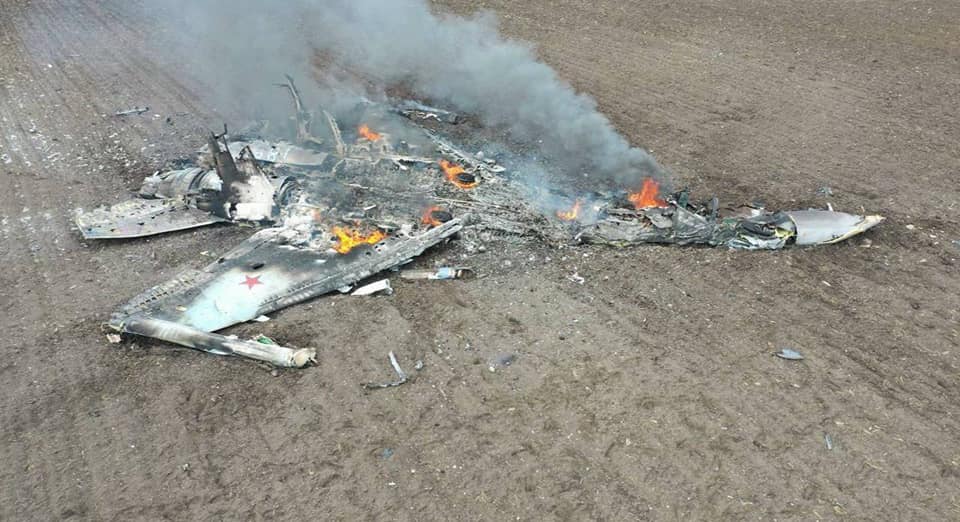 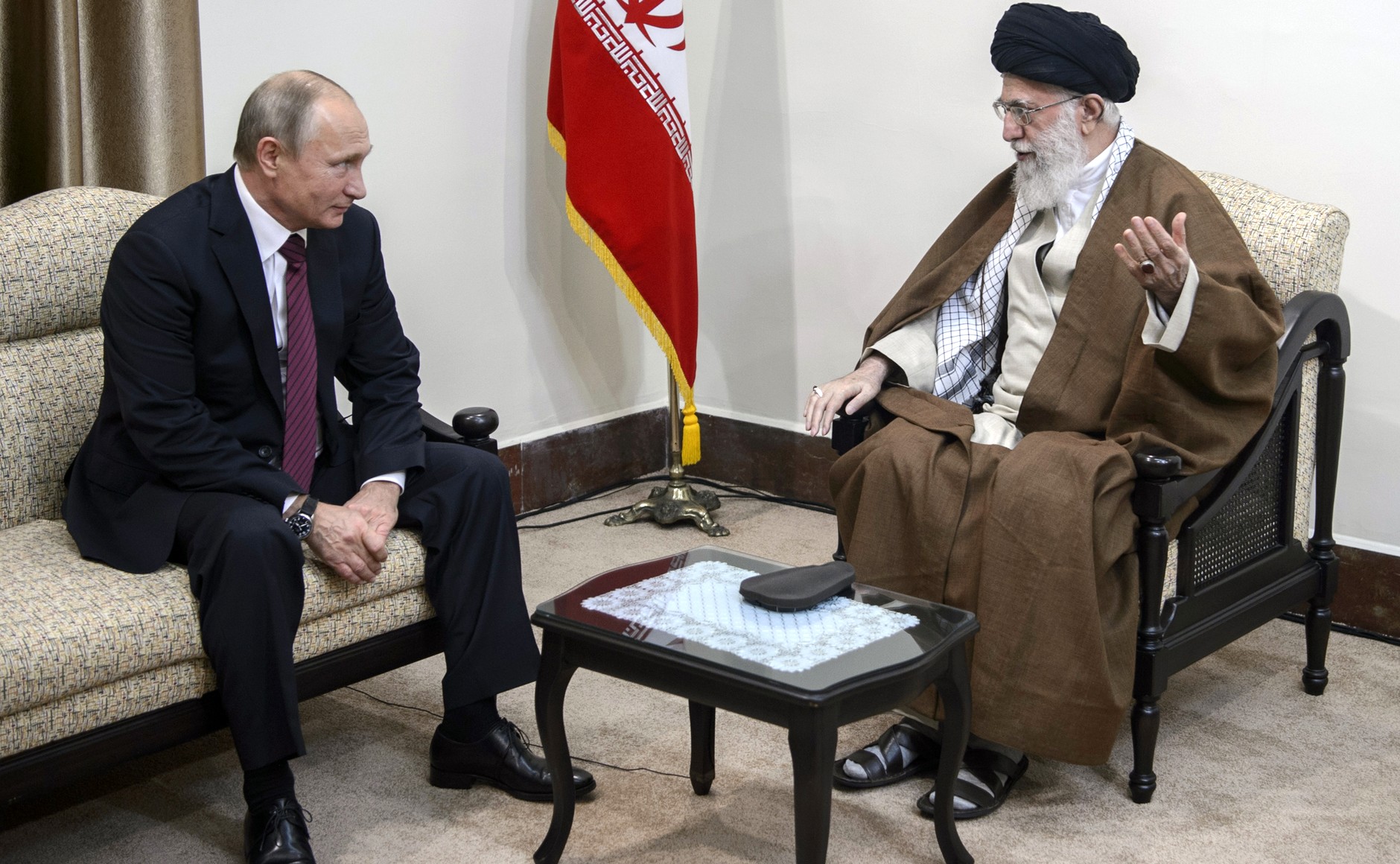