On 17 June, the European Commission (EC) recommended granting Ukraine and Moldova candidate status for EU membership and an accession perspective for Georgia. A positive decision of the European Council at the summit on 23-24 June is likely after the visit to Ukraine of the leaders of France and Germany, among others. They joined the Central European countries in expressing their support for candidate status for Ukraine. Poland, which supports EU enlargement in the Balkans as well as bringing its eastern neighbours closer to the EU, has the competence to actively engage in this policy in its new, eastern dimension.

The Commission issued three separate opinions on membership of Ukraine, Georgia, and Moldova. It recommended that the European Council propose the prospect of integration with the EU to all three countries: candidate status to Ukraine and Moldova, and for Georgia only after it meets additional conditions. The EC argued that Ukraine is well advanced in achieving stability of institutions guaranteeing democracy, the rule of law, human rights, and the protection of minorities, and that Moldova has solid foundations to develop such stability. It emphasised Ukraine’s macroeconomic and financial resilience and pointed to Moldova’s progress in achieving the same. The Commission also called on both countries to reform further and pointed out that the opinion assumed that further steps will be taken on the rule of law, among other areas, including strengthening the independence of the judiciary, fighting corruption, de-oligarchisation, and increasing media freedom. With regard to Georgia, this catalogue of reforms includes conditions for guaranteeing the full functionality of all state institutions and improving the electoral process.

In the EU’s enlargement process, the EC issues an opinion on the application of a state aspiring to membership at the request of the Council of the EU. On 7 March, the Council asked for an opinion on the applications submitted by Ukraine on 28 February—four days after the Russian aggression—and on 3 March by Georgia and Moldova. The Commission’s opinions are based on questionnaires that were sent to the applicant countries in April and returned in May. The recommendations also consider the implementation of EU Association Agreements, including Deep and Comprehensive Free Trade Agreements (DCFTA).

The trigger for this new opening in enlargement policy was the receipt of the application from Ukraine—after it was invaded Russia on 24 February—the first of the three to submit one. That is why Ukraine’s EU partners backing its inclusion in the Union focused primarily on endorsing this very application. Central European countries have remained the most active advocates of granting Ukraine candidate status. On the day Ukraine submitted its application, the presidents of Bulgaria, Czechia, Estonia, Latvia, Lithuania, Poland, Slovakia, and Slovenia called on all the Member States to act to immediately grant Ukraine candidate status and to open the negotiation process. This postulate is also supported by Hungary, Croatia, and Romania. Outside the region, candidate status for Ukraine is most strongly backed by Ireland, and Finland and Italy were also declared advocates.

Among the countries sceptical or indecisive towards granting Ukraine candidate status were Austria, Denmark, France, the Netherlands, and Germany. In March, the Austrian government expressed doubts about an EU perspective for Ukraine, although it later modified this position. Denmark’s and the Netherlands’ objections results from their generally rigorous assessment of the state of the rule of law in prospective members, and together with France they are traditionally the least inclined to support EU enlargement. In Germany, in turn, the lack of consensus in the government on how to conduct policy towards Ukraine has made it impossible for a long time now to formulate a definite position on granting it candidate status. However, it became a necessity in view of the upcoming publication of the EC’s opinion. The day before the opinion was issued, the leaders of France, Germany, Italy, and Romania visited Ukraine, and the moment was used by the German and French authorities to present a favourable position on candidate status.

Russia’s attack on Ukraine and the universal support of the democratic world for the latter has spurred the Council of the EU and the Commission to immediately react to the Ukrainian application for membership, and thus to the applications from Moldova and Georgia. The pace of activity is expected to be maintained by the European Council, which will refer to the opinions of the EC just a few days after their publication. Also, the varied content of the opinions reflects the transformation progress made so far in the applicant countries.

The probability of granting Ukraine and Moldova candidate status for EU membership, as well as covering Georgia with the perspective of European integration, has significantly increased. The decisive factor is the positions of France and Germany, the biggest of previously sceptical states. However, their positive opinion may not result from the conviction that it is right to extend this policy farther eastward, but from a calculation that their approaches so far to Russia’s aggression against Ukraine—including France’s concern for the Kremlin’s image or Germany’s ambiguous attitude towards supplying arms to Ukraine—have generated more political costs than benefits. Further costs could lead to a weakening of their credibility in co-creating further EU policy towards Ukraine. Important to persuading the sceptical and undecided countries to their new positions was the stances of most of the Central European countries, Poland in particular, as well as the Baltic States, Commission President Ursula von der Leyen, and the attitude of Ukraine’s President Volodymyr Zelensky and the resistance of his fellow citizens to the Russian aggression and occupation.

If the European Council concurs with the EC opinion, it will mean a change in the direction of the enlargement policy that the EU has pursued so far solely in the Balkans (accession talks with Turkey have been suspended) in the conviction that after the integration of this region, enlargement could be extended to the eastern partners. Furthermore, granting Ukraine and Moldova candidate status for EU membership as early as June this year would mean a much more rapid pace of integration than usual. For comparison, in the Balkans, which have been covered by the EU enlargement policy for two decades, Bosnia and Herzegovina has been waiting over six years since submitting its application, Albania obtained candidate status after five years, and Macedonia, Montenegro, and Serbia after about two (Kosovo has not yet submitted an application for membership). In their case, the European Council first offered them the prospect of integration with the Union, and only then did they apply for membership.

Implementation of the EC’s recommendations would undermine the effectiveness of the Russian policy of interfering with the sovereignty and territorial integrity of its neighbours who have engaged in cooperation and integration with the EU and the West. Russia has conducted this policy towards Ukraine, including by occupying Crimea and part of Donbas, towards Georgia by strengthening forces in the sheared off regions of Abkhazia and South Ossetia, and towards Moldova, where Transnistria serves a similar purpose. Russia also has acted to undermine the sovereignty of states in the Balkans, in particular Macedonia, Montenegro, and Bosnia and Herzegovina.

Candidate status is the initial phase of integration with the EU and does not mean the start of accession negotiations. This next step requires the fulfilment of conditions and a unanimous vote of the current Member States (out of the six Western Balkan countries, only Montenegro since 2012 and Serbia since 2014 are in this stage). Next steps consist of the opening of several clusters of reforms (currently including a total of 35 chapters), and then completing the requirements and closing them. Following that stage is the conclusion of negotiations, signing the accession treaty, ratifying it in all the candidate and Member States, and then accession.

Acceptance by the European Council of the EC’s opinion would be an important step in Ukraine's path to membership, which in March was supported by 91% of its inhabitants. It is in the interests of Poland and other countries promoting Ukraine’s EU aspirations that it maintain a realistic perspective for further integration. In co-creating the eastern section of EU enlargement policy, Poland can use the experience of its cooperation with the Balkan states, including sharing expertise at the working level, and its cordial relations with Ukraine and other partners, also at the highest political level. One instrument to this end could be the establishment of a bilateral “Kyiv Conference”, analogous to the Skopje and Belgrade Conferences, which are annual forums for sharing pre-accession experiences. 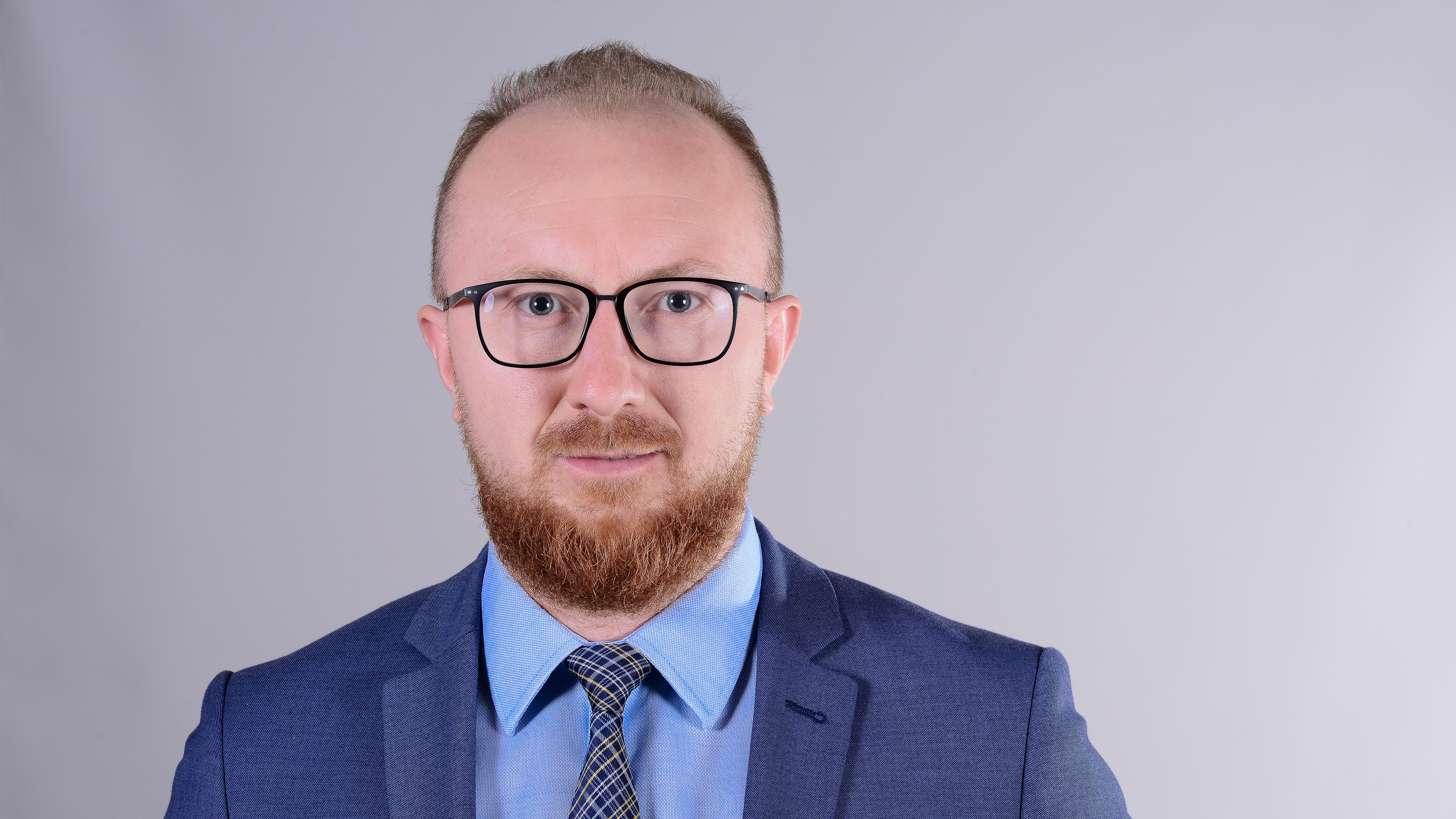