Two Years of Russian Military Operations in Syria: Results and Prospects
On 30 September 2015, Russia began its military operations in Syria. Thanks to Moscow’s support, Syrian government forces now have control of almost 50% of the state’s territory, compared to 20% before the Russian intervention. Russia’s military engagement was used to strengthen its own position in the Middle East and to test equipment, command systems, and its armed forces in combat conditions.
Anna Maria Dyner 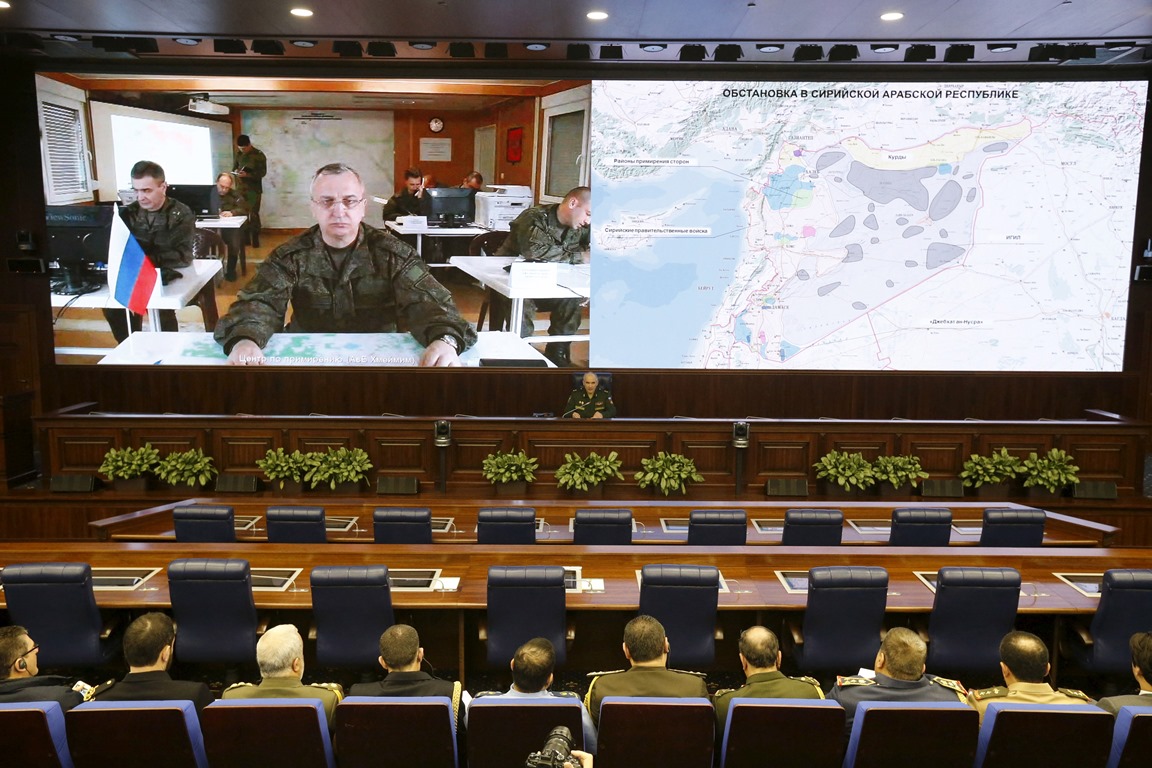 The Syrian operation is the first that Russia has conducted outside the former Soviet sphere since the Soviet Union engaged in Afghanistan. In Syria, Russia has used its aero-cosmic forces (VKS), Special operations forces (SOF), military police, and navy. Aside from cooperation with the Syrian army, the Russian forces work with the Iranian Revolutionary Guard (IRG), Lebanese Hezbollah, and Shiite militias. The Russian Ministry of Defence says 40 soldiers have been killed in the operation, although unofficial estimates indicate that the number of fatalities is twice as high. Due to the Russian efforts, the Astana Process was inaugurated in 2016. It resulted in the creation of four de-escalation zones in Syria, with Russia, Iran, and Turkey as guarantors.

The aero-cosmic forces have been the most important element of the Russian military operation in Syria. During the two years of operations, the VPK has made about 30,000 combat flights and about 90,000 attacks on ground targets. Their tasks have been to isolate the enemy on the battlefield and prevent it from regrouping and strengthening its units, to destroy strategic enemy objects, and to provide direct support for land forces. VPK used its full range of conventional armaments, including modern Su-35 fighters (NATO: Super Flanker) and Mi-35 helicopters (Hind E) and were backed up by air defence units. Operations were carried out from the Khmeimim air base, leased by Russia for 49 years under a 2017 agreement with the Syrian authorities.

The Russian navy has also played an important role in Syria. The Mediterranean operational fleet has been joined by rotations of ships of the North, Pacific Ocean, Black Sea, and Baltic fleets. However, no more than 10 individual units have been involved simultaneously. The fleet was supported by the Caspian Flotilla. The Russians used the aircraft carrier Admiral Kuznetsov for the first time in combat conditions, as well as Kilo-class submarines, frigates, and corvettes of various types, from which Kalibr (SS-N-27 Sizzler) rockets with a range of 2,600 km were launched. Tartus has been the main port used by the Russian naval forces.

Other Units, Including SOF

Apart from the VPK and the navy, Russia’s Syrian operation has involved new types of SOF, deployed there in 2015. The Syrian mission is the largest operation in which these specialised units, formed in 2009 as part of Russia’s military reform, have taken part. SOF have been used to recapture towns and cities, coordinate attacks on aviation and artillery (targeting), conduct reconnaissance and defensive actions (battlefield protection) and cooperate with Syrian SOF. Russia’s traditional SOF, the Spetsnaz, have also been operational. The Russians’ activities in Syria have been not only a baptism of fire for their SOF but also a test of the practical use of Russian Federation strategic documents (e.g., the Military Doctrine) and the Gerasimov Doctrine, which emphasises the importance of using SOF to conduct new types of wars.

Another task of the Russian armed forces, including SOF and other specialised units, has been to coordinate operations with the mainly land-based units of the Syrian army, Hezbollah, and the IRG. Since the beginning of the Syria intervention, Russia has been providing intensive training and equipment to Syrian soldiers.

For the first time, Russia deployed units of military police abroad—about 1,200 gendarmes (four battalions) are stationed in Syria. Their main task is to assist at checkpoints on the borders of de-escalation zones.

In addition, Russian military medical personnel and support staff have been deployed to Syria, as have soldiers of the International Mine Action Centre. According to the Russian Ministry of Defence, the latter have cleared about 5,300 hectares of Syrian territory.

Finally, private Russian military companies are present in Syria. Some also operate in other countries—Ukraine and Libya—where, as in Syria, their task is to protect and hydrocarbon transport infrastructure and mining sites.

Russia’s intervention in Syria has changed the balance of power in the region. Thanks to the actions of the Russian armed forces, the Syrian government has been able to recover about a thousand municipalities, including strategically important Palmyra and Aleppo. The Islamic State group currently controls only 5% of Syrian territory.

Russia has used the operations in Syria to test armaments in combat conditions. Its Iskander (SS-26 Stone), Bastion (SS-C-5 Stooge), and Kalibr missile systems and Kh-101 cruise missiles have all been used. Moreover, modern command systems (utilising the capabilities of Russia’s National Defence Management Centre) and electronic warfare also have been tested. So far, the total cost of the operation in Syria is estimated at $1 billion, with Russia spending $2.5 million to $4 million per day.

For Russia, the operation in Syria has been military and politically significant. The direct and achieved aim of the Russian involvement was to maintain and strengthen the position of Syrian President Bashar al-Assad. Russia has also strengthened its position as a negotiator in the Syrian peace process, and its operations there have not resulted in a threat from Islamic State near the Russian Federation’s borders, also in line with the implementation of Russian military doctrine. The Syrian intervention has demonstrated the increased capabilities of the Russian military (including SOF) to operate outside the post-Soviet space. Russia has also succeeded in restoring and securing the bases in Tartus and Khmeimim. What is more, Russians’ confidence in their military has grown from 64% in 2015 to 69% in 2017, in part because of a wide media campaign promoting the success of the Russian intervention in Syria. At the same time, Russia has proved it can use relatively few resources (no traditional land forces) to maximum effect, showing the changes that have taken place in the Russian approach to modern warfare. This is especially important to Russia because, since the beginning of the Syrian intervention, there was a fear of a re-run of Afghanistan, where the Soviet Union fought for nearly 10 years, suffering severe losses without measurable results, and eventually withdrawing.

The Russian authorities have declared that the mission in Syria will continue until that country’s authorities regain full control over the entire territory of the state. However, Russian troops are expected to remain in Syria even after that goal is attained, mainly to guarantee the functioning of the current political regime because of the weakness of the Syrian armed forces. Further Russian military and political cooperation with Iran and Turkey, including within the Astana process, can also be expected.

Russia most likely will want to continue to operate in Syria, but under the aegis of the United Nations, for example, through a peacekeeping mission. It will strive to reach agreement in this area with European countries, primarily members of the International Syria Support Group. At the same time, the situation in Syria and its resolution will continue to be part of the political and military rivalry between Russia and the United States.