The Risks of Foreign Fighters in the Ukraine-Russia Conflict
150(1898)/2019
In none of the conflicts in the post-Soviet area have so many foreign fighters participated than in the conflict in eastern Ukraine since 2014. It is estimated that more than 17,000 fighters from 55 countries have fought there on either side. Those fighting on the Russian side pose a special challenge to Ukraine’s security and to neighbouring countries because these fighters can engage in terrorism or other radical actions and are part of Russia’s hybrid warfare.
Arkadiusz Legieć 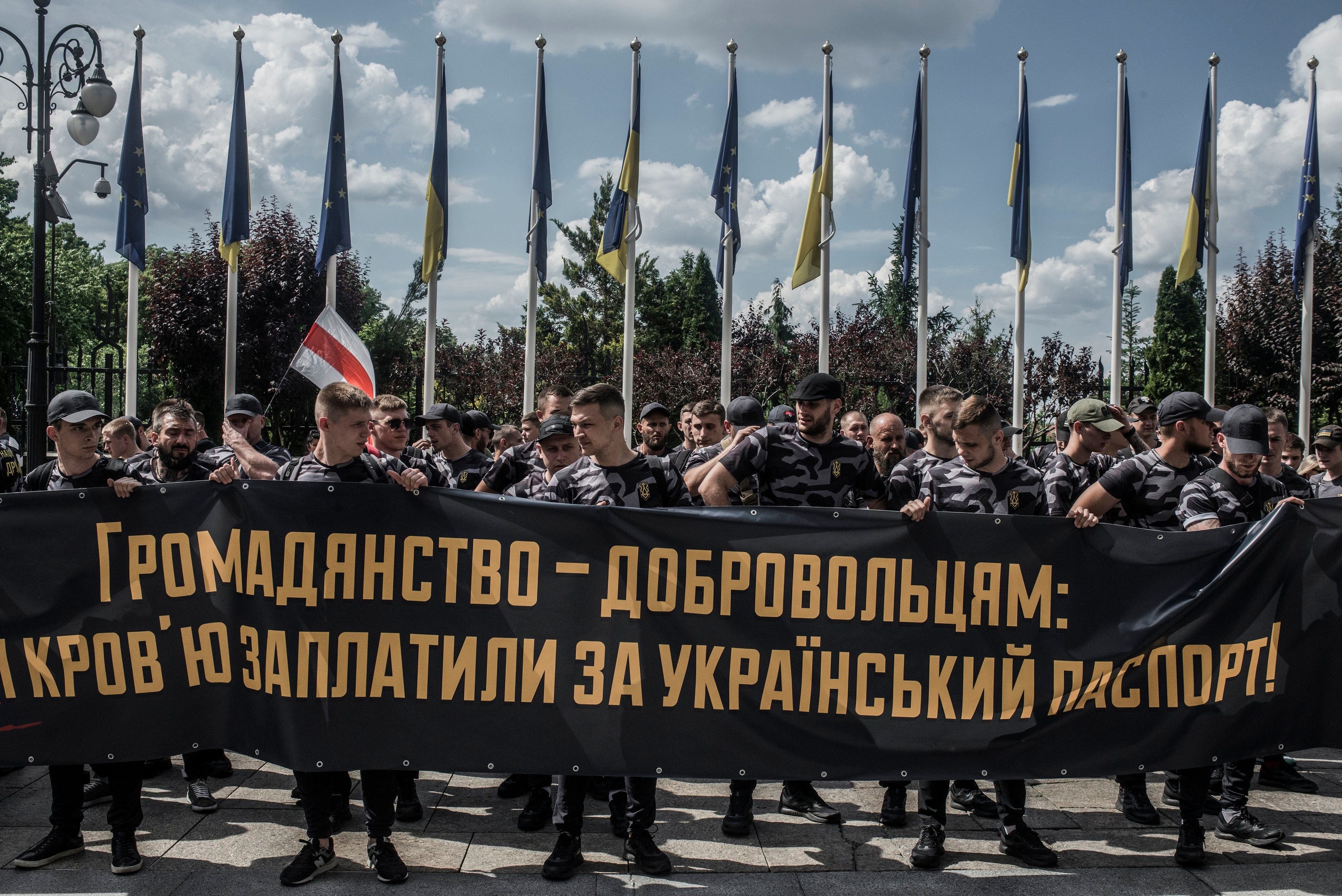 Foreign fighters are people who fight in a foreign conflict mainly for non-financial reasons, meaning they are not mere mercenaries, and yet also are not members of a country’s regular armed forces. More than 17,000 of these fighters probably have participated on both sides of the conflict in Ukraine. The largest group among them are Russians who are not members of the Russian armed forces. These number more than 15,000, including 3,000 on the Ukrainian side. More than 2,000 fighters have come from 54 other countries around the world, including Belarus (800), Germany (160), Georgia (150), Serbia (100), and Poland (20). Most of the fighters are Europeans but others are from the U.S. (30), Canada (10), Australia (10), Brazil (4), Colombia (4), Chile (3), India (2), and New Zealand (1). About 75% of the total number of fighters have fought on the side of the pro-Russia separatists. Some have been new to combat but many in Ukraine had experience from other conflicts, military service, or even the French Foreign Legion.

The fighters’ motivations have included various ideologies, historical memory (grievance), political attitude, nationalism, or ethnic or religious factors. Even on opposite sides, some fighters have held similar views, such as beliefs in pan-Slavism, far-right ideology, racism, or fascination with authoritarian systems.

Foreign fighters entered on the Ukrainian side in 2014 when state defence structures were weak and some defensive functions were taken over by paramilitary units open to foreign fighters, with the consent of the new authorities. The inflow of fighters on the opposing side was stimulated by Russia, which organised the separatists’ militias, recruited and transported foreign fighters to Ukraine, and conducted propaganda.

Certain formations such as the Azov Regiment, Aidar Battalion, Donbas Battalion, or Right Sector have played a significant role in the fight against the pro-Russia separatists. While foreign fighters themselves have had limited impact on the course of the conflict (only amounting to about 1% of those involved in the fighting), their experience has been important for recruiting new volunteers, conducting paramilitary training, intelligence operations, and propaganda activities.

Units in which foreign fighters participated were not part of the chain of command of the Ukrainian armed forces, which gave them broad freedom of action. Some which draw on neo-Nazi ideology developed contacts with other radical organisations in Europe (such as the British National Action, the German National Democratic Party, the Italian CasaPound, and the Polish Stormtroopers), organising training, conducting propaganda activities, and recruiting other fighters in Ukraine and abroad (e.g., Azov Regiment recruited volunteers during neo-Nazi festivals in the UK and Germany). Some of the units have been involved in criminal activities, including arms smuggling, and in war crimes, such as the dissolved Tornado Group. Some have decided to live in Ukraine and apply for Ukrainian citizenship.

To limit the threats related to paramilitary forces, these units were subordinated to the Ministry of the Interior, Ministry of Defence, or incorporated into the National Guard. Initially, not all agreed and some were dissolved, but some retained broad autonomy, only coordinating their activities with Ukraine’s army (including Right Sector and formations subordinated to it that include foreign fighters).

Russia’s Use of Foreign Fighters

During the annexation of Crimea and in its aggression in eastern Ukraine, Russia has used irregular units, including foreign fighters, employed through private military companies (PMCs), special services, “patriotic organizations,” and criminal groups operating in Russia and other countries, such as Belarus, Moldova, Kazakhstan, and Serbia. On the separatist side, units with foreign fighters, including Bryanka SSSR, the Oplot Brigade, the Ghost Brigade (Prizrak), the Rusich Company, and Vostok Battalion, were directly involved in the fight against Ukrainian forces. The influx of foreign fighters on the separatist side internationalised the conflict and was intended to provide support by fighters experienced in military tactics. At the same time, foreign fighters on the Ukrainian side have been the subject of Russian propaganda, especially the participation of neo-Nazis in the Azov Regiment or ISIS veterans in Tatar battalions.

Stimulation of the inflow of foreign fighters has become a permanent element of hybrid operations conducted by Russia, including in other countries. Foreign fighters from Ukraine (sometimes also those fighting on the Ukrainian side) have been recruited by Russian PMCs, including the famous Wagner Group. As mercenaries, they took part in other conflicts, including in Syria, Libya, Sudan, Central Africa, and Mozambique. Russian security services—notably, the special unit GRU 29155—has used foreign fighters for subversive activities and as agents of influence in other countries (including the preparation of a coup in Montenegro in 2016). Some of the foreign fighters leaving Ukraine have infiltrated the security institutions of their home countries. Guillaume Cuvelier, one of the leaders of the foreign fighters on the separatist side in Ukraine, was awarded a medal of bravery by Igor Girkin, a GRU officer and the creator of the separatist military structures. Cuvelier concealed his past and joined the U.S. Army in 2017 before being discharged a few months later.

Significance for Other Countries

Foreign fighters on both sides of the conflict in Ukraine have taken part in subsequent conflicts, including fighting on the side of the Kurds against ISIS in Syria and Iraq or working as mercenaries. Some have also been involved in radical activities in their own countries (militant activity within the yellow-vest protests in Paris, which started in 2018), building radical organisations, or trading arms on EU territory. On 15 July, Italian police, investigating far-right groups that had fighters who had been in Ukraine, arrested three suspects, during which an arsenal intended for sale to Libya was discovered, including an air-to-air missile, 26 firearms, and 20 bayonets. Foreign fighters have also engaged in terrorist activities—the perpetrator of the attacks on 15 March in Christchurch, New Zealand, had been involved in the conflict in Ukraine.

Polish territory has been used by foreign fighters, including for transit to Ukraine, some involving illegal crossings—in 2014, a group of Chechens from Denmark crossed the “green” border with Ukraine in the Carpathian Mountains (Eastern Beskids). In Poland, foreign fighters have organised lectures (one by the leader of the pro-Russian Serbian Chetniks Bratislav Živković in 2016), given interviews, raised funds, and organised paramilitary exercises (Tactical Group Belarus in Warsaw in 2017). Foreign fighters have been arrested in Poland (Austrian Benjamin Fisher in April 2017), however, a huge number of them freely conducted their activities in Poland and in other EU countries.

Conflicts involving foreign fighters in the EU’s neighbourhood are a special security challenge because they attract radicals from around the world who then make further contacts, with some engaging in terrorist activities or becoming instruments of destabilisation, prompted by Russia. The inflow of foreign fighters to Ukraine will continue as long as the conflict persists, thanks to existing channels of mobilisation, established personal relationships, and autonomy for formations open to foreign fighter participation (e.g., Right Sector).

Foreign fighters leaving Ukraine may take part in other conflicts or return to their countries with combat experience and engage in radical activities, including terrorism. Mobilisation of foreign fighters in Ukraine raises significant anti-terrorism and counterintelligence challenges for Poland. It is in the country’s interest to promote in the NATO and EU forums the recommendations from the United Nations’ Security Council Resolution 2178 stating the need to prevent foreign-fighter flows. Within NATO, Poland can support plans to establish a specialised security services agency for this matter. Within the EU, Poland may promote effective preventive measures, such as sanctions on the participation of its own citizens in foreign conflicts (so far, only six EU countries have done so—Austria, the Czech Republic, Poland, Slovakia, Hungary, and the UK) and increased exchange of information between the services on returning foreign fighters from Ukraine. 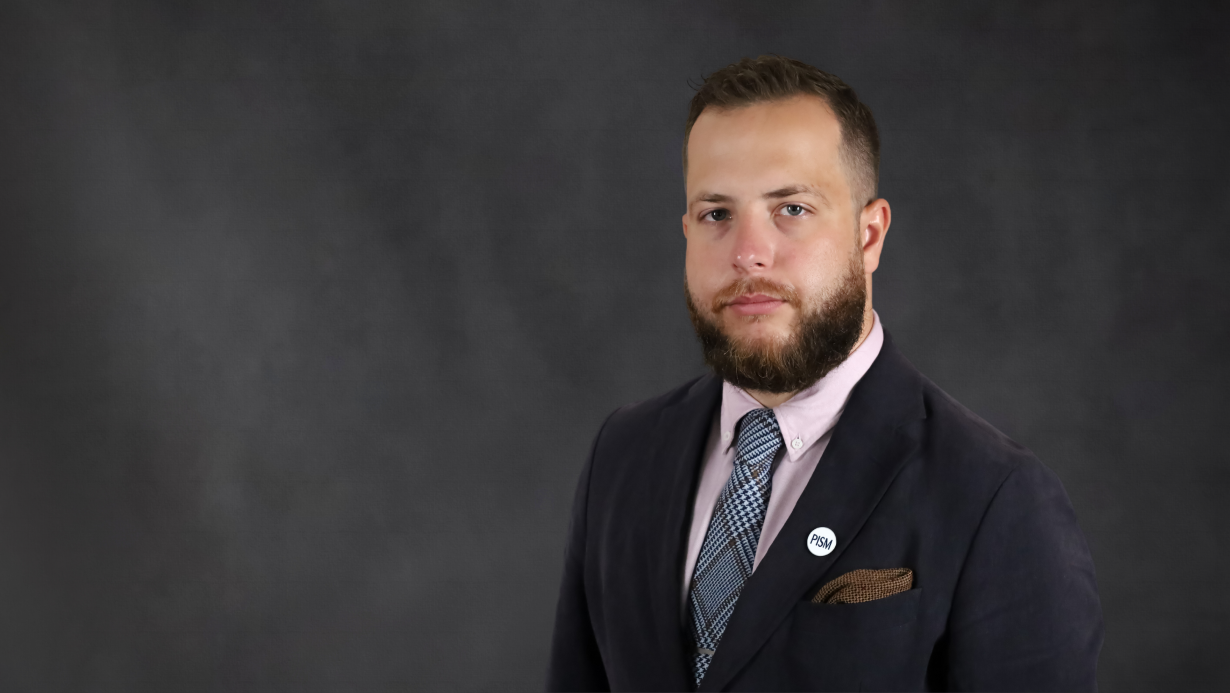