Sub-Saharan Africa in Israel’s Foreign Policy
113 (1555)
Renewing historically close relations with Sub-Saharan Africa is one of Israel’s most important foreign policy aims. Benjamin Netanyahu’s government aspires for lasting change in these countries’ stance on Israel on the international stage. This aim is supported by Israel’s offer of innovation, security, and development aid. However, the intensification of sectoral cooperation has not automatically translated into policy changes among the Sub-Saharan countries.
Michał Wojnarowicz

Origins of the Relations

Israel enjoyed good relations with Sub-Saharan African countries in the first years of their independence. Their partnership was facilitated by geographical proximity and Israeli aid offers of technical support and knowledge transfers. Another important area of ​​cooperation was security, including the supply of Israeli armaments and training of soldiers.

The relations worsened after the Six-Day War in 1967. The occupation of Sinai and the West Bank by Israel negatively affected its reception among many Sub-Saharan African countries. This was based on the perception that Israel was violating the principle of territorial integrity—highly important for African countries—and political pressure from the USSR and Arab states (e.g., Libya), and was often linked to financial and economic support from these entities. The crisis in relations escalated after the Yom Kippur War of 1973, when most Sub-Saharan states broke off relations with Israel. This resulted in Israel’s political and economic withdrawal from Africa, although limited cooperation was maintained with key allies, such as Kenya. The perception of Israel in Africa was also influenced by its security cooperation established in the 1970s with the apartheid regime in South Africa.

Relations have improved since the 1990s. After the end of the Cold War and the start of the Israeli-Arab peace process, most African states re-established relations with Israel. However, the reactivated cooperation was not treated as a priority in Israel’s foreign policy.

The return to tighter relations with Sub-Saharan Africa began after Netanyahu became prime minister in 2009. In 2016, he announced an intensification of political activity in this direction under the motto “Israel is coming back to Africa, Africa is coming back to Israel.” In 2016, he visited East Africa (Ethiopia, Kenya, Rwanda, Uganda), and in 2017, he visited Western Africa, where he participated in a summit of the Economic Community of West African States (ECOWAS) in Liberia. Israel was visited by the leaders of its closest African allies, Rwanda and Kenya among others. A venue for meetings and consultations at the highest level were international forums, especially the UN.

Israel now maintains relations with 40 Sub-Saharan African states, some of which have adopted a more pro-Israeli stance than before. Muslim countries such as Guinea and Senegal accredit ambassadors to Israel. Official meetings have been held between representatives of Israel and Somalia and Chad. As the culmination of the “new opening,” an Israel-Africa summit in Togo was planned for 23–27 October and with the participation of more than 20 heads of state from Africa. However, the event was cancelled because of the intense internal situation in Togo and pressure from Arab states.

Goals and Areas of Cooperation

Israel’s “Return to Africa” ​​is part of its strategy to strengthen relations with countries beyond its traditional partners. Unlike cooperation with Asian countries,[1] where economic issues play a major role, political issues are the priority in relations with Sub-Saharan Africa. Israel’s main aim is to obtain official international support from the largest number of Sub-Saharan countries. A permanent change in the position of these states would allow Israel to break the unfavourable balance of power within the United Nations and its agencies. Israel also seeks observer status in regional organisations—the African Union and ECOWAS.  An important factor in the new strategy is the desire to limit Iran’s influence in Africa.

Israel attributes great importance to developing cooperation in security, especially against Islamic terrorism. Israel supports, for instance, Kenya in the fight against the terrorist group Al-Shabab and remains a supplier of armaments to the region. In 2016, exports of arms and military technology from Israel to Africa amounted to $275 million (4.2% of total Israeli arms exports), although cooperation in this area also generates allegations that Israel supports states that violate human rights.

Another important issue for Israel is the stabilisation of the Horn of Africa. It is directly linked to the immigration pressure affecting Israel since the middle of the last decade. There are an estimated 40,000 African refugees on Israeli soil, mostly from Sudan and Eritrea. Israel’s international image has taken a hit from its firm policy limiting the number of migrants by the construction of a wall on the border with Egypt, limitation of freedom of movement, and financing voluntary departures to other countries, e.g., Uganda or Rwanda.

Israeli Sub-Saharan policy also seeks to increase economic cooperation. Currently, trade with Africa is small. In 2016, it accounted for 1.6% of Israeli exports ($746 million) and 0.4% of imports ($164 million). The country’s offer is based on innovation assistance and is presented as profiled for the needs of African countries, e.g., in communications, renewable energy, and water management.

Israeli development aid plays an important role in the reconstruction of relations with Sub-Saharan Africa. Although financially it is small ($5.01 million in 2016), it covers projects with 38 Sub-Saharan African countries and includes agricultural development, counteracting the effects of climate change, and training and scholarships for students. Priority is given to the countries of East Africa: Ethiopia, Kenya, and South Sudan. Related to this is the provision of humanitarian aid. The Israeli commitment to fighting the Ebola epidemic is attributed to the establishment of relations with Guinea.

The cooperation is not without conflict. Despite the Israeli diplomatic offensive, no Sub-Saharan African country has renounced support for Palestinian aspirations for independence nor countered criticism of Israeli policies in the occupied territories. This is reflected in international forums, where most African countries maintain voting en bloc. Israel’s involvement in Africa is perceived as a threat to the continent’s own interests by the Arab states of North Africa, mainly Morocco. South Africa maintains a policy critical of Israel and opposes granting it observer status in the African Union and supports the pro-Palestinian Boycott, Divestment, and Sanctions (BDS) movement.

In August, Cape Verde denied Israeli statements that the country would adopt a pro-Israeli stance in international forums. Following the vote on a UN Security Council resolution in December 2016, Israel applied diplomatic sanctions against non-permanent members Senegal and Angola. Several development projects were suspended for several months and Israel’s ambassador to Senegal was withdrawn.

Israel will seek to further strengthen its cooperation with Sub-Saharan Africa. Its next priority would be the rescheduling of the cancelled Israeli-Africa summit. Support from Sub-Saharan African states for Israel’s candidacy for non-permanent membership of the UN Security Council in 2018 could serve as proof of the effectiveness of its policy. The wider political reality of the Israeli-Palestinian conflict and intra-African relations may hamper the dynamics of the relations, though. Third party countries may continue to greatly influence the future of these relations. Israel may try to use its alliance with the U.S. to strengthen its diplomatic activities in the region. The attractiveness of cooperation with Israel may increase with criticism of other countries’ involvement in Africa, namely China. However, the gap in the potential and scale of engagement indicates that Israel is not able to replace the key players as a prime partner for Africa.

Israel’s active policy opens up additional opportunities for cooperation with the EU on development projects coherent with the Union’s strategy for Africa. At the same time, Israel should be aware that involvement in cooperation with regimes that violate human rights could enhance criticism from EU states. 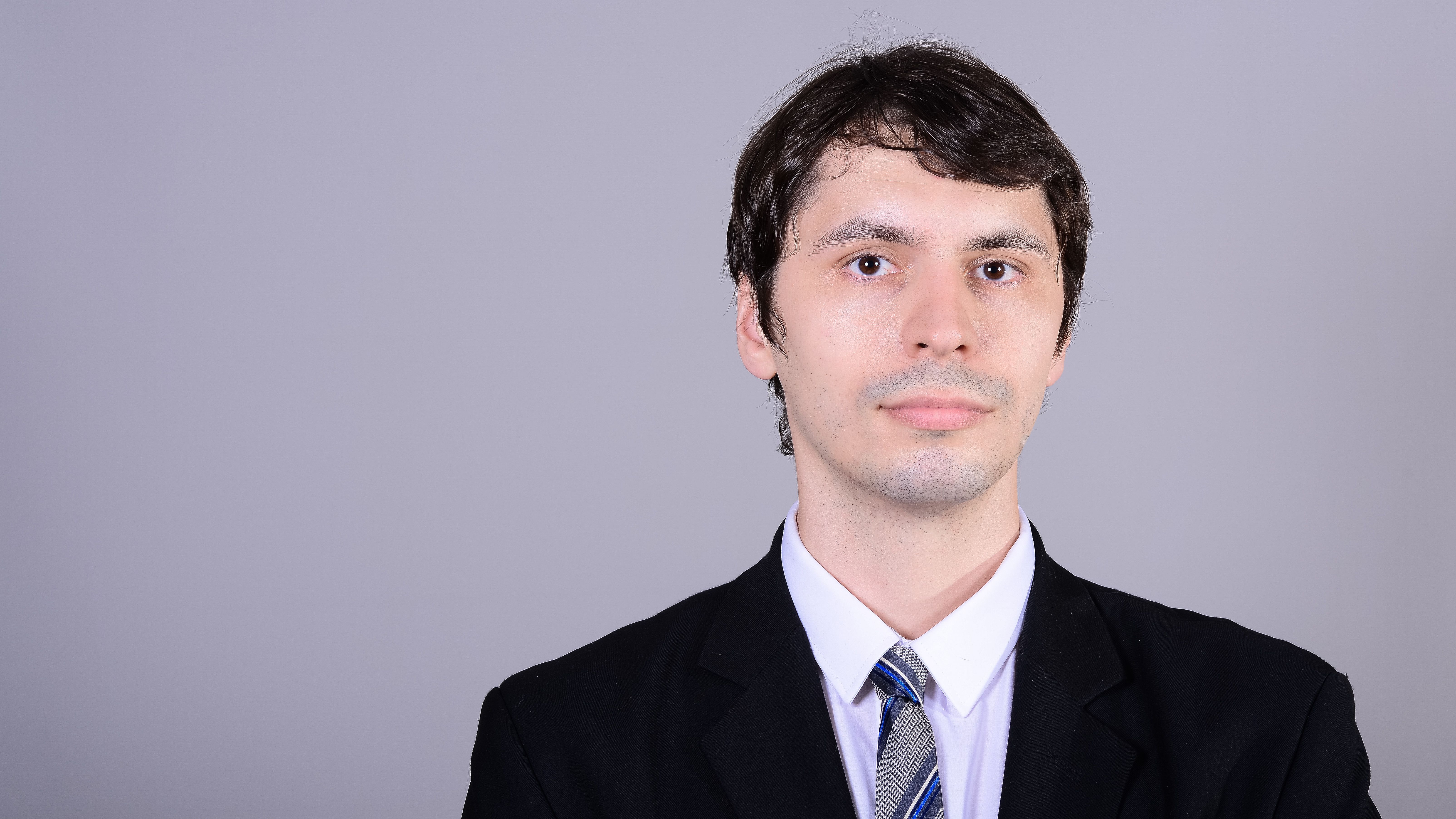 Competition between Regional Powers on the Horn of Africa
Jędrzej Czerep 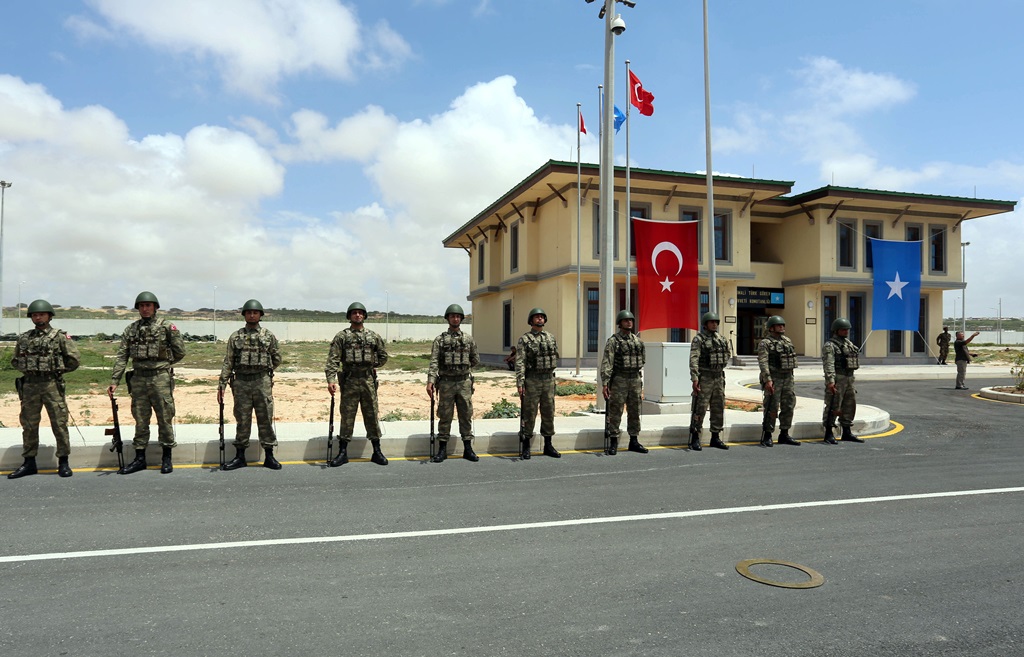 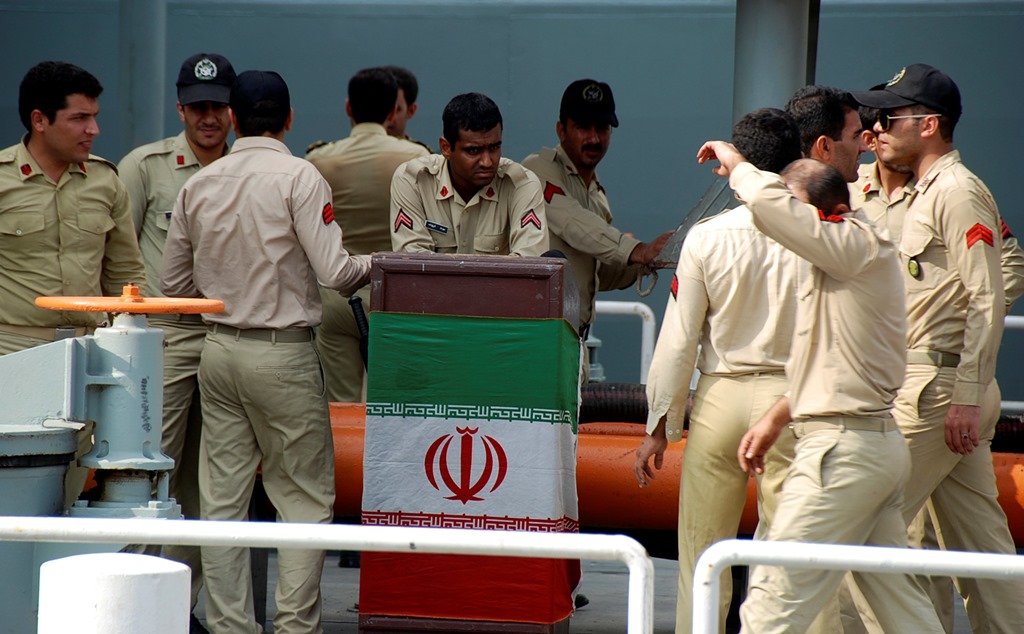