Home Page Security Challenges in Relations between Poland and Belarus

Security Challenges in Relations between Poland and Belarus
173 (1921)
The collapse of the security system in Europe as a result of Russia’s aggression against Ukraine has particularly affected Belarus. The country fears the growing tensions between Russia and NATO that have been exacerbated, among others, by the termination of the INF regime and the strengthening of both the Alliance’s Eastern Flank and Russia’s Western Military District. Although Poland and Belarus have partly different security interests that pose a challenge in bilateral relations, the countries have the potential to cooperate in this sphere.
Anna Maria Dyner 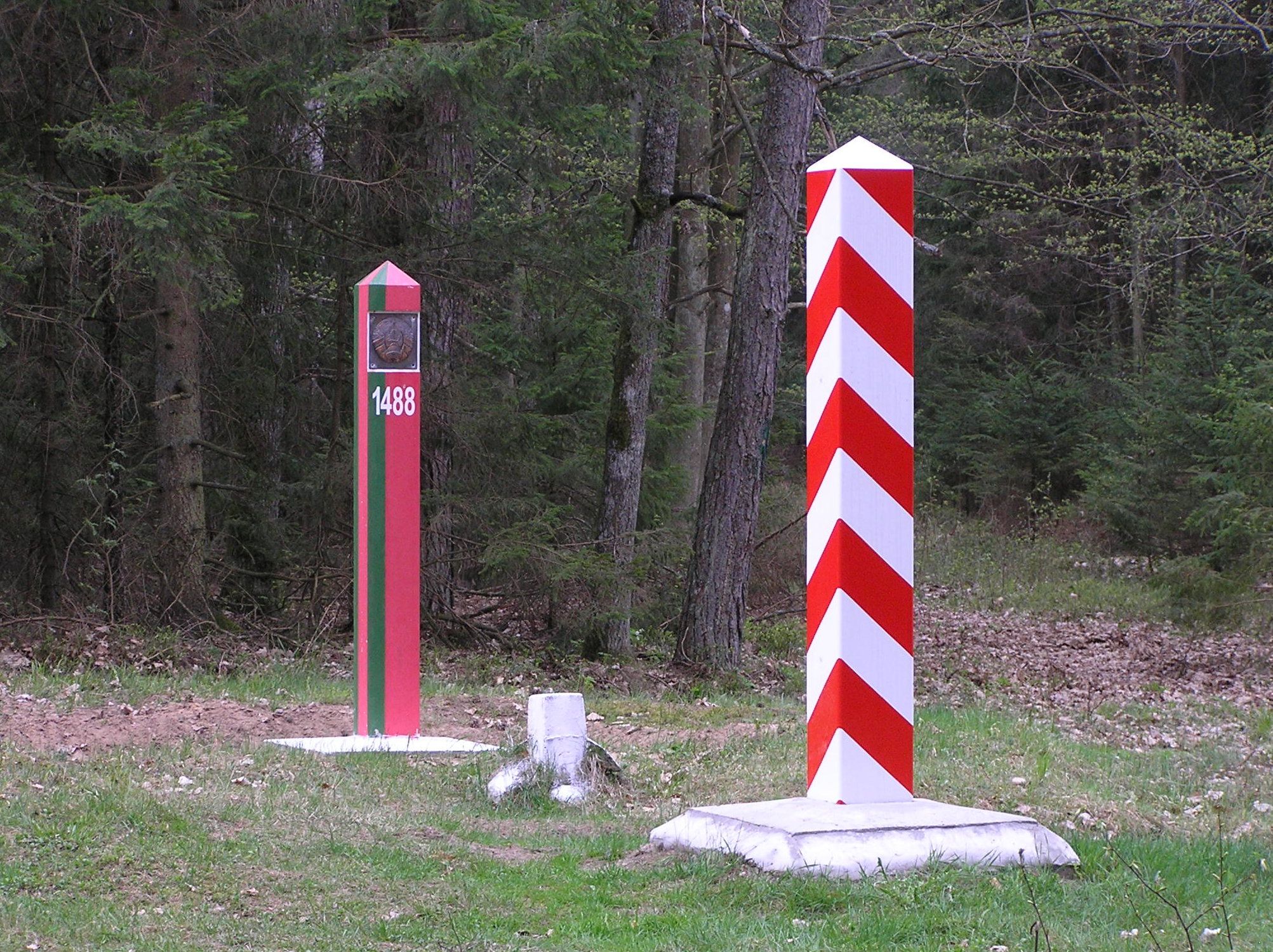 The alliance with Russia, the Union State of Belarus and Russia, membership in the Collective Security Treaty Organisation (CSTO), and the low military expenditure on a European scale (about $550 million per year) means Belarus is unable to lead completely independent defence policy. At the same time, from the Belarusian authorities’ perspective, the security situation in Europe is constantly deteriorating. The most important challenges include the quiet, constant war between its neighbours and major trade partners, Russia and Ukraine, the collapse of international security guarantees such as the Budapest memorandum with Ukraine (Belarus has signed a similar agreement) and the INF Treaty, of which Belarus was a part, and the strengthening of military capabilities by both NATO and Russia.

Belarus is wary of the increased military presence of the U.S. and other NATO countries in Poland and the Baltic States. Although it doesn’t treat this development as a direct threat to its security, it considers the actions to be intensifying tension in the region as well as an element of an arms race it cannot afford, and as an excuse for Russia to exert pressure to increase its military presence on Belarusian territory. From the Belarusian point of view, this is a dangerous situation because it not only deepens the dependence on Russia but also may undermine Belarus’s role as a negotiator between Ukraine and Russia. The Belarusian authorities are also anxious about exercises on NATO’s Eastern Flank.

Belarus, despite its military alliance with Russia, is one of a few countries most exposed to Russian aggressive actions (mainly at the sub-war level, such as propaganda, social engineering). Moreover, the UN and OSCE systems are ineffective in shaping Russian policy, which is why Belarusian diplomacy has taken a number of initiatives on its own to increase state security. After the fall of the INF Treaty, Belarus stated it would continue to abide by its provisions on a voluntary basis unless the deployment of medium- and intermediate-range missiles occurs on the territory of any European country. Belarusian diplomacy also encourages other countries to introduce a similar moratorium.

The Belarusian authorities are also promoting the creation of a new European security system, calling their initiative “Helsinki-2”. They indicate that the measures guaranteeing security for European countries adopted in 1975 need to be reviewed due to the passage of time, the change in the political and security situation on the continent, and the emergence of new threats (including in cybersecurity). So far, however, there has been no specific Belarusian proposal on what these changes would consist of or how they would be carried out.

The Interests of Poland and Belarus

Although Poland is part of NATO and Belarus the CSTO, the two countries both face the risk of increased tension in the region. To reduce this risk, they use a bilateral set of security-building measures complementary to the Vienna Document on confidence and security-building measures of 2004 that sets limits on troops and material, which, if exceeded, mandates an invitation for observation of the exercises. Poland and Belarus have committed to invite observers if, among other factors, more than 6,000 troops or 150 tanks participate in exercises on their territory.

For both countries, the key issue is to save existing arms-control regimes. This is primarily related to the Russian activities such as strengthening its Western Flank, provoking military incidents on the border with NATO countries, and conducting non-transparent military activities, such as unannounced large-scale snap exercises. Thus, the reforms of the Vienna Document that have been proposed by Poland and others will be conducive to Belarusian security. The reforms are primarily about establishing additional inspections in the countries covered by this agreement, tightening the limits at which the invitation of observers to exercises will be obligatory for as few as 9,000 troops (currently 13,000) or 250 tanks (currently 300), the introduction of mandatory notification of unannounced drills seven days in advance, and mandatory observation of snap exercises if they exceed the limits on troops or equipment. In the interests of Belarus, there are also proposals such as demonstrations not only of new weapons introduced into service but also modified versions of existing weapons and creating a full list available to OSCE countries, or facilitating observation of places where unusual military activities are taking place.

Some NATO countries are afraid that the Belarusian initiatives will be conducive to Russian interests. This is compounded by Belarus’s lack of support for a comprehensive reform of the Vienna Document. The Belarusian authorities avoid supporting projects proposed by NATO countries and contested by Russia. Despite this, it is in Poland’s interest to strive for Belarusian support for these initiatives and emphasise that they will also serve the security of Belarus. Moreover, the adoption of these proposals and their implementation may be the beginning of talks on more comprehensive changes to the security system in Europe that currently cannot be implemented due to the very low level of trust between Western countries and Russia caused by its aggressive policy. The discussion on this topic will be of interest to medium and smaller countries as well, as they are afraid of returning to the concept of a “concert of powers”, consisting of limiting the number of states that have the exclusive right to shape international policy and divide the world into “spheres of influence”. Poland may also propose calling for discussions on the reform of the security system in Europe through a “Minsk Charter”. It would be a name more adequate to the proposal to adapt existing rules to new types of threats than “Helsinki-2”, which only assumes their revision. Engaging in such a format is worth considering, cause then, Poland will be able to co-shape the most desirable ideas, such as increasing arms control or introducing mechanisms to prevent military incidents. At the same time, it is worth it for Poland to support the upcoming certification process of the NATO-Belarus security agreement, which will allow this document to enter into force. With it, Belarus will be able to achieve all of the 19 priorities of relations with NATO (currently only 7). The Belarussian authorities want to carry out certification as soon as possible because it is the only country in the Partnership for Peace programme that does not have a binding agreement with the Alliance. At the same time, for NATO countries, the agreement will be an additional tool for cooperation and confidencebuilding with Belarus.

It is also in Poland’s interest to acknowledge the gesture of goodwill by Belarus, as it opts for increasing the role of security mechanisms, and change the so-called “entry airport” under the Treaty on Open Skies, from Moscow to Minsk. This will allow easier inspection of Belarusian territory.

To build confidence in military relations with Belarus, it is also important to provide information about the NATO Defender Europe drills planned for 2020. The Belarusian side expects not only the Alliance countries to meet their obligations under the Vienna Document but also to take additional actions, such as organising briefings on these manoeuvres. Poland may undertake additional diplomatic activities on this using the agreement with Belarus on confidence- and security-building measures. In the future, this may lead to similar actions by Belarus, especially during the Zapad-2021 exercises.