Russia’s Libya Policy
6 (1754)
Libya is increasingly important in Russian foreign policy. The support given to the main political forces, including to Gen. Khalifa Haftar, who has the most military potential, should ensure Russian influence on the country. From Russia’s perspective, it is important for the new Libyan authorities to guarantee the development of economic and energy cooperation and the implementation of contracts concluded before the outbreak of the civil war in 2011. Russia also counts on the possibility of deploying military bases on Libyan territory. Engagement in Libya is a part of the new Russian strategy towards Africa and manifestation of Russia’s aspirations to regain the status of superpower.
Anna Maria Dyner 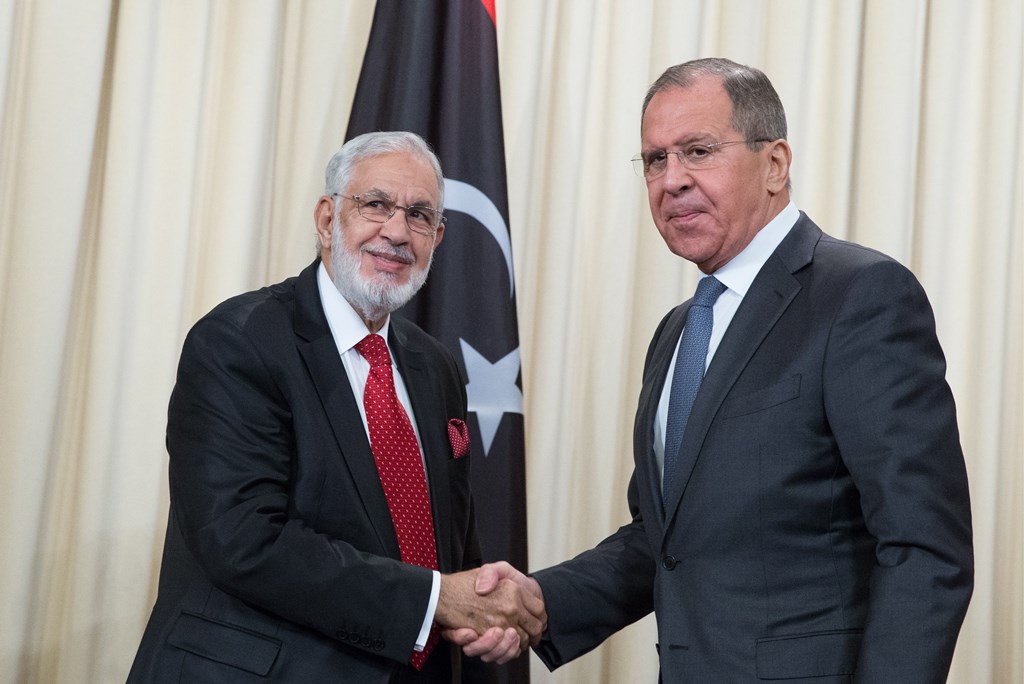 Russia blames Libya’s collapse on the actions of the coalition of western states (especially the U.S. and France, the main participants) and indicates that they exceeded the UN mandate during the intervention in 2011. At the same time, Libya is one of Russia’s most important partners in North Africa, so it actively supports the peace process there. The Russian commitment is also visible in the UN Security Council. In September and November 2018, Russia did not veto two British resolutions (nos. 2434 and 2441) regarding Libya. Russia also participates in other international initiatives devoted to the future of Libya and assistance to that country, including the one convened by Italian Prime Minister Giuseppe Conte in November 2018 in Palermo, a two-day conference in which the Russian delegation was headed by Prime Minister Dmitry Medvedev.

Russia will continue to involve itself in the political processes in Libya, specifically in the presidential and parliamentary elections expected in spring 2019, as well as the United Nations Action Plan for Libya, which assumes political reforms (including the creation of a new constitution) and economic reforms. However, officially it does not support any party in the Libyan conflict, especially since no one, neither Gen. Haftar, who controls the natural-resources-rich western part of the country, nor the Prime Minister of the Government of National Accord Fayez al-Sarra, is able to take full control of Libya.

The Russian side maintains relations with all the most important political players, which is intended to ensure its influence after the election, regardless of who will win. However, it has the most contact with Gen. Haftar, whose Libyan National Army (LAN) supports the parliament operating in Tobruk. Moreover, only at Russia’s request, Gen. Haftar took part in a conference in Palermo. Haftar is also supported by the United Arab Emirates, Egypt, and France. At the same time, in December 2018, Russia, using its position as one of the informal guarantors of the peace process in Libya, supported the possibility of Saif al-Islam Gaddafi, the son of the infamous dictator, to run for the presidential election.

The aim of the Russian actions, like elsewhere, is to create a situation in which it is impossible to make decisions regarding the future of Libya without its participation. The Russians are taking advantage of the experience they have gained from the negotiations on Syria and the lack of EU and U.S. strategies with regard to Libya.

Russian Interests in Energy and Economy

In the last years of Muammar Gaddafi’s government, Russia intensified economic cooperation with Libya. In 2008, both countries signed a contract worth more than €2 billion for the construction of a railway line between Benghazi and Sirte. Moreover, the Libyan authorities planned joint investments with Russia for the extraction of energy resources and purchases of Russian weapons. Russia’s current goal is to obtain contracts for the reconstruction of Libya, including transport and energy infrastructure. Contracts in the latter area can be particularly lucrative considering Libya has the 10th largest oil reserves and the Libyan National Oil Company (NOC) has announced it wants to increase production five-fold.

Gazprom Libya B.V., a subsidiary of Gazprom registered in the Netherlands, had been acquiring oil from four fields—two alone and two together with Germany-based Wintershall AG—until the outbreak of the civil war in 2011. The Russian company will not only want to go back to extraction but also extend its previous cooperation, as talks with NOC undertaken in 2018 evidence. Regarding the resumption of oil production, NOC also is talking with Tatneft, which in 2005–2006 conducted geological and trial drilling on two fields. Moreover, in February 2017, Rosneft and NOC signed an agreement on cooperation in oil extraction and exploration of new deposits of this raw material.

The Russian energy concerns will also compete with European companies, mainly from Italy and France, that have been present on the Libyan market for years. French Total is interested in re-establishing cooperation with Libya while an agreement between Italian ENI and British BP with the Libyan Government of National Accord may challenge Gazprom’s interests. In November 2018, ENI bought 43.5% of BP’s share in the oil and gas exploration contract (currently, 8–11 billion cubic metres of gas extracted in Libya is delivered to Italy each year).

Therefore, from the Russian perspective, it is important that the election is won by a person who will guarantee the resumption of military and economic cooperation with Russia and the implementation of contracts signed in 2008–2011.

Russia and Libya have a long tradition of military cooperation. During the Cold War, the USSR sent military advisers to Libya, and Libya bought Soviet equipment. Maintaining good relations with Libya was for the USSR and later Russia a counterweight to alliances that other states in North Africa concluded with the U.S. and Western European countries, which contributed to the logic of the Cold War rivalry.

In 2016–2018, during several visits to Moscow, Gen. Haftar asked Russia for military support, including the protection of Libyan borders. The Russians refused, indicating that any such assistance will be provided after the situation in Libya is settled. However, there was information that during these meetings, contracts totalling $ 2 billion were concluded. What is more, LAN soldiers are treated in Russian hospitals and officers trained in Russia.

In return for this help, Gen. Haftar promised that after taking power he would allow Russia to create two military bases, one in Tobruk and another in Benghazi. If that happens, considering the Russian military presence in Syria (the air base in Khmeimim and the naval base in Tartus), Russia will significantly increase its military capabilities to control the southeastern Mediterranean and its military advantage over the U.S. and EU countries in the region. This will be an additional challenge for NATO units operating in the Mediterranean.

When the UN embargo on arms sales to Libya is lifted, Russia also counts on new weapons contracts, especially since in 2008 it signed an agreement with Libya for the purchase of arms worth $2.2 billion and in 2010 for $1.3 billion, with more planned (in exchange, in 2008, Russia redeemed the Libyan debt of $4.5 billion).

At the same time, Russian private military companies operate in Libya, including the Wagner Group and RSB Group. In November 2018, Gen. Haftar met in Moscow with Russian Defence Minister Sergey Shoygu and Yevgeny Prigozhin, considered the owner of the Wagner Group. The likely goal of the talks was to establish cooperation between the mercenaries from the Wagner Group and the LAN.

By supporting Gen. Haftar, Russia has become one of the main playmakers in the future of Libya. Thus, its policy towards Libya and the related Russian international activity, similar to the actions regarding Syria, are in line with Russia’s aspirations to introduce a system of resolving the future of other countries close to the Concert of Powers.

Considering the withdrawal of U.S. troops from the Middle East and North Africa and the lack of the ability of European states to replace the U.S., Russia will be able to rebuild its position in the region. The more that despite the current support, the EU, which in Libya is implementing 23 projects worth €70 million (and in general allocated €375 million for this purpose), will not be able to counterbalance the Russian influence. Due to political constraints, EU cooperation is limited to entities related to the Libyan Government of National Accord based in Tripoli. Although Russia cooperates with all political players, it does not make its support dependent on implementing reforms, which is an additional advantage. Therefore, the only option for the EU to cooperate with Russia in the reconstruction of Libya remains the implementation of the UN Action Plan.