Russia Beefs Up Its Western Flank
173 (1746)
Since the NATO Warsaw Summit, during which the decision to deploy four multinational battalion-sized battle groups on the Alliance’s Eastern Flank was taken, Russia has significantly developed its military capabilities in the country’s western areas. This raises serious challenges both for members of the Alliance and for countries in-between, including Ukraine. The effectiveness of deterrence against Russia will depend on the political cohesion of the Alliance and the further strengthening of its military capabilities on the Eastern Flank.
Anna Maria Dyner 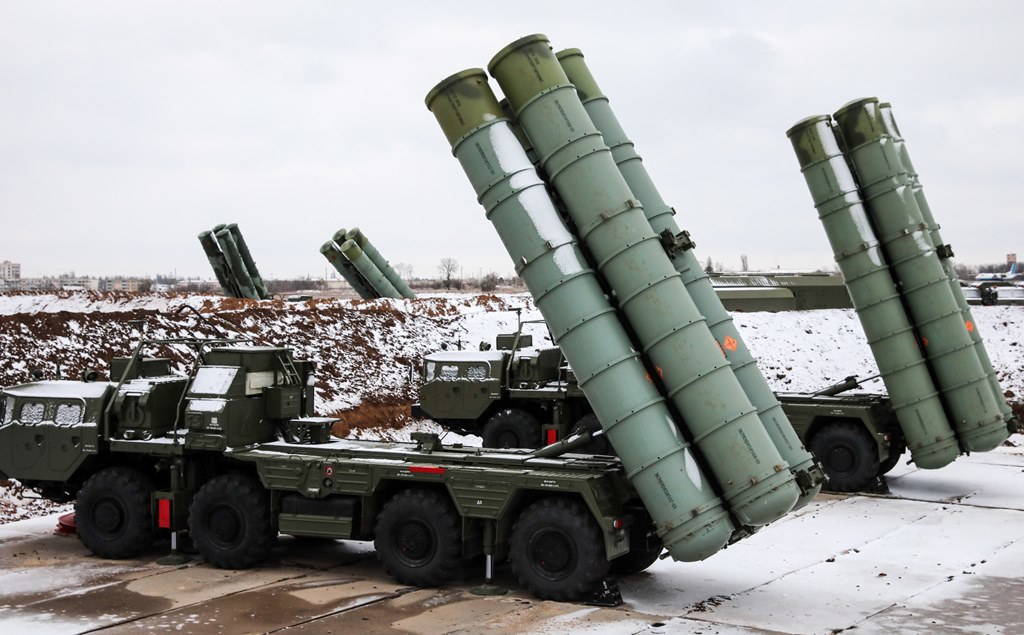 The military doctrine of Russia from 2014 (in Point 12a) considers as the most important threat NATO’s increasing military capabilities and movement of military infrastructure closer to the borders of the Russian Federation. Therefore, one of the key tasks of the state in the sphere of security is strengthening the western flank nearest the Alliance, which includes the Western Military District (WMD) and the Southern Military District (SMD). In these MDs combined, about 400,000 soldiers are deployed.

There are four armies in the WMD: two combined Armies, an Armoured Army, and Army of Air and Air Defence Forces, as well as the Baltic Fleet. The head of the WMD is Col. Gen. Alexander Zhuravlyov, who from June 2016 to January 2017 commanded the Russian military force in Syria.

In recent years, the potential of the WMD has been regularly strengthened. Since 2012, on the basis of existing brigades, five divisions have been formed, of which three (the 3rd and 144th mechanised divisions and the 10th armoured division) were created in 2016.

The units from this district are also being re-armed. In 2017, they received more than a thousand pieces of new equipment, which increased its share of total armament by 60%. In 2018, the units are to receive 2,000 pieces of new military materials.

The formations stationed at the WMD are intensively practising. In 2017, around 1,200 training activities took place, including the biggest one—the Zapad manoeuvres conducted with Belarus. Moreover, in 2018 there were about 1,500 drills of various scale and character.

In 2018, Samarkand electronic warfare systems were deployed there, which can be used to neutralise NATO’s GPS and other control systems.

The Baltic Fleet is also being re-armed. Currently, it has 58 combat ships of various types: multipurpose combat (4), rocket-artillery (14, one of which it received in December 2018), anti-submarine (8), landing (15), minesweepers (15), and multipurpose combat submarines (2). In 2018, this formation received five new Ka-27M (Helix) helicopters dedicated to electronic warfare and a new field hospital.

In the area of the SMD, there are three combined Armies, an Army of Air and Air Defence Forces, the Black Sea Fleet, and the Caspian Flotilla. In 2016, a new mechanised division (150th) was established there with headquarters in Rostov-on-Don. There are plans to create two new mechanised divisions on the basis of existing brigades (19th and 136th) stationed in the Caucasus. The head of the SMD is Col. Gen. Aleksandr Dvornikov, who from September 2015 to June 2016 commanded the Russian military force in Syria.

In the SMD in 2018 alone, there were about 250 tactical exercises and almost 3,000 different types of training activities. Moreover, already in 2016, through the organisation of Caucasus exercises, a significant number of which took place in Crimea, Russia presented its readiness to defend the occupied peninsula.

For Black Sea NATO countries (Bulgaria, Romania, Turkey) and for Ukraine, Russia’s strengthening military presence in Crimea has become a serious security challenge. Since Russia’s annexation of Crimea in 2014, the number of Russian soldiers stationed there has increased from 12,500 to about 32,000 currently, and by 2025 it is planned to host 43,000 troops. Moreover, in 2017, Russia created the Independent Forces Group–22nd Army Corps of the Black Sea Fleet. Currently, Russia has in Crimea 113 military aircraft, 680 infantry fighting vehicles and armoured personnel carriers (in 2014, there were 92 of them), 174 artillery systems (24), 40 tanks (0), and eight ships equipped with Kalibr (Club) systems (0). Russia has also deployed there its Bal and Bastion coastal-defence missile systems, as well as Iskander, Pantsir-S (SA-22 Greyhound) and S-400 systems. Moreover, the Black Sea Fleet has 52 warships: rocket-artillery (10), anti-submarine (10), landing (10), minesweepers (11) and multipurpose combat submarines (8). In total, this formation has about 25,000 soldiers. The Caspian Flotilla includes about 28 ships.

Russia is consistently expanding its military potential on its western flank, which is an increasing challenge not only for NATO (especially the Baltic and Black Sea countries) but also for Belarus and Ukraine, nearest the new military formations.

This also translates into the possibility for Russia to carry out a rapid local military operation, which in extreme cases may pose a threat to NATO.

The challenge for the Alliance also is the types of capabilities developed by Russia—special operations forces, electronic warfare, and A2/AD systems. The latter, deployed to Kaliningrad Oblast, may limit NATO’s military access to the Baltic States. Another threat to the Alliance may also be medium-range missiles that Russia will deploy in the west of the country if the INF Treaty ceases to apply.

The dislocation of additional forces in the west of Russia has also resulted in an increasing number of dangerous incidents involving Russian units, such as its fighters flying without their transponders on or without an agreed flight plan, forcing NATO countries to react. Within just the Baltic Air Policing mission, Alliance aircraft made 140 interventions in 2014, 160 in 2015, and 110 in 2016. NATO fighter jets have intercepted Russian planes also at the borders of Denmark, the UK, Bulgaria, and Romania. The Russian actions are violations of the Open Skies Treaty (OST) and pose a serious threat to air traffic.

Russia allows the use of force as one of its tools of foreign policy. Although such actions are contrary to the Charter of the United Nations, the Russian authorities, since the start of the aggression against Ukraine, has repeatedly resorted to threats of the use of force against, among others, NATO Eastern Flank countries.

The creation of new divisions in its MDs indicates that Russia is moving away from the concept of a small mobile army dedicated to participation in low-intensity local conflicts (which was one of the assumptions of the Armed Forces’ reform of 2009) to combined Armies and armoured units that can be used in full-scale conflicts. Also, in Russian strategic documents (war doctrine, maritime doctrine and security strategy), NATO is indicated as the most important military threat.

The strengthening of units located in western Russia is also a challenge to the countries of the Baltic and Black Sea basins that do not belong to the Alliance. At the same time, Russia is systematically undermining the security system in Europe by withdrawal from the treaty on conventional armed forces in Europe (CFE), violation of the NATO-Russia Founding Act, the INF Treaty, the Vienna Document, and the OST.

The ongoing militarisation of the western territories of Russia has led to an advantage for the Russian forces and increased the possibilities of quicker action compared to the countries of NATO’s Eastern Flank. This means that even in the event of a short-term crisis of a limited dimension, the Alliance will not be able to react at full scale, which may lead Russia to act further through the de facto situation on the ground.

Therefore, undertaking “adaptation” measures, such as NATO’s Readiness Initiative (4x30), may be insufficient. In this situation, it is in the interest of Poland and other countries of the Eastern Flank to seek the additional presence of NATO and U.S. forces. That is why NATO might consider taking such actions to make it clear to Russia that provoking a crisis, in this case, would result in more losses than benefits. At the same time, an enhanced permanent presence, showing the Alliance’s readiness to defend itself, should become a key element of deterrence policy.