Prospects for Changes in China-Taiwan Relations
35
The second consecutive victory in presidential and parliamentary elections in Taiwan of the ruling Democratic Progressive Party (DPP), which opposes the PRC, is a challenge for mainland China and its relations with the island. As the prospects of reunification are fading, the PRC may be forced to offer Taiwan a new formula for dialogue. The Taiwanese authorities will increasingly emphasize the island’s separateness from the mainland, as well as its well-functioning democracy. Taiwan is counting on the support of other countries, taking advantage of their growing concerns about China.
Justyna Szczudlik 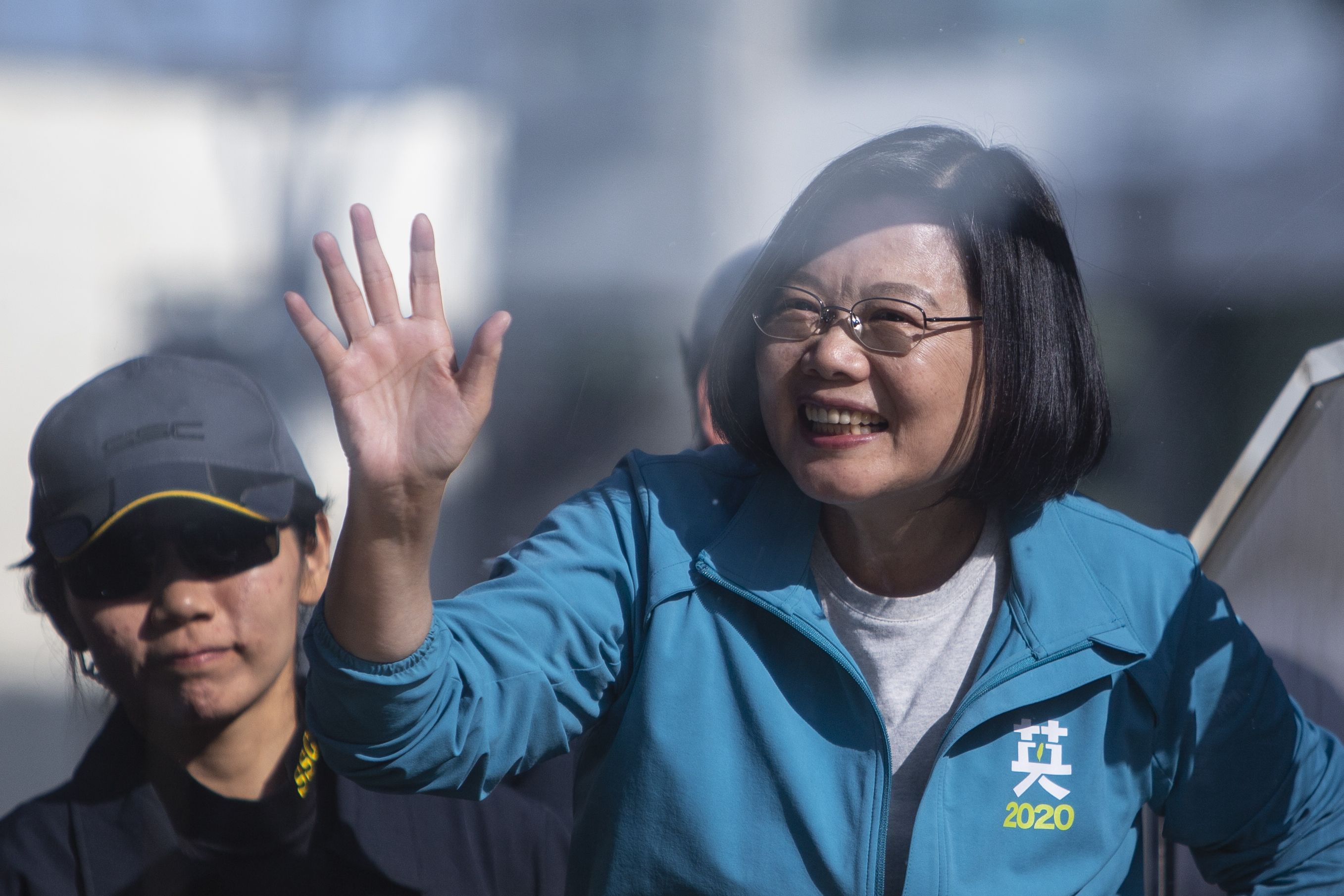 After the DPP’s victory in the 11 January elections, Taiwan’s relations with China remain one of the biggest challenges. The PRC authorities, during the first term of President Tsai Ing-wen (DPP, 2016–2019), supported the opposition national party, Kuomintang (KMT). China used disinformation and infiltration techniques to try to reduce support for the ruling party. The election results indicate possible changes in bilateral relations from both a modification of Tsai’s approach and in PRC policy towards Taiwan.

Taiwan’s Approach towards the PRC

In her second term, Tsai is expected to use distinct and sharper political language. She began using it in 2019 in the election campaign, abandoning the traditional ambiguity regarding mainly the island’s position towards China and the status of Taiwan. An example of this was her stance on the “1992 consensus” (“one China, but different interpretations”), which for the PRC is a condition of dialogue with Taiwan. Although Tsai did not support the “consensus”, she did not openly reject it. A change took place in January 2019 after the DPP lost in local elections (November 2018) and Xi Jinping gave a speech on Taiwan in January 2019. He referred to the “consensus” but went a step further by aligning it with the principle of “one country, two systems”, which until then the Chinese authorities had avoided mentioning to maintain the possibility of dialogue with Taiwan. In response, Tsai firmly rejected both the “consensus” and the “one country, two systems” principle. She demands China recognize the existence of the Republic of China (Taiwan), respect Taiwan’s democracy, and not impose decisions by the PRC, for example, on the future of the island. Shortly after this recent election, she said that Taiwan is de facto an independent country, as it has all the attributes of one, insisting that there is no need to declare independence as a gesture of goodwill towards China. This is confirmed by polling showing most Taiwanese advocate the status quo.

Changes in domestic policy also may affect relations with China. Tsai will seek to adopt further legal solutions to prevent Chinese disinformation, similar to the Anti-Infiltration bill adopted in 2019. She will focus on strengthening domestic defence capabilities and increase spending for these purposes. She will stress Taiwan’s well-functioning democracy and the need to take public opinion into account, for example, on the island’s status and reunification. In this way, she will highlight the separateness of Taiwan from the PRC. The government will also strive for Taiwan to become one of the most progressive societies in Asia (in mid-2019, same-sex marriage became legal in Taiwan) and one of the region’s most competitive economies. An emphasis will be placed on improving the quality of life, especially for young people, whose support helped her to victory. Generational changes mean that more and more people define themselves as Taiwanese. They don’t feel an emotional connection to China like their grandparents or parents. They are convinced of Taiwan’s statehood and do not accept the Chinese authorities’ argument that the PRC and Taiwan are “one Chinese family”.

Tsai will strengthen the New Southbound Policy (NSP), which was launched in her first term and targeted at selected Asian countries. She wants to reduce the island’s dependence on the mainland and diversify Taiwan’s partners. She seeks the favour of other countries, which does not mean striving for diplomatic recognition. Under the NSP, Taiwan shares its solutions (e.g., healthcare model, technology) and locates investments. The president will also leverage the NSP’s achievements to date, such as the growth in tourist exchange and investment agreements with India, the Philippines, and Vietnam. In addition to the economic benefits, she will emphasize that Taiwan as a democracy is a credible partner, contrary to the increasingly authoritarian China. By cooperating with other countries and entities (e.g., the EU), Tsai also wants to avoid the negative effects of the U.S. policy of confronting China. President Donald Trump’s highly visible support of Taiwan may provoke China to put more pressure on the island.

Relations with the PRC also will be affected by the situation in the KMT party, which has been internally divided since it lost power in 2016. After this year’s defeat, it faces the challenge of reformulating its approach to China, including seeking new voters when its traditional electorate (elderly people with a connection to the mainland) is shrinking. It is possible to ease its pro-China course, which will bring it closer to the DPP.

In response to the election results, China’s Taiwan Affairs Office (TAO) and the Chinese foreign ministry accused Tsai of blocking the island’s contacts with the mainland. The PRC announced that it would not change its policy from “one China” and reiterated the shared identity between Chinese and Taiwanese societies. However, changes in the PRC approach are possible. The TAO suggests this possibility, stressing that this year, relations with the island will be more difficult than last year. Most likely, China will alternate or simultaneously employ two approaches it has used before. Either can take a more  extreme form.

The first is to tighten the course. China, fearing overtly independence actions—in the DPP, there are young activists who want independence—may intensify pressure on Taiwan through infiltration and disinformation actions. The PRC, more frequently than in Tsai’s first term, may  demonstrate its military potential in the Taiwan Strait using Chinese naval and air forces. Beijing could also move away from the “1992 consensus” to only the “one country, two systems” formula of unification.

The second approach would be to relax policy towards Taiwan and to seek new ways of dialogue with the island. It is possible to temporarily change the conditions of reunification (e.g., a loose federation) or to avoid talking about it. The Chinese authorities may also use Tsai’s position that democratic procedures will decide Taiwan’s future. She has not ruled out unification if the majority of Taiwanese support this idea. China could, therefore, influence KMT, with which it maintains contacts, to attract young people through changes to its programme to convince them that Taiwan should cooperate with China and, in the long run, unite with the mainland. The educational and business incentives for young Taiwanese so far used by China have proven ineffective.

Tsai’s policy is a challenge for the PRC. Xi, who frequently uses nationalist sentiments to legitimise his power, cannot afford to make concessions, especially when protests are ongoing in Hong Kong. Taiwan is also one of China’s so-called “core interests”, which means it claims sovereignty over the island, so this matter is not negotiable. A softer course, especially on unification, is therefore unlikely. Tsai, on the other hand, has diagnosed well the social needs and is trying to make use other countries concerns  about China. She also attempts to emphasize that the island is among the group of democratic states, which is intended to highlight its identity as separate from China.

In the near future, it seems there will be more tensions in bilateral relations. Both sides can strengthen their hard course projected over the last year. An example is Taiwan’s current efforts to participate in World Health Organisation work, which is justified by access to information on coronavirus. China has responded with accusations of using the epidemic for pro-independence activities and is strengthening disinformation actions. For bilateral relations, the situation in both major Taiwanese parties will also be important, particularly the extent to which young supporters of Taiwan independence might influence the DPP and also how KMT might overcome divisions and attract new voters.

Chinese-Taiwanese relations, especially with the DPP in government, illustrates how China is trying to influence democratic entities, recently experienced in Europe by Sweden, the Czech Republic, and Denmark. It is worth democratic countries supporting Taiwan in its efforts to defend its system and identity. This can be done by, for example, EU statements as well as closer EU-Taiwanese economic cooperation and people-to-people exchanges. Taiwan can also provide the EU with knowledge of the tools and methods of Chinese influence, which can help identify and guard against them. In turn, the policy of balancing between the U.S. and China and the simultaneous development of cooperation with other countries can be an indication to the EU of how to conduct relations in the shadow of the U.S.-China tensions. 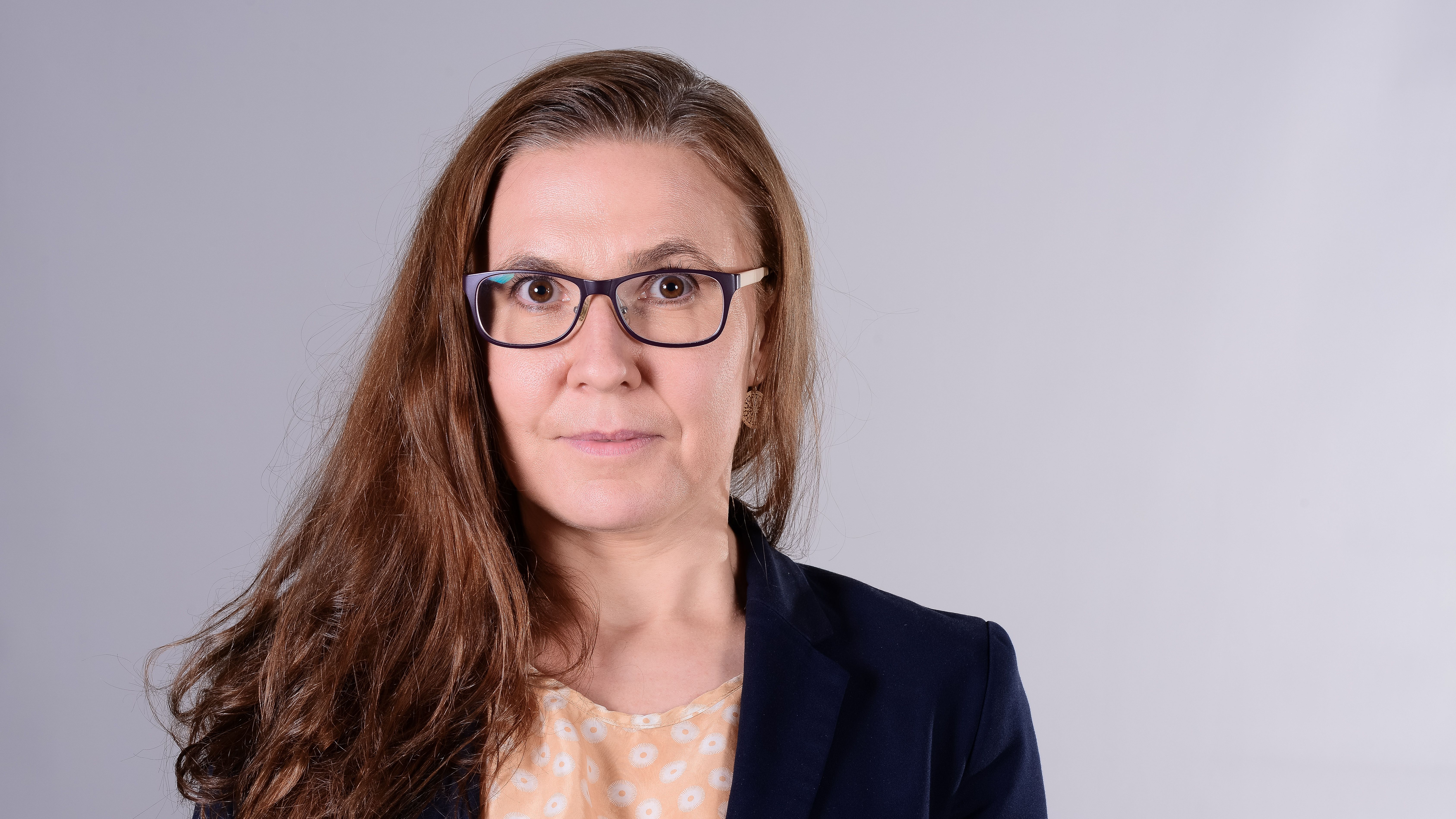 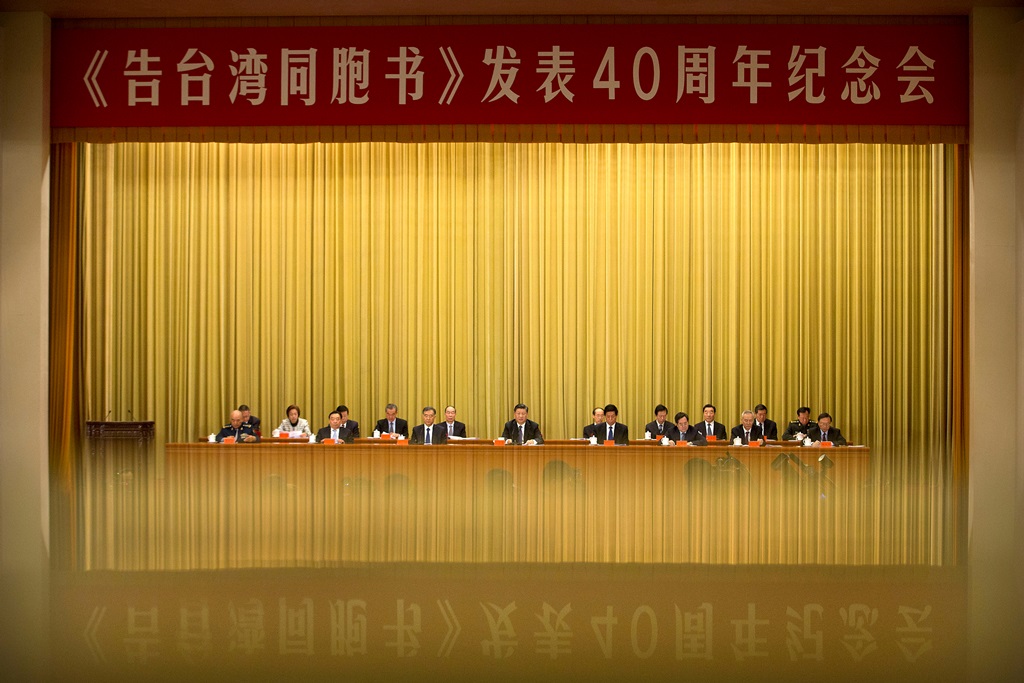 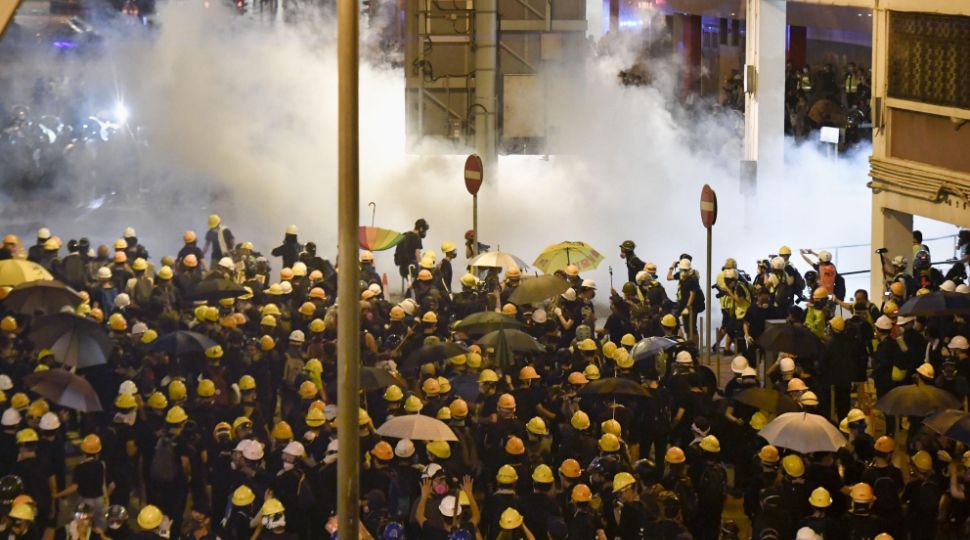 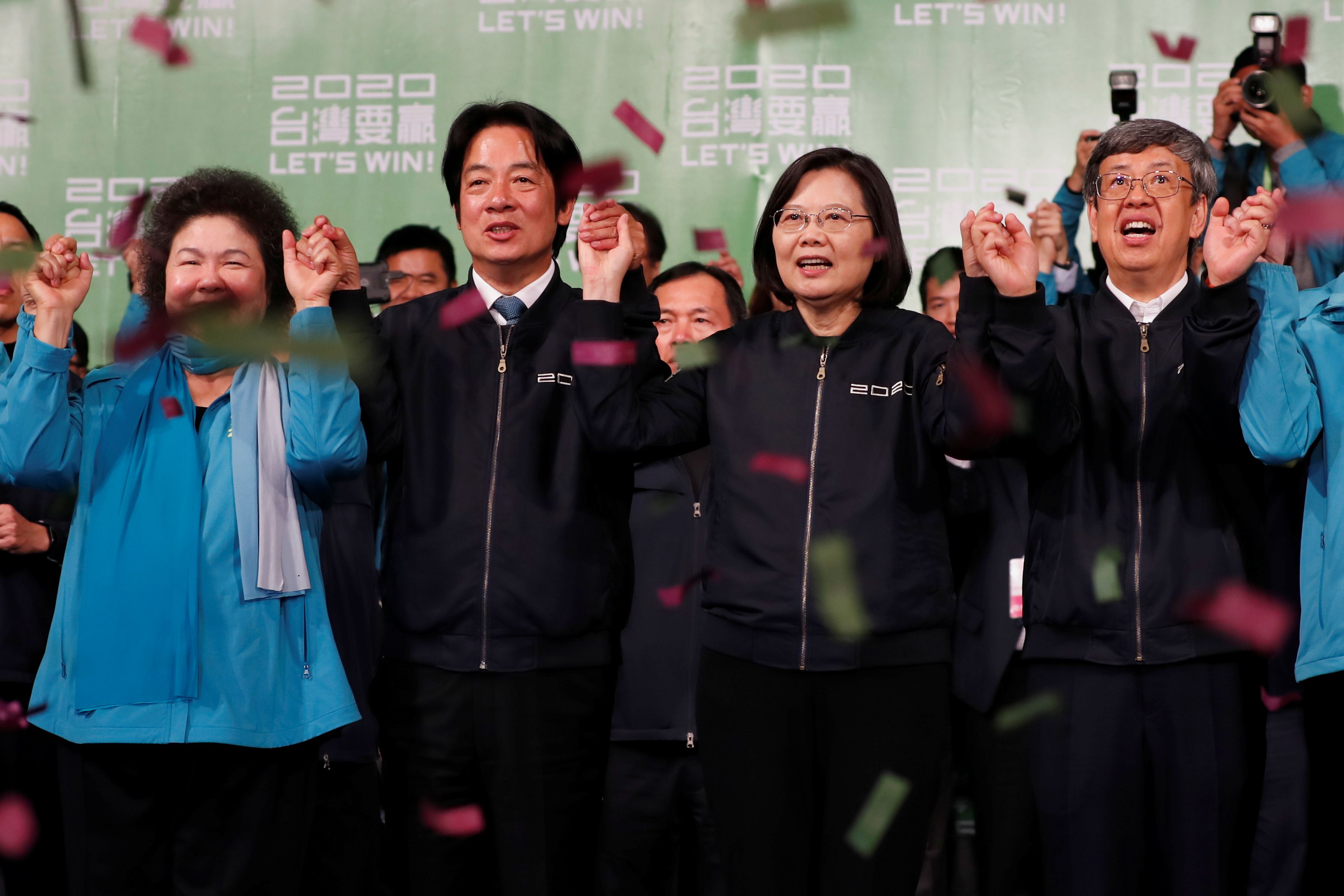