Political Tensions and the Failure to Curb COVID-19 in Brazil
127
The spread rate of COVID-19 in Brazil is increasing and the policies of the federal government, headed by President Jair Bolsonaro, do not contribute to a slowdown in the pandemic. Bolsonaro downplays the threat and rejects restrictive measures as he priori-tises support for the economy. He has clashed with state governors who introduced restrictions and with the Federal Supreme Court, which defended their autonomy. The deteriorating situation in Brazil amid the pandemic and political situation diminish Bolsonaro’s chances of re-election in 2022 and may strain his government’s relations with EU partners.
Bartłomiej Znojek 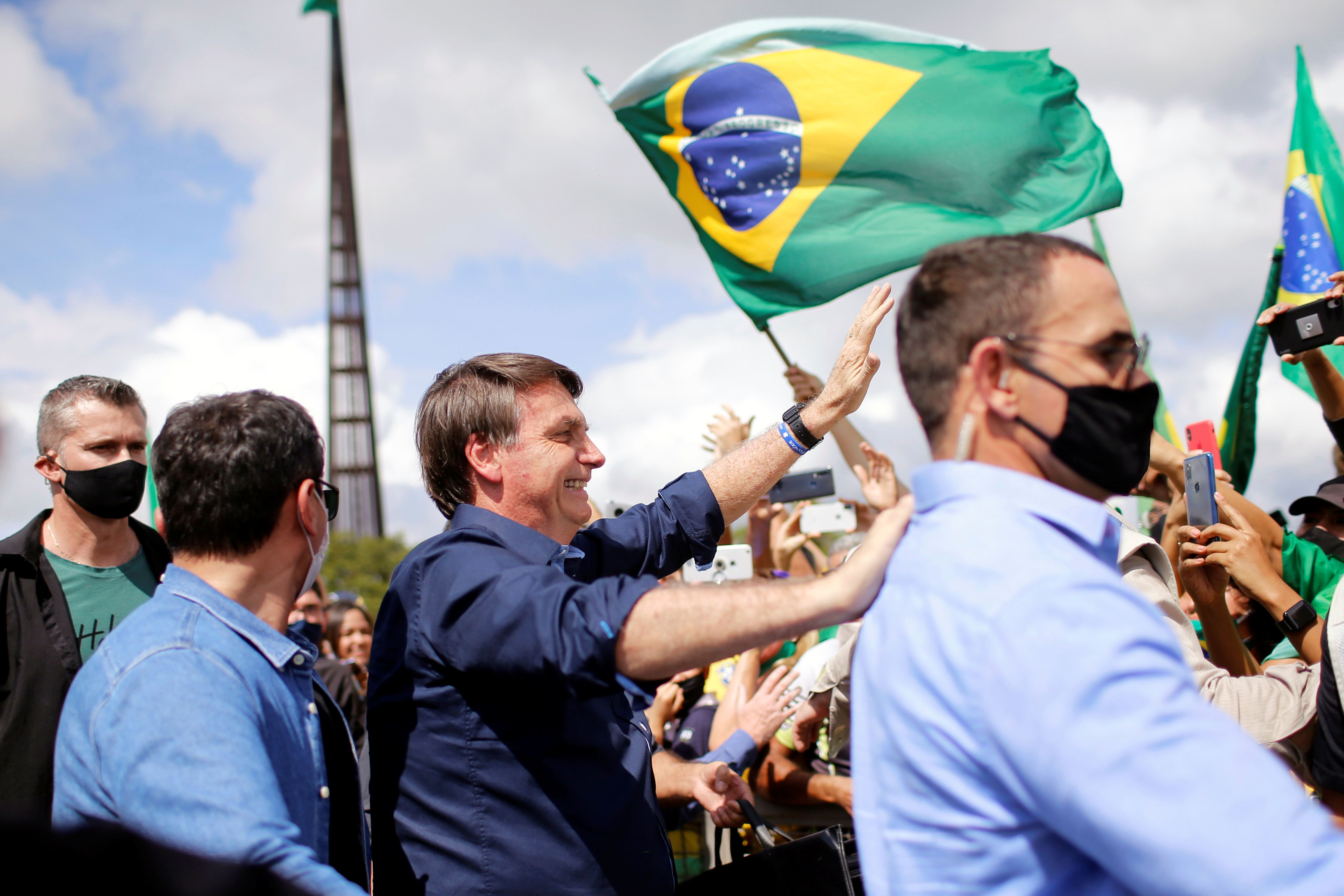 The Brazilian authorities only reported the first case of COVID-19 on 26 February but already in January they had raised the alert level because of the risk of an outbreak in the country through suspected infections of people returning from China. By 14 June, Brazil confirmed nearly 868,000 cases of SARS-CoV-2 and more than 43,000 deaths—only the U.S. had more in both categories. Some Brazilian researchers claim the statistics are severely understated, with rates as much as 12 times higher for lack of, for example, sufficient testing, which has been reported as 8,640 per million inhabitants. On 6 June, the Bolsonaro government stopped publishing cumulative data to suppress accusations it was not coping with the threat but resumed it a few days later after pressure from the supreme court, among others.

The failure in tackling COVID-19 contrasts with Brazil’s success in combating the AIDS epidemic in the 1980s or the Zika virus in the 2010s. In the Global Health Security Index 2019, Brazil is in the top-10 of countries best at preventing epidemics. The fight against COVID-19 is exacerbated by deep social inequality (e.g., access to healthcare) and the high proportion (about 40%) in employment of informal workers who lack a fixed income or social security. Another challenge comes from the lack of coordination between Brazil’s federal system and the authorities at lower administrative units who have various levels of autonomy and competences related to public health.

In early February, the federal authorities introduced a state of emergency and adopted quarantines and isolation regimes. Shortly after, the president decided to provide additional funds to the defence, education, and health ministries to fight the pandemic.

From the beginning, the Bolsonaro government prioritised support for the economy and rejected severe restrictions. It decided protection for the most vulnerable groups was necessary but limited announcements to recommendations that residents duly follow hygiene rules as a way to reduce the risk of infection. The most serious restrictions imposed were the gradual closures of borders in the second half of March. That same month, it decided to introduce a “state of calamity”, which allowed it to circumvent legal limits on state budget expenditures.

Among the measures to tackle the pandemic, the government has taken initiatives to support the health services (e.g., special preferences for the import of needed medical resources and suspension of the periodic price adjustment of medicines). To support households, it decided to speed up pension payments, increase benefits for the poorest, and cover benefit payments for the lowest-income workers. Business-oriented measures included deferring tax payments, facilitating access to emergency credit lines, and supporting the banking sector by temporarily loosening regulatory requirements. The government also decided to transfer additional funds to the state and municipal authorities and postpone the repayment of liabilities. In the second half of April, the government approved a plan called “Pro Brasil” to stimulate the economy through, for example, public investment.

However, Bolsonaro’s disregard in public for the COVID‑19 threat and sanitary recommendations overshadowed his government’s actions. The president not only joined mass public demonstrations with supporters but also mobilised them against political opponents and media he deemed hostile. His attitude has become a source of friction in the government. In mid-April, Bolsonaro dismissed Health Minister Luiz Henrique Mandetta. Officially, the reason was the differences on how to tackle the pandemic. Unofficially, it may have had to do with a poll showing a jump in support for Mandetta to more than 75% while for the president, his disapproval had risen to 39%. The next health minister, oncologist Nelson Teich, fared no better, resigning after a month in office due to disagreements with Bolsonaro. He did not give in to the president’s pressure to recommend chloroquine in the treatment of COVID-19 patients despite the lack of clinical evidence that the drug is safe. Since mid-May, Gen. Eduardo Pazuello has been acting health minister—since Mandetta’s departure the military has taken over more than 20 key posts in the Health Ministry.

In late April, Bolsonaro took a severe blow when Sérgio Moro, the popular justice minister—famous as the face of the fight against corruption in Brazil—resigned from the government. Moro accused Bolsonaro of interfering with the appointments of Federal Police in order to influence investigations targeting the president’s sons. The judiciary started to investigate the accusations and revealed a video recording of the government meeting of 22 April in which Bolsonaro is seen focusing on economic issues but with little attention to the pandemic.

Since the first half of March, the governments of the Federal District, which includes Brazil’s capital, and most of the 26 states have introduced various restrictions to counter the spread of COVID-19. The measures included enacting a state of emergency, compulsory isolation, closures of schools, and restrictions on businesses. The authorities also decided, for example, to provide food aid for the poorest and offered relief for companies (e.g., tax deferrals). Most of the states called on the federal government to postpone the repayment of liabilities and some of them demanded additional subsidies for hospitals.

The governors of the states most affected by COVID-19—São Paulo (currently 21% of cases) and Rio de Janeiro (9%)—introduced the most severe restrictions and subsequently became the main targets of the president’s attacks. Bolsonaro tried to challenge the state-introduced restrictions. The supreme court, though, confirmed the autonomy of the lower-level authorities to enact the measures. Most states, however, had difficulty enforcing the isolation regime. Although COVID-19 cases have not peaked, some states decided to start lifting the restrictions as of early June.

The deteriorating situation in Brazil will not prompt Bolsonaro to soften his anti-restrictions stance. He will continue to blame the governors and the supreme court for the economic crisis. The World Bank forecasts that Brazil is facing an 8% fall in GDP in 2020—more than during the last crisis in 2015–2016. The social situation will deteriorate with rising levels of poverty and unemployment. Nevertheless, the Bolsonaro government will be unwilling to give up its economic liberalisation agenda.

The tensions with the governors and ex-Health Minister Mandetta show that the president tends to fight with rising political rivals.  The economic crisis and increased political tensions are weakening Bolsonaro’s chances of re-election, but despite the growing number of critics wanting to impeach him, this scenario is not so likely. The president has a stable electorate of about one-third of voters and in parliament he has secured the necessary support of a clientelist bloc called Centrão by offering its members, for example, high positions in state institutions. Moreover, Bolsonaro’s removal would mean that Vice President Gen. Hamilton Mourão would take office, which could increase concerns about a deepening of military involvement in governance. Impeachment would increase the presidential chances of Moro, who is unacceptable to the leftist opposition that ruled Brazil until 2016 and is seeking a return to power.

The uneven fight against COVID-19 and the political situation in Brazil have damaged the country’s international image. Bolsonaro’s actions have not only deepened polarisation in society but also radicalised his supporters against democratic institutions and media. These trends could harm Brazil’s relations with the EU and block the ratification of the EU agreement with Mercosur—on top of the severe loss of credibility of the Bolsonaro government because of last year’s fires in the Amazon.  A spike in COVID-19 cases in the country may force other national governments that are opening their borders to keep in place an entry ban on people coming from Brazil. 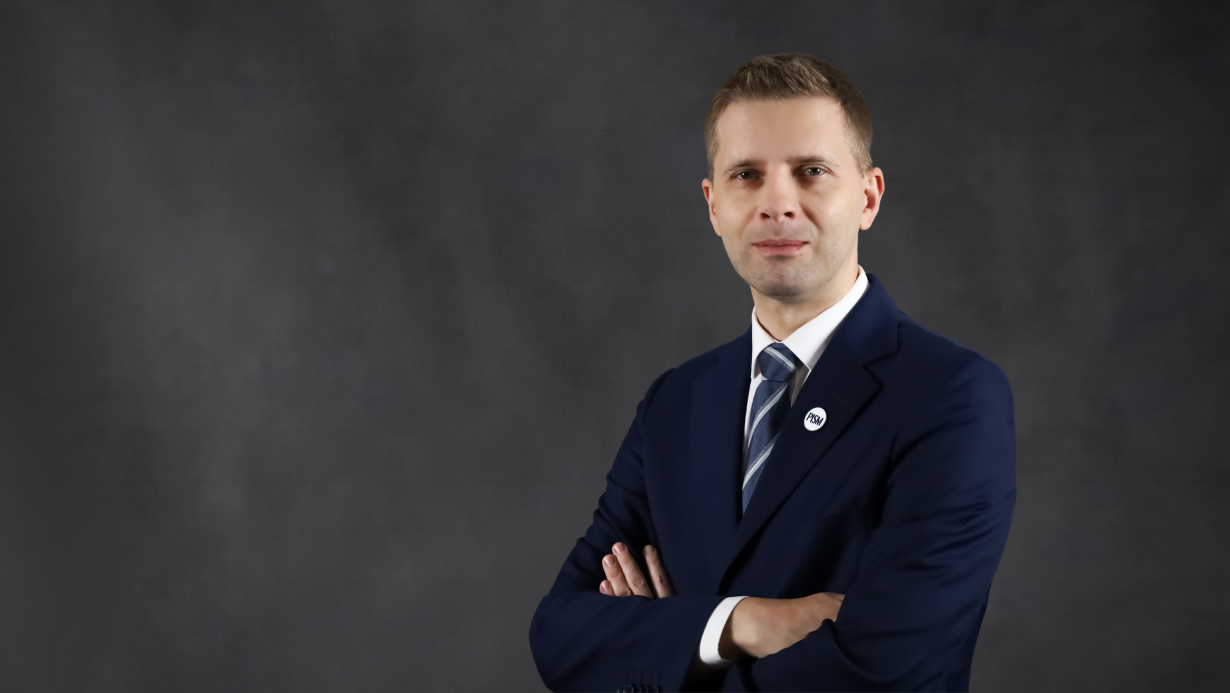