Further Lack of Progress in Settling the Situation in Donbas
30
Despite the resumption of negotiations at the highest level of the Normandy Format (Ukraine, Russia, Germany, France) in Paris last December, the deadlock regarding the situation in Donbas was not broken. None of the main provisions of the Paris summit has been implemented so far. The likely lack of agreement at the next Normandy meeting, initially scheduled for the beginning of the second quarter of this year, may prompt Ukrainian President Volodymyr Zelensky to intensify bilateral talks with Russia.
Daniel Szeligowski

After a three-year break, the Normandy summit resumed in December but did not bring any progress in the negotiations. Agreed were only a few ad hoc measures to de-escalate tensions and build trust between Ukraine and Russia. The next meeting was scheduled for “in four months”, meaning around April this year. Yet, this timeline will probably depend on the degree of implementation of the provisions adopted in Paris.

Despite the high-level agreement in Paris, a full ceasefire on the frontline in Donbas again was not achieved. The intensity of shelling compared to the period before the Paris summit indeed had temporarily decreased. The OSCE’s special monitoring mission reported about 40% fewer ceasefire violations (from about 23,000–24,000 in November last year to about 14,000–15,000 in January this year, without identifying the specific party responsible for the violations). A similar trend, although based on a different methodology, was shown in publicly available data by the Ukrainian General Staff. It counts the number of ceasefire violations by Russian forces (which decreased from an average of 12 per day in November last year to 7–8 in January this year). Still, this did not bring about any reduction in combat losses. As a result of the military actions, 11 Ukrainian soldiers were killed in January this year, while in November last year, six people were killed (no reliable data exists concerning losses in the Russian army). On top of that, in mid-February this year, there was another escalation of fighting and an increase in the number of victims. A complete ceasefire is unlikely to happen soon. The Russian authorities have been using the ongoing military clashes as an instrument of pressure on Ukraine to make further political concessions. Among them, the key one is the establishment by the Ukrainian authorities of a so-called special status for Donbas, which would mean the creation of a de facto Russian protectorate in eastern Ukraine.

Again, an exchange of prisoners in the “all for all” formula was not achieved. At the end of December, just before the deadline agreed in Paris, 200 people were exchanged—the self-proclaimed Russian-controlled “republics” in eastern Ukraine (“DPR/LPR”) freed 76 people while the Ukrainian authorities handed over 124 people. Still, to make this happen, Ukraine was forced to make another concession—to release and hand over to the “republics” five officers of the Ukrainian security services (Berkut) suspected of committing crimes during Euromaidan in 2014, although they had not participated in warfare in Donbas. This required direct interference from the Ukrainian authorities in the nation’s justice system and sparked criticism of President Zelensky. Talks about the next exchange of prisoners will be continued, but it is unlikely to be organised in the formula of “all for all”. Ukrainian prisoners are held captive not only in the “republics” but also in occupied Crimea and in Russia (more than 300 in total, though estimates vary). However, for the Russian authorities, it is currently unacceptable to join ranks with the “DPR/LPR” as one party to the exchange with Ukraine, as it would directly connect Russia to the military involvement in Donbas. Another problem is the identification of all prisoners since the personnel lists differ on both the Ukrainian and Russian sides, as well as in the “republics”.

Withdrawal of Troops from the Frontlines

By the end of March, Ukrainian and Russian (so-called separatist) troops are to withdraw along the next three sections of the frontlines in Donbas, with the first three withdrawals taking place last autumn before the Paris summit. While this raised fears in Ukraine that the enemy would not keep its commitments and would take up positions abandoned by the Ukrainian forces (there were, among other things, clashes between police and paramilitary groups, including veterans, opposing the retreat of the Ukrainian army), the OSCE has noted only minor violations, mainly the presence of several “separatist” soldiers in the demilitarised zones. Of the three frontline sections, only one has so far been pre-agreed. However, at the Munich Security Conference in February, President Zelensky announced, without giving any details, that Ukraine would come up with an initiative to continue withdrawing troops based on a “sectoral approach”. This probably means that the Ukrainian authorities are willing to work out a mechanism for the gradual withdrawal of forces along the frontlines without each time having to agree on new sections. It is not clear, however, whether this would be in regard to the entire front (over 400 km). If so, then it would mean a significant concession on the Ukrainian side, as Ukraine so far has opposed a full retreat of its troops in Donbas in part because the current positions of both sides do not correspond to those adopted in the Minsk agreements. In 2014-2015, Russian troops broke the agreements several times, increasing their control over Ukrainian territory.

A breakthrough in negotiations to settle the situation in Donbas is unlikely to happen soon. The main obstacle to reaching an agreement remains the lack of political will of the Russian authorities to withdraw troops from Ukrainian territory and put an end to the conflict. The Russian goal remains unchanged and assumes obtaining lasting influence on Ukrainian domestic policy as well as blocking the further integration of Ukraine with the EU and NATO. In this situation, “progress” in talks on the future status of Donbas can only be made at the cost of further concessions from the Ukrainian side, e.g., consent to hold local elections in Donbas without the prior withdrawal of Russian troops or regaining full control over the Ukrainian-Russian border. Despite the Ukrainian authorities' willingness to make concessions, these requirements are unacceptable to them.

The next Normandy summit in April remains in question. The Ukrainian authorities will strive to convene the summit even without the implementation of the provisions agreed in Paris, hoping that international pressure on the Russian side will deliver some concessions, for example, another exchange of prisoners. Germany and France will also press for having the meeting to demonstrate progress in the negotiations in the context of criticism of the Normandy Format for its ineffectiveness to bring an end to the Russian aggression against Ukraine. However, the Russian authorities will aim to postpone the summit by making it conditional on agreeing the details of the so-called special status for Donbas, or the introduction of the so-called Steinmeier formula (assumes the entry into force of the “special status” on the day of local elections in Donbas) into Ukrainian legislation, which would probably require changes to Ukraine’s law on the occupied territories in Donbas, adopted in early 2018. While this would mark a step towards the realisation of the Russian scenario of ending the conflict, it would still not be definitely prejudged.

If the next Normandy summit ends in impasse (continuation of military action and lack of agreement on the elections in Donbas), or if the meeting is postponed, the likelihood will increase significantly that Ukraine will try to reach a bilateral agreement with Russia. Unofficially, such talks have been held for many months now between Andriy Yermak, an advisor to President Zelensky, and Russian Deputy Prime Minister Dmitry Kozak, and both sides consider them to be constructive (the result of which was, among others, the December prisoner exchange). Kozak became deputy head of President Putin’s administration in January this year and Yermak became head of President Zelensky’s administration in February this year, which means that the talks have now been moved to a higher level.

In the longer term, maintaining the current impasse may result in a stiffened position of the Ukrainian authorities regarding Donbas and their attempt to freeze the conflict and isolate areas remaining beyond their control. In the absence of the political will of the Russian authorities to withdraw their troops from Donbas, such a scenario would be optimal for Ukraine. Still, it would be difficult to implement, as it would require Russia’s consent to stop aggressive actions and stick to a permanent ceasefire. 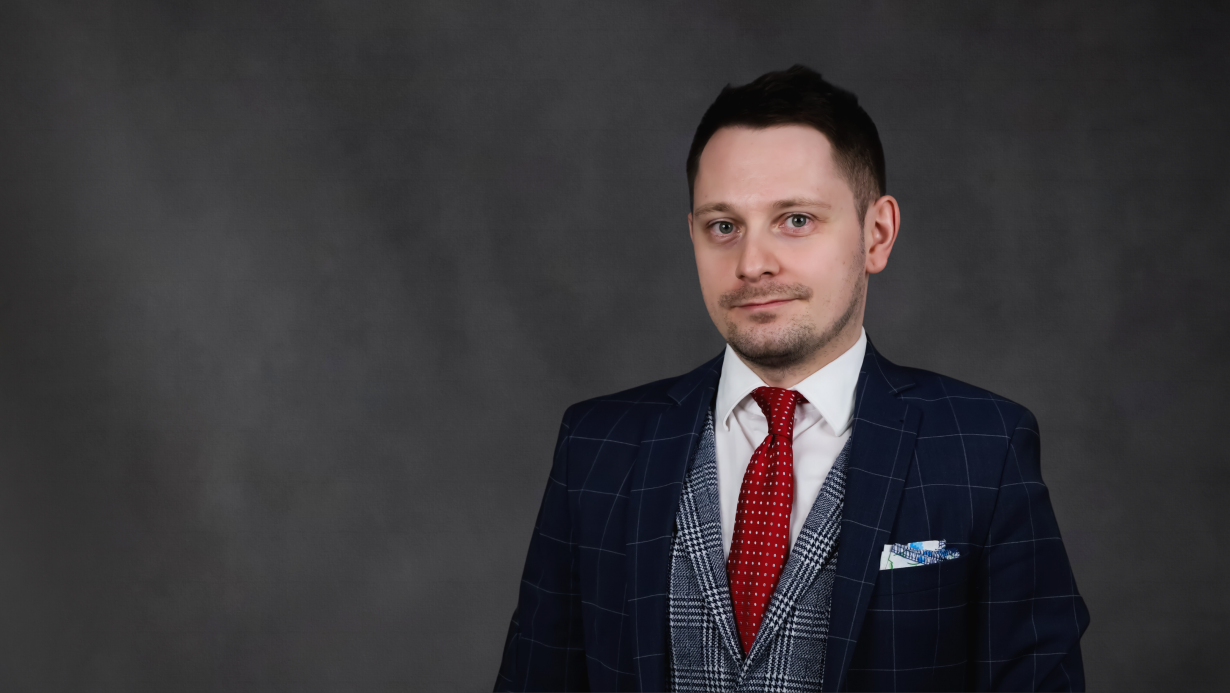 Ukraine’s Law on the Occupied Territories in Donbas
Daniel Szeligowski 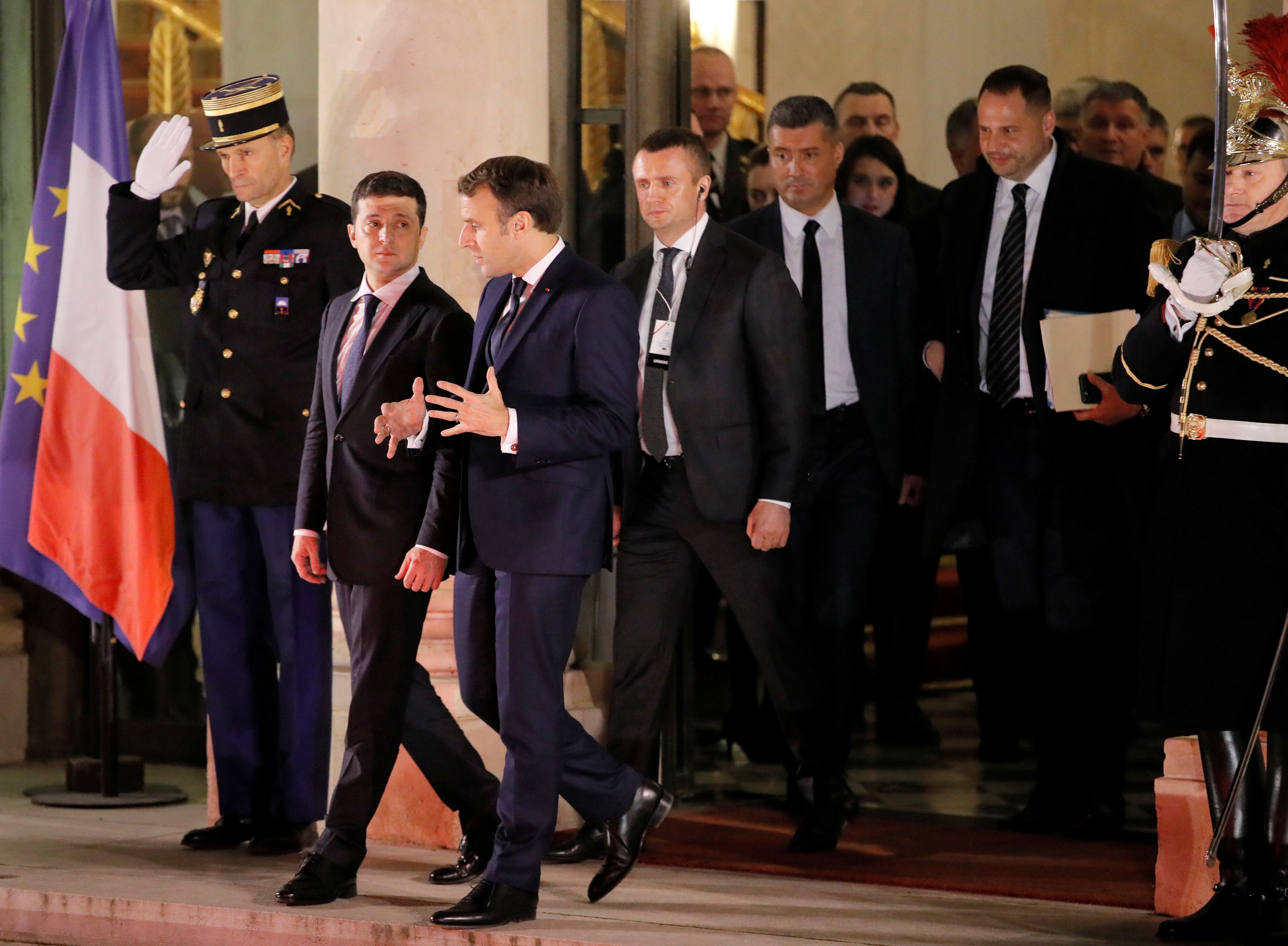