Die Linke and FDP after the European Parliament Elections
121(1869)/2019
The elections to the European Parliament showed that smaller parties in the Bundestag, mainly the Die Linke (The Left) and the liberal Free Democratic Party (FDP), are threatened with increasing marginalisation at the federal level. Growing competition from other groupings has made it increasingly difficult for them to attract new voters. In an extreme scenario, they may not cross the electoral threshold in future parliamentary elections.
Lidia Gibadło 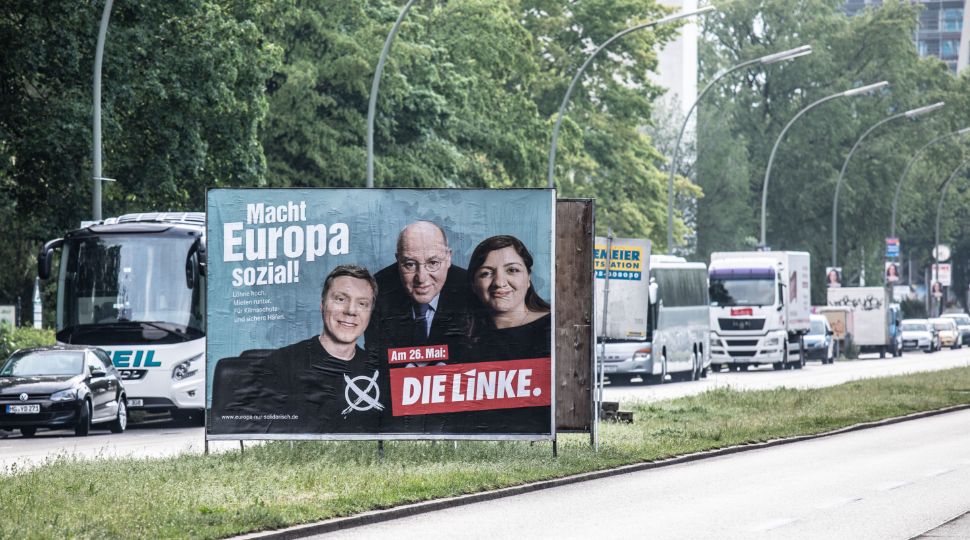 In this year’s elections to the European Parliament (EP), Die Linke and FDP had the weakest results among the groups in the Bundestag, at 5.5% and 5.4%, respectively. For the former, this was a loss of support by 1.9 percentage points (p.p.) compared to results from four years ago. For the liberals, it was an increase of 2 p.p., but not the double-digit result expected by party leader Christian Lindner. In addition, opinion polls showing their support ranging from 7% to 9% indicates that both parties, for years standing as alternatives for CDU and SPD voters—and in the case of the FDP, also a coalition partner to both parties—may not even be in the Bundestag in the future.

Die Linke—Weakening of the Extreme Left

The Left’s main problem is the loss of image as the anti-system protest party, now seen in Alternative for Germany (AfD). Die Linke’s long presence on the German political scene and participation in state governments have led some voters to see the grouping as now part of the political establishment. Therefore, despite differences in ideological issues between Die Linke and AfD, some far-left voters have changed their electoral preferences. In the 2017 parliamentary election, 78% of these voters supported AfD. As a result, Die Linke lost its third-power status in the Bundestag and rank as the largest opposition party to AfD.

The fiercest competition with AfD is over poorer voters. Until recently, Die Linke’s main rival amongst this group was SPD, which was easy to attack because of the baggage of the early 2000s Hartz reforms of the labour market and SPD’s participation in the government. The anti-system, extreme right is increasingly enjoying the support of these voters. During the last parliamentary elections, 22% of people who described their financial situation as difficult voted for AfD while Die Linke only collected 15%. Among those unemployed in 2017, 21% voted for AfD and 11% for Die Linke.

Both groups also compete with each other in the former GDR states. As heir to the communist Socialist Unity Party of Germany, Die Linke lives off its image as the party representing those disappointed with the effects of German reunification. However, in the 2017 election in the east of the country, Die Linke lost 4.9 p.p., knocking it off its pedestal as the second-most popular party in the eastern regions of Germany. Her place was taken by, here again, AfD came out ahead, with 21.9%. The results of this year’s European elections confirmed the trend. In Brandenburg, Saxony, and Thuringia, where federal elections will be held this fall, Die Linke fell by 4-7 p.p.—clear losses—to AfD, which either won outright or came in second in these regions.

Also, increasing competition from centre-left parties is part of the problem. The Greens’ proposals on environmental protection and reducing social inequality attracted 610,000 Die Linke voters, or 26% of the votes lost in the EP elections. On the other hand, SPD remains a rival in the fight for the left electorate. The Social Democrats are also probably willing to make more radical proposals, thus further threatening Die Linke’s position.

Within the grouping, there are also internal conflicts, manifested, for example, in a dispute over proposals on migration policy. The results of inter-party voting also speak to the divisions within the grouping. While the leaders of the party, Katja Kipping and Bernd Riexinger, were re-elected to their functions in June 2018’s party congress, they received 64.5% and 73.8%, respectively, of the votes, which was 9.5 p.p. and 4.7 p.p. less than two years earlier. An effect of this internal weakening is the demobilisation of existing voters: of those who voted for Die Linke in 2017 but changed their election preferences two years later, 41% did not participate in the election and 24% voted for small parties that didn’t enter the Bundestag.

FDP—Barriers to the Expansion of Its Electorate

The EP elections showed that the FDP’s key demands—liberalisation of the economy, investment in research and education, and the development of digitisation—did not coincide with the areas of interest to German voters. Research by the Infratest Dimap institute shows that the most important topics during this year’s elections in Germany were climate protection and social policy. These issues were most prominent in the Greens’ agenda. Therefore, FDP lost 16% of its voters compared to 2017 to the Greens. For liberals, the diminishing popularity of the party among three key groups of voters—people under the age of 25, under 35s, and entrepreneurs—is the most alarming. In the first two (age groups), FDP won 8% and 6% of the vote, and in the third, 12%, while the Greens enjoyed 34%, 25%, and 25% respectively.

Acquiring a conservative electorate is hindered by competition with CDU, which, after changing leadership, announced a fresh party profile, including a more pronounced liberal economic angle. In CDU’s vision of European integration, presented in April, the head of the Christian Democrats, Annegret Kramp-Karrenbauer, among others, ruled out the possibility of communitarisation of debt in the eurozone, stressing the importance of the principle of fair competition and subsidiarity in the development of the EU economy. From the FDP’s perspective, an added problem will be the sharpening of the CDU stance on asylum and immigration, effectively taking over key liberal demands. The validity of the threat is demonstrated by the loss of 210,000 (7%) FDP voters who supported the liberals in 2017 to the Christian Democrats.

In the next election, the controversial leadership style of FDP leader Lindner may also be a burden. He has undoubted merits for the party—during his tenure, the party returned to the Bundestag after a four-year break, the first time in the Federal Republic’s history—but he is accused of marginalising other prominent party activists. In addition, he is criticized for the decision to withdraw the FDP from coalition talks with the CDU/CSU and the Greens after the 2017 parliamentary elections. Moreover, Lindner’s criticism of the “Fridays for Future” movement, demanding greater government activity in the fight against climate change and particularly popular among young Germans, has weighed down the party, even within the FDP itself. In total, 37% of Germans are satisfied with the liberal leader while 49% have a negative opinion.

Given the condition of both parties and the competition of other groups, an extreme scenario in which one or both disappear from the Bundestag should not be ruled out. The heir to Die Linke would be mainly the SPD, which is now turning left. For the FDP, some of its economic proposals are likely to be taken over by the CDU and incorporated into a wider programme. The disappearance of these groups would transfer Christian Democrats and Social Democrats to political wings, deepening the polarisation of the German political scene and hampering the construction of large coalitions with a vague programme.

It is possible, however, that in the next elections, Die Linke and FDP will remain in the Bundestag, though with low support, and will act as a potential partner in the construction of the government. The room to manoeuvre will be limited by the reluctance to build super-bloc coalitions. Therefore, a cabinet composed of Greens–SPD–die Linke or CDU/CSU–FDP is most likely.

For Poland, Die Linke’s presence in the next coalition government would be unfavourable primarily due to the party’s proposals to lift sanctions on Russia and for Germany to leave NATO. Its presence in an FDP government would be ambiguous: on one hand, its unclear position on Russia and support for a “multi-speed” Europe would make it a difficult partner but, on the other, it would be beneficial since the liberals support increasing Germany’s defence spending to 2% of GDP and strengthening transatlantic relations. 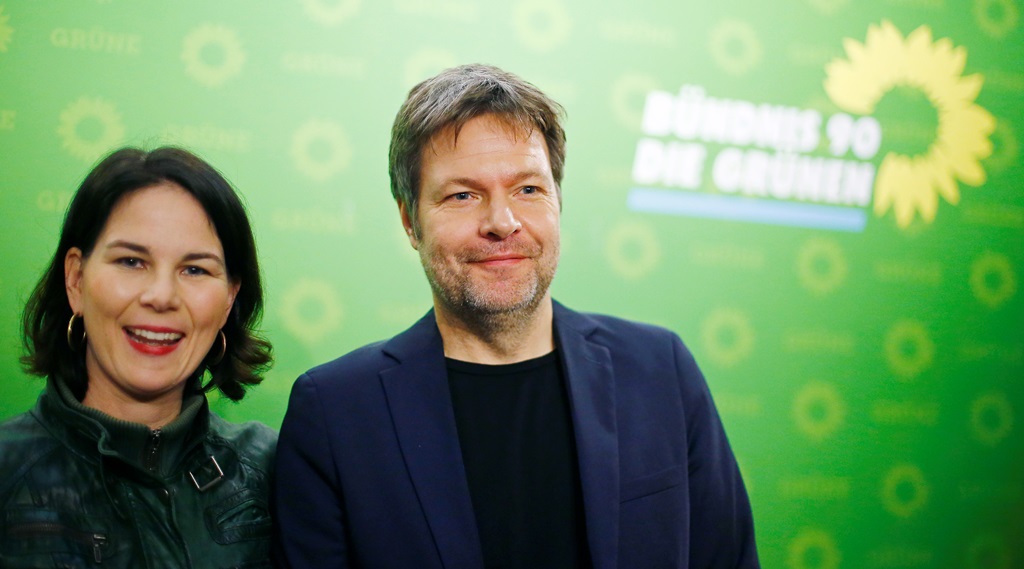