Countering China: Germany in the Indo-Pacific Region
238
China’s growing influence in the Indo-Pacific area potentially jeopardises the security and economic interests of Germany. This has led the German government to adopt policy guidelines towards the region with the main element strengthening cooperation with ASEAN members and countries such as India, Japan, South Korea, and Australia. Although the document signals an evolution of the German strategy regarding China, which is increasingly viewed as a competitor, implementation of the course may be limited by concerns about a deterioration of relations with Germany’s largest trading partner.
Lidia Gibadło 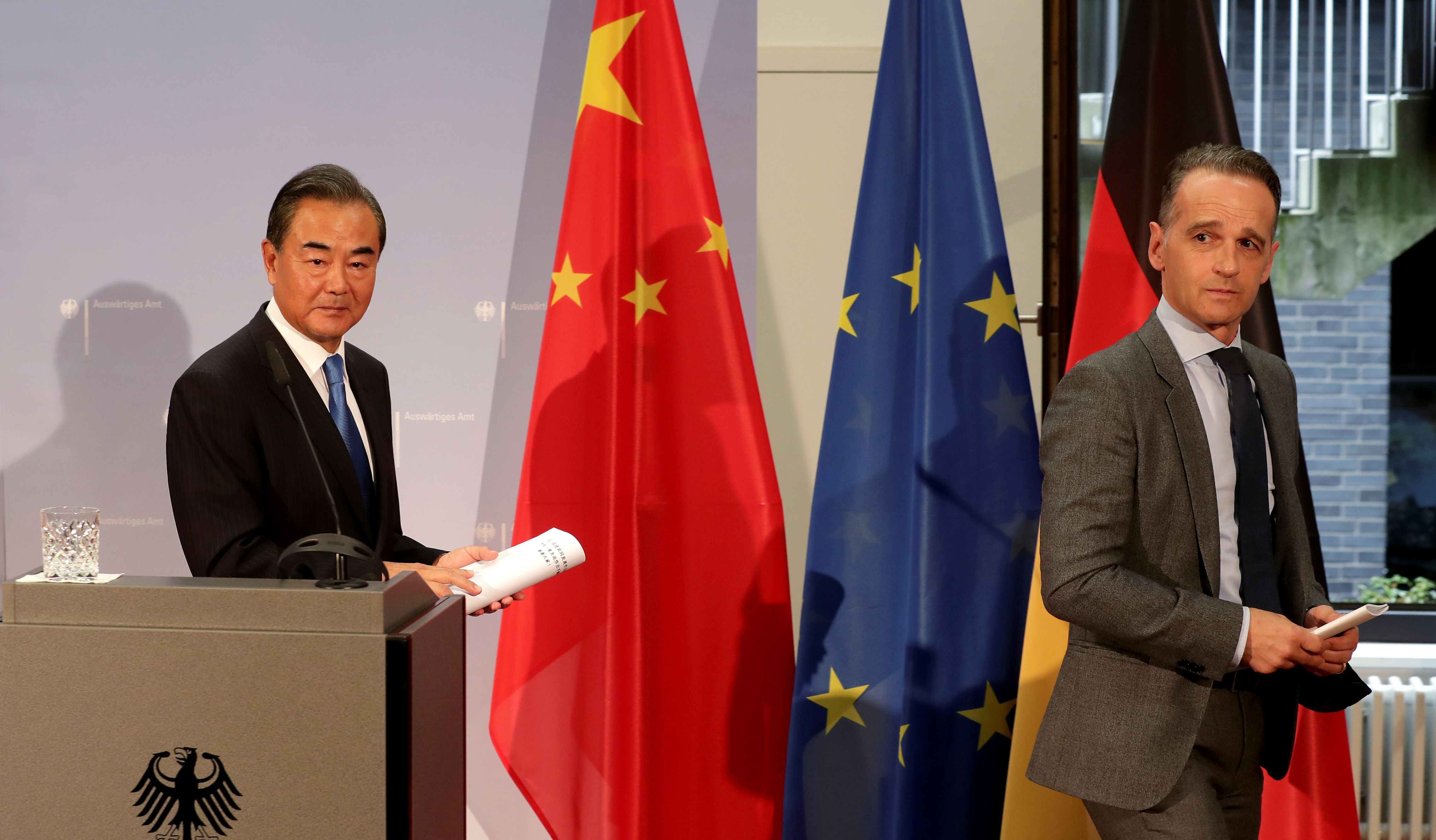 In early September, the German government adopted guidelines for policy in Indo-Pacific, defined as the region connected to the Pacific and Indian Ocean basins. The document is intended to form the basis of Germany’s action in a region of growing importance for the world economy, where the political and security interests of numerous countries intersect. At the heart of the guidelines, however, is a response to one of the fundamental challenges of German foreign policy: redefining relations with China. Although the authors of the document do not directly point to China since it could worsen relations with Germany’s largest trading partner, the content of the guidelines indicates that Chinese activities in the region are one of the main reasons for its creation.

The increase in Germany’s involvement in Indo-Pacific is intended to protect its two core interests. The first one is to secure economic relations with the countries of the region. For Germany, Asia (including China) is the second-largest regional trading partner after Europe with an export/import share of 14.6% and 20%, respectively. In addition, Asian markets remain a constant focus of interest for German companies: in 2018, Germany recorded an increase in investment in China (+5.5%), India (+6.1%), South Korea (+4.2%) and other countries in the region.

A prerequisite for smooth trade and the operations of German companies is the achievement of a second objective: ensuring stability in the regional transport of goods by sea (over 20% of German trade in 2018). Particular concerns relate to the consequences of the U.S.-China dispute. The continuation of the trade war weakens the growth of the global economy, which primarily affects the world’s largest exporters, including Germany. In addition, the outbreak of a military conflict between the U.S. and China would force Germany to take the U.S. side as a key ally and guarantor of security, thereby jeopardising relations with China.

Grounds for Adopting the Guidelines

One of the reasons for the publication of the guidelines was the deterioration of relations with China, related to disinformation by the Chinese authorities regarding the scale and handling of the COVID-19 epidemic, which allowed the virus to spread outside China. The pandemic has also highlighted the scale of dependence of the German economy on China, Germany’s largest trading partner. In addition, the EU’s economic weakness has reinforced the risk of Chinese companies taking over companies across the Union. An antagonistic factor in German-Chinese relations is China’s response to criticism by EU countries (including Germany) over China’s policy towards Hong Kong. The Chinese embassy in Berlin condemned Germany’s suspension of the extradition treaty with Hong Kong. Chinese representatives were also irked by this year’s meeting of German parliamentarians with a group of Taiwanese representatives. Both events were described by the Chinese side as “interference in China’s internal affairs”. China’s actions in the South China Sea, seen by Germany as threatening the stability of the region, are also an important factor. In September,  in cooperation with France and the United Kingdom, Germany submitted a note to the UN rejecting Chinese “historical rights” to maritime areas in the South China Sea as contrary to international law. As a result of the tensions with China, Germany is seeking to diversify relations in the region, seeking to strengthen cooperation with ASEAN countries, India, or Australia. This is intended to show that Germany does not accept China’s actions and is ready to counteract Indo-Pacific domination by a single country.

The German guidelines are also a response to the French and  U.S. regional strategy. Germany, like the U.S., takes a dim view of China’s actions, although at the same time it wants to avoid being forced into the U.S.-China confrontation. In addition, Germany wants to contribute to the Indo-Pacific strategy at the EU level. France, a country with greater military capabilities than Germany, overseas territories in the region, and permanent membership of the UN Security Council, has a stronger position in shaping EU guidelines. By publishing its own document, Germany indicates that it is ready to increase its involvement in Indo-Pacific, which will allow it to have more influence on the content of EU strategy.

The starting point for the German strategy in the region is to promote the principles of free trade and multilateralism as a paradigm that excludes dominance by one or several countries. Germany therefore intends to continue its cooperation with regional institutions, above all, with ASEAN. The country also plans to transfer the level of cooperation with the organisation from what it terms a “development partnership” to a “partnership in dialogue”, which would allow for the organisation of regular meetings of high-level representatives on the regional and global situation.

Another objective for Germany is to protect the environment and help adapt Indo-Pacific to the consequences of climate change, seen as a threat to regional security and the economy. This means financial and expert support to individual countries and organisations in the fight against pollution in the oceans and seas and the protection of biodiversity. In promotion of renewable energy, Germany plans, for example, to join the International Solar Alliance, initiated by India.

Another German priority is ensuring security and stability in the region, in part through the country’s accession to the Regional Cooperation Agreement on Combating Piracy and Armed robbery against Ships in Asia, as well as the development of bilateral and NATO cooperation with countries such as Japan and Australia, including in the area of cybersecurity. Germany also intends to counter disinformation by establishing a Regional Information Centre in Singapore to provide accurate information about events in Germany. Traditionally, the list of German priorities has also included the protection of human rights.

Part of the German strategy includes the diversification of supply chains and strengthening trade relations with countries of the region. This includes support for the network of German chambers of commerce, the conclusion of free trade agreements with New Zealand, Australia, and Indonesia by the EU, the modernisation of the existing agreement with South Korea, and the conclusion of an EU investment agreement with China. Germany’s presence is also intended to strengthen the popularisation of the country, in part through its Goethe Institutes and support for scientific projects carried out by such institutions as the German-Vietnamese University of Ho Chi Minh City.

Germany’s Indo-Pacific policy guidelines point to an evolution in its approach to China, which is increasingly viewed as a competitor. This evolution is facilitated by the weakening of China’s image in the eyes of the German public and the potential entry into government by the Greens after the 2021 elections, which support a more confrontational position in relations with China. This approach also offers an opportunity to win over CDU members, since some of them already oppose Chinese companies’ participation in the construction of the German 5G network, perceiving the firms’ involvement as a threat to German security. However, the pace of change will be slow given China’s importance to the German economy and the effects of the COVID-19 pandemic. Therefore, Germany will refrain from taking decisions that could escalate the disputes with China.

The increased German activity may be enhanced by Joe Biden’s victory in the U.S. presidential election. In the interests of improving relations with the Americans, Germany will more strongly signal its willingness to engage more in regional security initiatives. The German guidelines may also provide a decisive impetus and basis for the development of an EU-wide strategy towards Indo-Pacific, indicating that the focus on dealing with China should recede and relations in the region further diversified. The prospect of expanding access to regional markets and the non-confrontational nature of the document towards China may persuade EU countries to the German vision. Poland could use the Weimar Triangle forum to present its own proposals for EU policy towards the region.