Home Page A System Correction in a Time of Crises: German Federalism vs. the Pandemic

A System Correction in a Time of Crises: German Federalism vs. the Pandemic
150
The diversity of regional strategies to counter the COVID-19 pandemic prompted the German federal government to take control of the fight against the coronavirus and the Bundestag temporarily increased the powers of the central authorities in the area of healthcare. The initial difficulties of the regional governments in the fight against the pandemic can be a catalyst for constitutional changes and increasing the role of the federal government in areas such as healthcare and internal security.
Lidia Gibadło 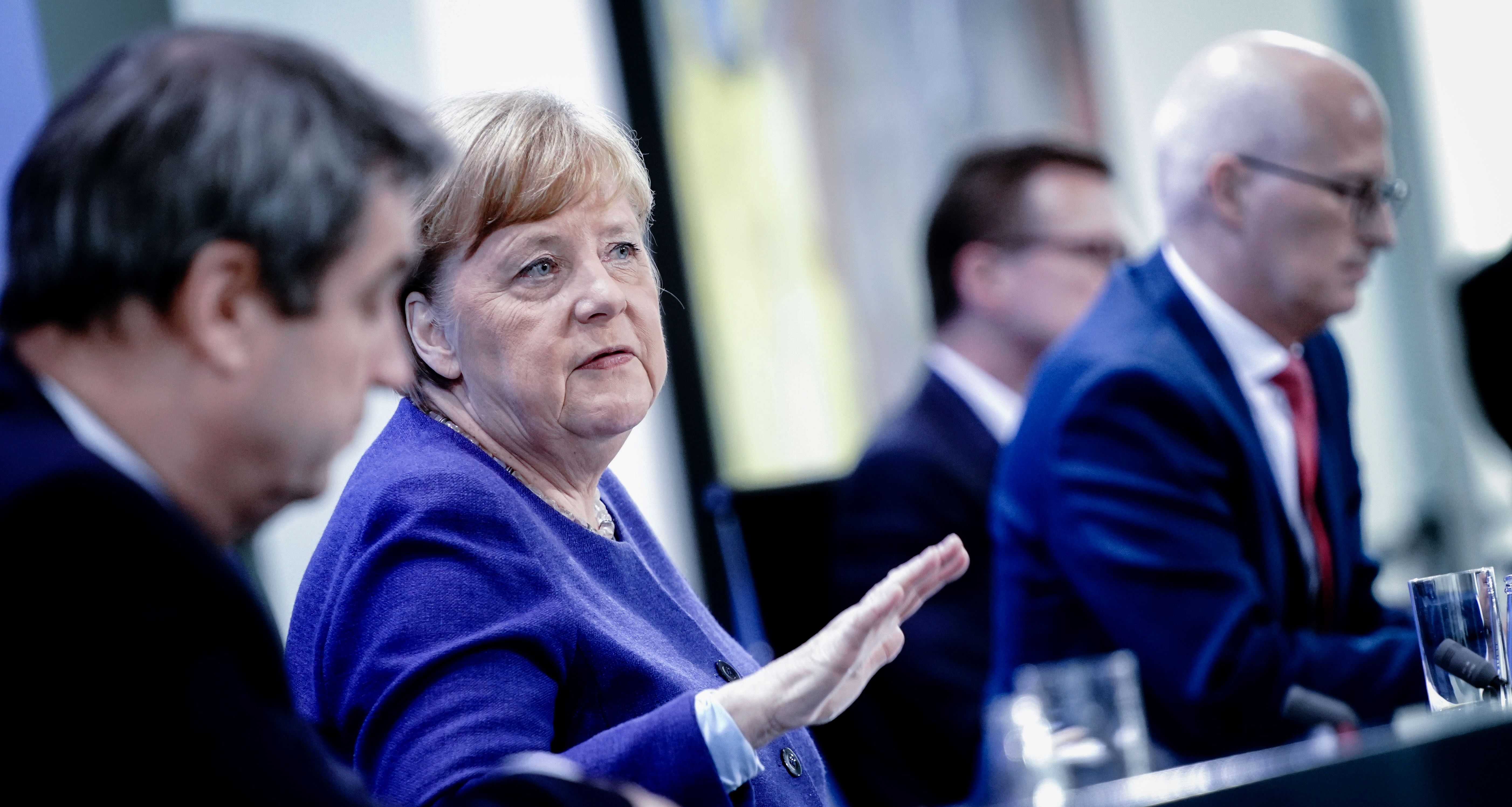 Federalism is one of the basic elements of the political system of modern Germany. The formula introduced by the Basic Law of 1949 grants federal states (Länder) with a deeply rooted local identity broad competences in areas including culture, internal security, health protection, and crisis management. At the beginning of the 21st century, however, the system was reformed due to the protracted legislative process and the unclear division of powers between the Länder and federal (central) authorities. As a result, in 2006 the number of reforms requiring approval by the Bundesrat was reduced while the competences of the Länder increased, including in education and environmental protection. The introduction of the federal government debt limit during the 2009 financial crisis was also a major change to the federal system. Another opportunity to modify the system and adapt it to new realities is the COVID-19 pandemic.

The Federation vs. COVID-19

Pursuant to the provisions of the constitution and the act on combating and preventing infectious diseases of 2001, the administrative units responsible for countering epidemics are the Länder. For this reason, during the pandemic, Germany did not have a uniform strategy regarding the threat: the country became a mosaic of prohibitions on different scales. While the Bavarian government declared a “natural disaster” on 16 March, imposing the most severe restrictions, the authorities of the other Länder have avoided similar restrictions. The regional inconsistency of the response to COVID-10 partly contributed to the rapid spread of the virus (almost 6,300 cases per day at the end of March).

The diversified approach of regional governments to fight the virus led to a political dispute. The severity of the restrictions and the pace of their implementation by Bavaria led to tensions with representatives of other Länder, who accused the government in Munich of undertaking unilateral actions without prior consultation. In addition, the method of fighting the virus led to a dispute between the Christian Democratic prime ministers of the two Länder with the highest number of cases and deaths caused by COVID-19—in Bavaria, Marcus Söder, head of the CSU, and in North Rhine-Westphalia (NRW), Armin Laschet, a candidate for president of the CDU—over calls for looser restrictions and more rapid action. The resulting discrepancies were problematic from the point of view of the CDU/CSU faction’s future. If the NRW prime minister was elected head of the CDU, the difference in the approach in fighting the pandemic could hinder cooperation with Söder and lead to renewed tensions between the two groupings. This required the involvement of an arbitrator who could prevent the dispute from escalating.

Discussions about how to deal with the pandemic also have an economic dimension. The weakening of the German economy has resulted in a decrease in revenues not only to the federal budget but also to the budgets of the Länder. Forecasts by the tax-assessment working group of the Federal Ministry of Finance from May this year indicate that in 2020, federal state tax revenues will decrease by 11% and local governments by 13% compared to 2019. The most industrialised, western Länder will experience economic weakness. The Ifo Institute for Economic Research stated that the Baden-Württemberg and Bavarian GDP will fall by over 18%. That is why the Länder expect clear support from the federal government.

The Reaction of the Central Government

The increasing number of COVID-19 cases has required greater involvement by the central authorities in managing the fight against the pandemic. However, the provisions of the Basic Law do not allow for the introduction of a state of emergency, primarily because of doubts concerning the definition of the pandemic as a “natural disaster”. In addition, the taking control of the state police by the federal authorities over, which the regulations provide for in a state of emergency, would not be an adequate instrument to fight a pandemic since local services have been able to ensure the security of residents. Given the legal restrictions, in March the central government introduced regular consultations with the prime ministers of the Länder to develop a minimum catalogue of restrictions, and then an agreement on the pace of lifting them. An additional element intended to facilitate the actions of the federal authorities was the March amendment to the “Act on the prevention and eradication of infectious diseases”, which granted the federal Health Ministry the right for 12 months to distribute drugs and medical resources between the Länder by means of ordinances and the recruitment and deployment of medical personnel.

An important element of counteracting the effects of the pandemic while expanding the influence of central authorities on state policy has been the federal financial support for Länder and local governments. Assistance programmes launched by individual Länder for local businesses are not sufficient and require support from the federal budget. From the perspective of the Länder and local governments, the third aid programme of June is particularly important—€130 billion in total, some of which will be directed to municipalities for public investment and to cover social policy and public transport expenditure.

As a result of the crisis, the importance of VAT revenues distributed by the federation to Länder is also increasing. They are the second-largest source of revenue for state budgets. According to the financial pact adopted in 2017, solidarity transfers in 2020 between the western Länder and former GDR regions were replaced by a mechanism in which the amount of funds received by the Länder depends on its financial condition. This guarantees greater funding for economically weaker Länder and relieves richer ones from transferring money to poorer regions. In return, the central authorities gained control over the construction and operation of highways. An important element is also the possibility for the federal government to co-finance local investments, giving it greater control over the spending of funds transferred to the Länder and local governments.

The initial problems of the Länder and the need to involve the central authorities in coordinating the fight against the COVID-19 pandemic do not mean a crisis in the federal system: Germany has managed to limit the spread of the virus and gradually lift some of the restrictions. However, the difficulties faced by the central and Länder authorities in February and March may constitute an argument for the federal government to introduce constitutional amendments reducing the scale of decentralisation of the Länder in selected areas. This scenario would most likely occur in the event of other natural disasters, including epidemics, and in the area of healthcare. The changes are backed by public opinion, supportive of Angela Merkel’s government: A survey in March by the Forschungsgruppe Wahlen institute during the pandemic summit showed that 72% of respondents evaluated it positively and 73% supported the increase of Berlin’s powers in crisis management. It is possible that in the long run these changes will become a catalyst for increasing centralisation in other areas, among others, the delegation of greater powers to central authorities in the area of internal security in relation to terrorist threats and organised crime. The increase in powers is supported, among others, by the FDP and the Greens.

In the long run, a potential change could also be a reduction in the number of laws whose entry into force requires approval by the Bundesrat: the Länder could agree to such a concession at the price of granting more VAT funds. This would mean strengthening the Bundestag—and thus the federal government—and eliminating the risk of laws initiated by the government being blocked by the opposition, which at the given moment could have a majority in the Bundesrat.