Nord Stream 2: German and U.S. Credibility Suffers Serious Damage
Nord Stream 2 was designed as a pipeline that is supposed to supply gas to Central Europe, not to Germany and Western Europe. The goal of the Russians is to ensure that by putting pressure on Germany, they can use them as a proxy to blackmail the states of Central Europe.
Sławomir Dębski 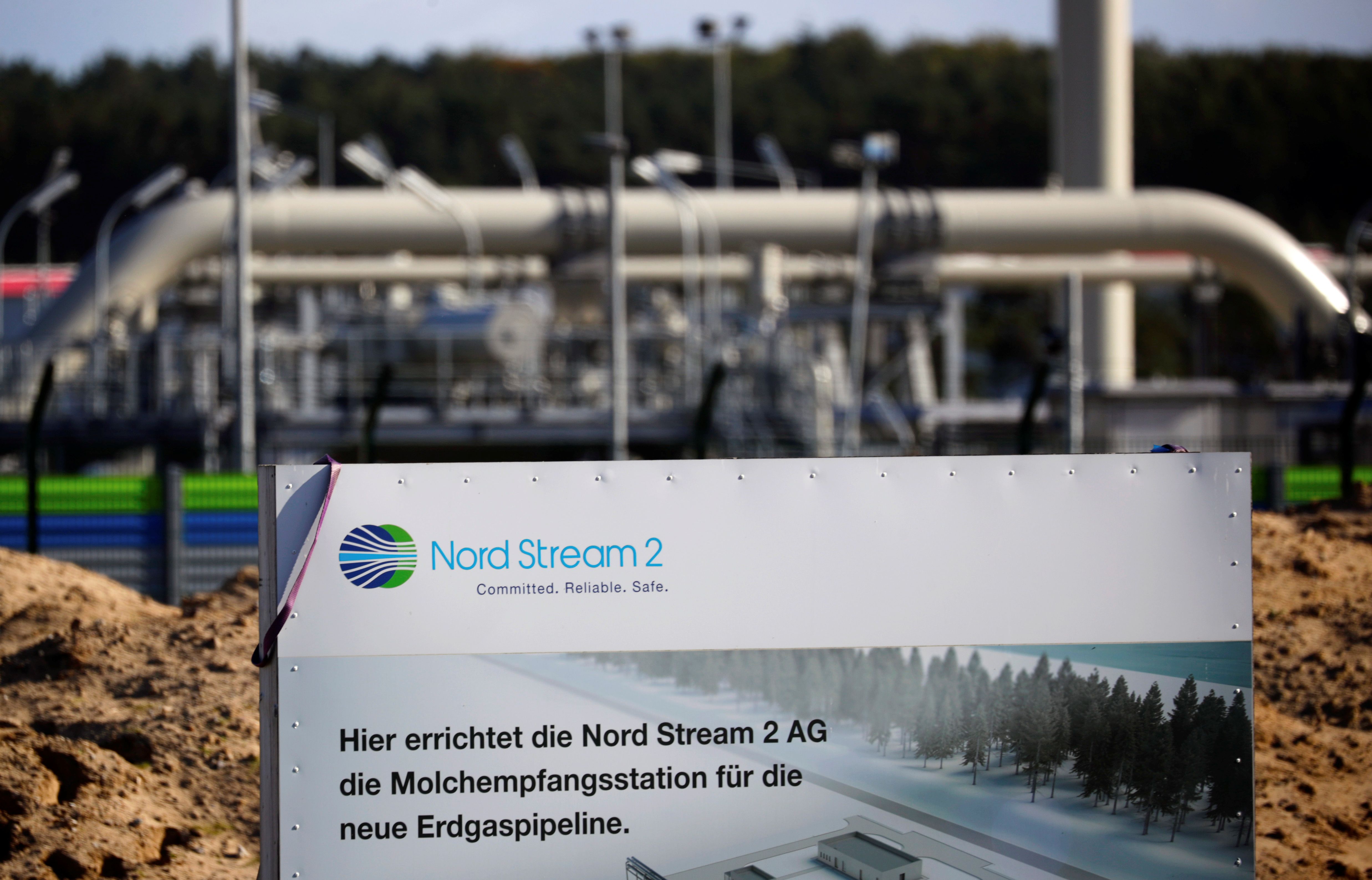 In 1987, Antony Blinken, the current U.S. Secretary of State, wrote a book on the topic of pipelines. Part of his study was the Reagan administration’s policy toward the Siberian gas pipeline that connected the Asian regions of the Soviet Union with West Germany. Blinken analyzed the Reagan administration decision not to sanction West Germany for their role in building the pipeline together with the Soviets. President Reagan recognized the unity of the West as more important than West German-Soviet relations and their consequences for the security of the continent. He decided to protect that unity at all costs.

Secretary Blinken’s analysis from 1987 provided was clearly the inspiration for current U.S. policy toward Nord Stream 2. Only that 2021 Europe is not the same continent that it was in 1987. The Soviet Union lacked the ability to export corruption and involve Western European elites in money laundering schemes that the Russia of today has. Brezhnev, Andropov, and Chernenko could not even dream of corrupting German Chancellor Helmut Kohl during the construction of the Siberian pipeline. Only Putin succeeded in bribing the Chancellor of the Federal Republic of Germany Gerhard Schroeder and transforming him into his lobbyist. For this reason, German credibility as a state impervious to Russian corruption, as an ally guided by morality and values in its foreign policy – to which after all belongs the idea of Western solidarity – was demolished. If Putin can bribe the German chancellor, he can corrupt anyone. So why did the White House make a decision analogous to the one in 1987?

Rumors of confidential talks between American and German diplomats (and certainly Russian ones) reached us in the first days after Joe Biden’s inauguration as U.S. president. They concerned, among others, the question of Nord Stream 2 and attempts at solving the Gordian knot tied around transatlantic relations by Chancellor Angela Merkel who supports the pipeline’s construction. In their article published in “Politico,” Polish Foreign Minister Zbigniew Rau and his Ukrainian counterpart Dmytro Kuleba described it as a blow to European solidarity, transatlantic relations, and also to the concept of Western unity. Nonetheless, the German and Russian sides consistently strive to complete their investment [LINK].

From the beginning, the Biden administration, which began governing in January 2021, attempted to find a way out to limit the possibilities of Russian energy blackmail against Ukraine and Central Europe. At the same time, the administration sought to avoid sanctioning Germany, who for Biden is one of his most important allies in Europe and the world.

How can we assess the efficiency of these attempts? Two conclusions can be drawn. First, the decision to forgo some sanctions against Nord Stream 2 – supported by strong rhetoric emphasizing U.S. objections toward the German-Russian pipeline – leads to the inference that the Biden administration does not seek to stop the project’s completion. So, their words do not translate into deeds but are a mere propaganda smoke screen, which aims to lead critics of the decision down the wrong path, thereby reducing political costs.

Second, the reactivation of another attempted U.S.-Russian “reset” is noticeable in American foreign policy. Merely citing some (at times outright scandalous) comments from the U.S. administration, like Blinken, who called on the importance of Russia in making “the world a safer and more secure place” is enough to support this claim.

It seems that this rhetoric forgets about the 12 thousand Ukrainians who died as a result of the Obama administrations political mistakes. In 2014, that administration recommended to authorities in Kyiv that Ukrainian soldiers not resist and lay down their arms when Russian armies were in the process of annexing Ukrainian Crimea. In exchange, Washington was to involve itself in seeking diplomatic solutions to the problem. Former National Security Advisor Zbigniew Brzeziński publically commented how Ukrainians made a mistake by succumbing to Washington’s advice. Rather, he believed they should have defended Crimea in a way akin to the defense of the Polish military outpost at Westerplatte near Danzig in the early days of World War II [LINK]. Now Central Europe knows that Americans can be wrong.

Signaling limited American sanctions on Nord Stream 2 is part of a new “reset,” both with Germany and authoritarian Russia. The previous “reset,” launched by the Obama administration, led to catastrophe in Europe – outright war in Ukraine. Today, many of those same people, oblivious to their experiences, are again announcing how they’ll build world “peace” with Russia.

The decision to withdraw some of U.S. sanctions against Nord Stream 2 was not accidental. We have been witnessing a structural re-evaluation in the hierarchy of U.S. foreign policy goals for some time. The decision to introduce a “reset” towards Russia is dictated, among others, by a vector shift in U.S. policy towards China and an attempt to build a coherent alliance vis a vis Beijing. In such geostrategic conditions, transatlantic relations, including the Russian issue, are losing importance, while the Indo-Pacific area and China itself are gaining ground.

The appeasement policy towards Putin is part of an American attempt to free itself from its obligations of maintaining peace in Europe. The bargain is that Americans will allow Putin to finish building the Nord Stream 2 pipeline in exchange for Putin’s commitment not use it to blackmail Eastern Europe. Sounds convincing? Sounds like something you heard before? It’s not without reason that Winston Churchill commented on the American decision-making process: "Americans can always be trusted to do the right thing, once all other possibilities have been exhausted." However, by pursuing such a policy now, the Biden administration takes even more responsibility for the security of Europe, including Ukraine, which is the stake for subsequent American mistakes.

Where does this place Poland? Almost 18 years ago the Federal Republic of Germany, our European ally, decided to prioritize its own business interests with Putin's Russia over solidarity and cooperation with allies in Central Europe. It was a wrong decision to make and all Polish governments - regardless of political differences - communicated this clearly and forcefully to Berlin. But since Putin succeeded in corrupting the German elite and already decided to pay the price of infamy, ignoring the Polish objections was the only strategy Germany was left with.

Nord Stream 2 was designed as a pipeline that is supposed to supply Russian gas to Central Europe, not to Germany and Western Europe. The goal of the Kremlin is to ensure that by putting pressure on Germany, they can use them as a proxy to blackmail the states of Central Europe and Ukraine politically, economically, and militarily. To prevent this scenario, Poland opted for diversification and independence from Russian gas (whether it is supplied to Poland from Russia or via Germany). Therefore, after the launch of the gas pipeline from Norway and the expansion of the LNG terminal in Świnoujście, Poland has a chance to avoid the Russian-German trap. But the allied credibility of Germany and the United States was severely damaged. This is bad news for everyone - Poland, Germany, Europe and the United States. 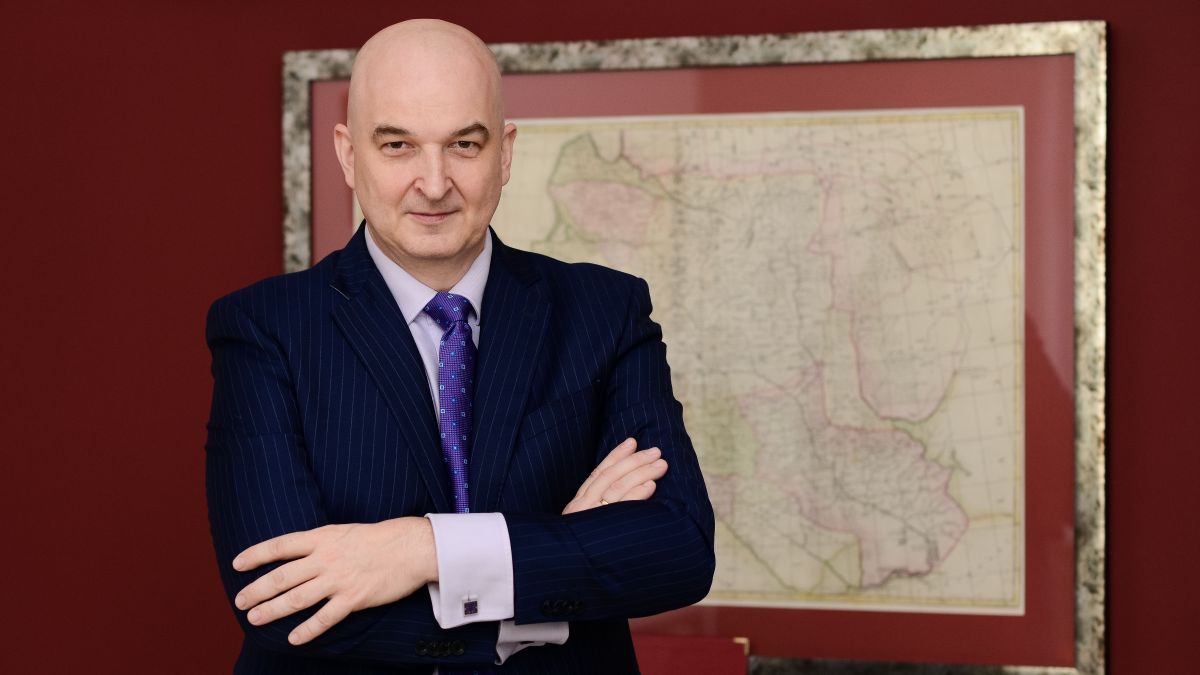