On 3 February 2022 the official opening of the Polish Institute of International Affairs Washington D.C. office and inauguration of the “PISM DC Embassy Talks” series took place in the official residence of Poland’s Ambassador to the United States Mr. Marek Magierowski. During the event Foreign Minister Zbigniew Rau met with ambassadors of European Union Member States, NATO allies, and other countries of special importance to Poland’s foreign policy interests. The evening was complemented by a special lecture delivered by Foreign Minister Rau entitled “Poland’s Leadership of the OSCE in a time of Crisis.” An important element following the foreign minister’s presentation was his discussion with PISM Director Dr. Sławomir Dębski, which aroused much interest among the invited guests. The evening ended with a series of questions to the foreign minister from among the diplomats gathered.

Please see photos of the event below: 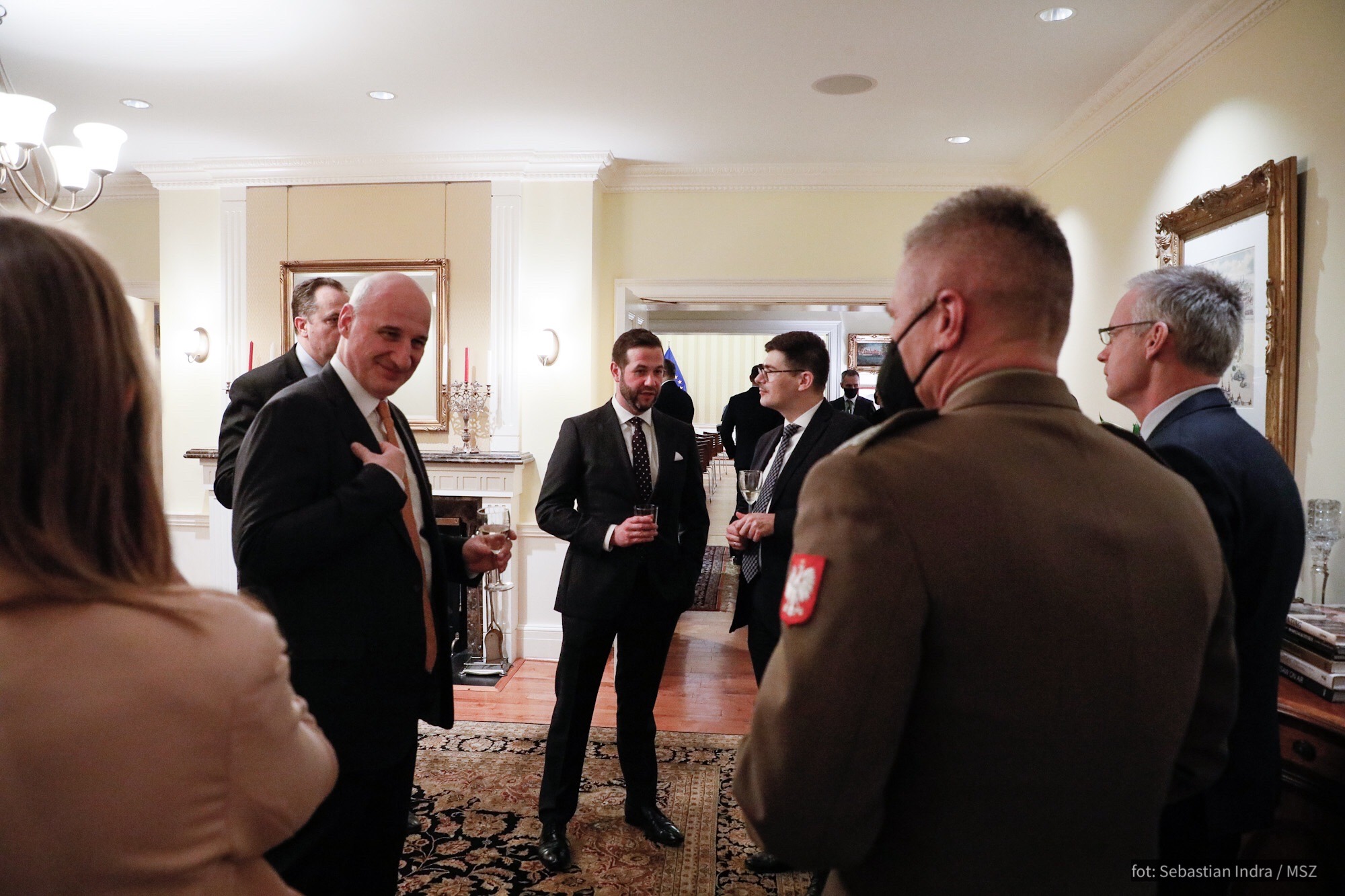